The Mooz 3D Printer can Print, Engrave, and Carve Wood! 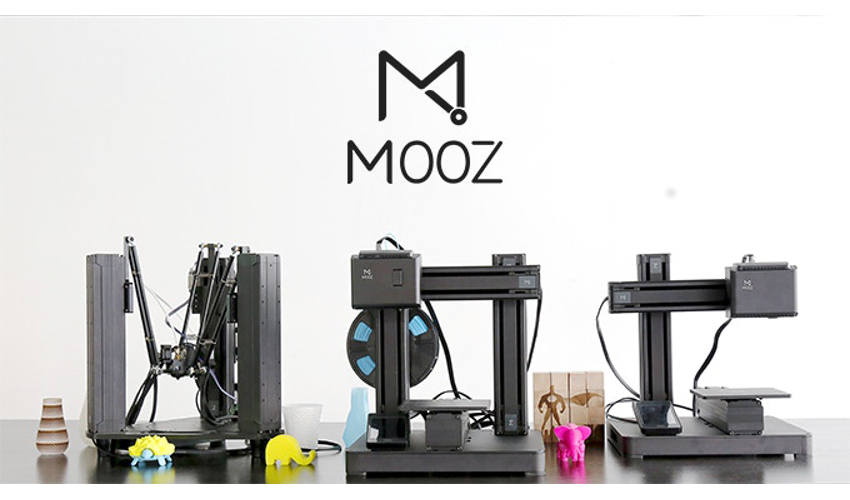 A printer that has recently been making a lot of noise in the 3D printing world is the MOOZ. The MOOZ is a 3D printer currently on Kickstarter that isn’t just a 3D printer. It’s a 3-in-1, 3D printer, laser engraver, and CNC carver. It achieves this through multiple interchangeable heads which each perform these different jobs. The MOOZ can currently be pre-ordered on Kickstarter starting at $239, though each of the other 2 features cost an extra $79 each.

Features of each MOOZ printer

As well as being a 3-in-1 there are also 3 types of MOOZ available; the MOOZ-1, MOOZ-2, and MOOZ-3. Though even the MOOZ-1 (the cheapest) includes the laser engraving and CNC carving, the highest-end model, the MOOZ-3, includes extras such as faster printing and colour mixing.

A worry may be perhaps that the MOOZ is attempting to do too many things to be the best at any one of them. However, according to their Kickstarter page and website, the printer can perform all of these tasks very well. We will analyse each area in the following paragraphs.

According to their Kickstarter, the MOOZ is made with “Industrial Grade Components”. They say a selling point of the MOOZ is it’s high-quality build. This is because the MOOZ is made from premium aluminium. Moreover, the company say the CNC body “delivers a great sustainability.” This makers the printer more stable, increasing preciseness and improving performance.

Furthermore, Mooz make some bold claims about their printer’s accuracy. They say in their Kickstarter that “the Linear Parallelism is only 0.01mm/100mm, in other words, when the slide block on the Guideway moves 100 mm, the parallel deviation barely at 0.01mm.” This is very impressive. This is further elaborated upon in their printing precision section, where they say the MOOZ is precise up to 0.02mm, an almost inconceivably small distance.

Due to the precision and stability of their printer, Mooz say that this enables a high quality print. There is no colour mixing except on the MOOZ-3, though the images on their site of this colour mix do look great. The information on the actual printing results on their Kickstarter page is fairly scarce however. Much time is spent elaborating on the preciseness, without much focus on what this means for the final product. 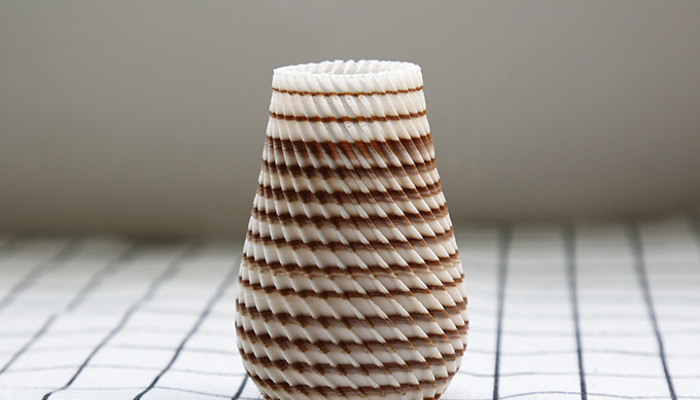 An object created with the MOOZ-3’s color mixer

What interested us in the first place was that this printer could also carve and engrave. Therefore, we wanted to find out how good the MOOZ was at doing these tasks. According to their Kickstarter, the MOOZ engraves with an adjustable depth of 0-5mm. This allows a shallow carving, which they show by engraving their logo.

Mooz show the effectiveness of its laser by engraving onto a piece of cork. They don’t make any claims about a certain level of accuracy on their page, though in their video it appears to be good. Mooz say you can engrave on wood, cork, and even food, showing its versatility.

The only worry is whether the MOOZ will be able to perform all of these tasks well enough to be considered effective. If it can, the MOOZ offers a fantastic solution to a multitude of problems in one, compact model.

Have an opinion? Let us know in a comment below or on our Facebook and Twitter pages! Sign up for our free weekly Newsletter here, the latest 3D printing news straight to your inbox!