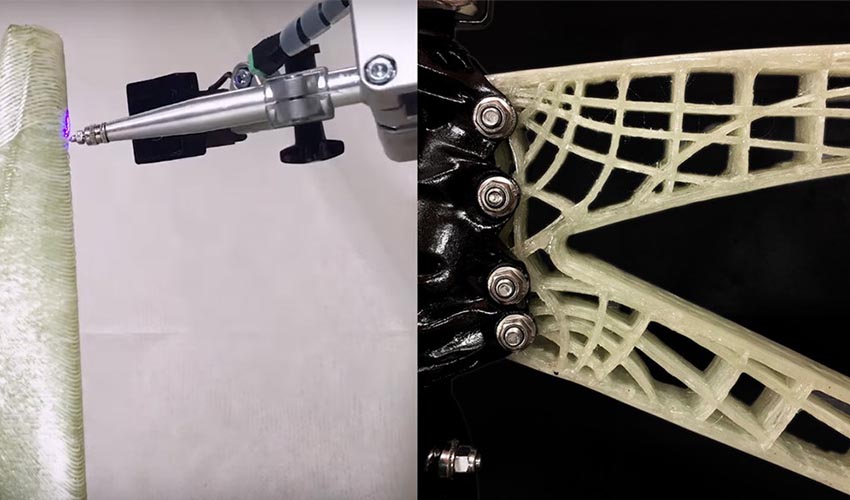 Composites manufacturing is a form of additive manufacturing that enables more structural efficiency for the finished part. Instead of creating a part layer by layer on a flat surface as you would with a 3D printer, this method manufactures in the Z direction too, giving the object more strength. The startup moi composites has developed its own composites fiber manufacturing process also known as CFM – it allows for composite fibers to be placed precisely where they are needed in the direction of the load paths to manufacture high-performance, three-dimensional structures. We sat down with Michele Tonizzo, CTO of moi composites to discuss the company’s technology and the sort of applications that could benefit from it.

3DN: Could you present yourself and your link with 3D printing?

My name is Michele Tonizzo and I am the CTO of moi composites, a spin-off company of Politecnico di Milano University in Italy developing Additive Manufacturing processes for composite materials. I started using 3D printing while working in architectural offices to realise scaled models of designs, and one day, by chance, I came across +LAB, the 3D printing lab of the “Giulio Natta” department at the university where I worked for two years as a researcher before founding moi and where I met with the other two founders: Gabriele Natale and Prof. Marinella Levi. 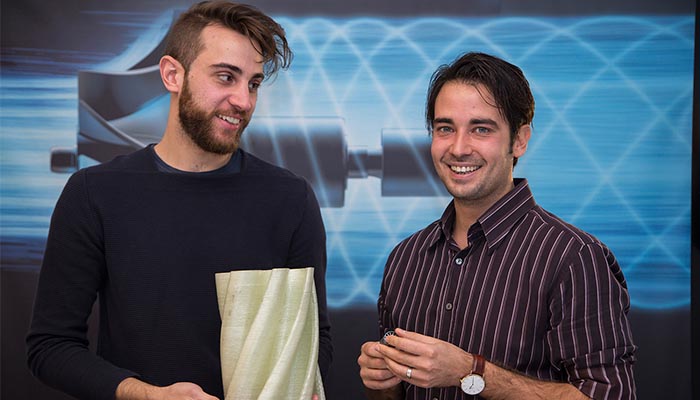 3DN: How did the idea of creating moi come about?

The CFM (Continuous Fiber Manufacturing) process behind moi came from Gabriele’s thesis in Design and Engineering and his desire of realising a boat without the currently tight design restrictions of fiberglass manufacturing. After his graduation, we started working together at +LAB on the development of the CFM technology, as well as other processes for different types of composites, with the idea, one day, of providing new solutions for the additive manufacturing of composite materials enhancing the performances of the fibers without design limitations. Three years after we decided it was time to go on the market and we founded our company moi. 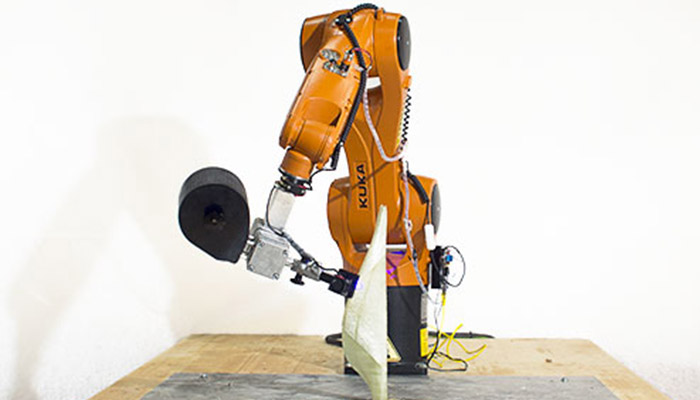 3DN: Could you tell us more about your CFM technology and its benefits?

Moi’s Continuous Fiber Manufacturing – CFM – process is able to merge the high mechanical performances of composite materials with the benefits offered by robotic additive manufacturing systems: the use of a multiple-axis machine magnifies the aptitude of additive manufacturing technology. Since composites are anisotropic materials, the performances of these objects strongly depends on the fiber orientation. By using a multiple-axis machine it’s possible to orient fibers in function of maximum stress lines. This allows the creation of 3D objects in composite materials starting from a CAD file, without using any other tool, such as moulds. This leads to a better utilisation of the material, depositing more or less, or none, depending on the stress and strain distribution, which is a typical bio-inspired approach. 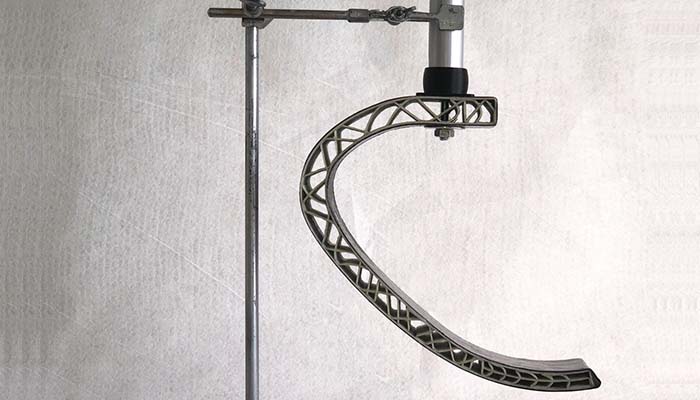 3DN: You produced a BMX, a lower limb prosthesis and a riser to showcase the capabilities of using a robotic arm, can you tell us more?

All those objects showcase the key potentiality of CFM technology, that is the deposition of the fiber aligned to the principal stress lines, which is able to achieve high performances, by exploiting the anisotropy of the fibers, and cutting weight by avoiding placing material where it is not needed. The BMX is the first project we realised together with Autodesk, after meeting at JEC 2017 where we won the Innovation Award with the Atropos project, and showcased at Formnext 2017.

The prosthesis, as well as the riser, are two thesis projects made in collaboration with +LAB and Politecnico di Milano, by Sara Schiavo and Alberto Riganti. 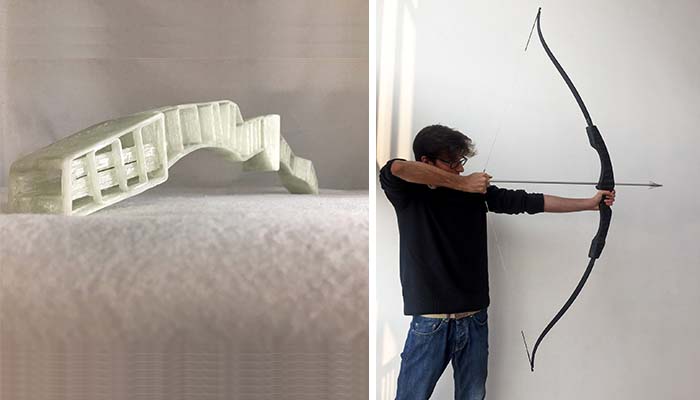 The BMX also showcased the ability of a multiple axis machine to free itself from depositing material only layer by layer, in fact, the back forks are curved in the Z direction in order to accommodate the back wheel.

The prosthesis, instead, was an example of an application where customisation is fundamental, in fact not only the shape can be tailor-made on the person but also, by optimising the internal shape, the mechanical behaviour can vary.

The riser was also tailor-made for the athlete’s preferences and achieved a final weight similar to, or less than Olympic risers. We were also able to simplify and cut the costs of production of a single part removing the tooling needed for the manufacturing (e.g. moulds). 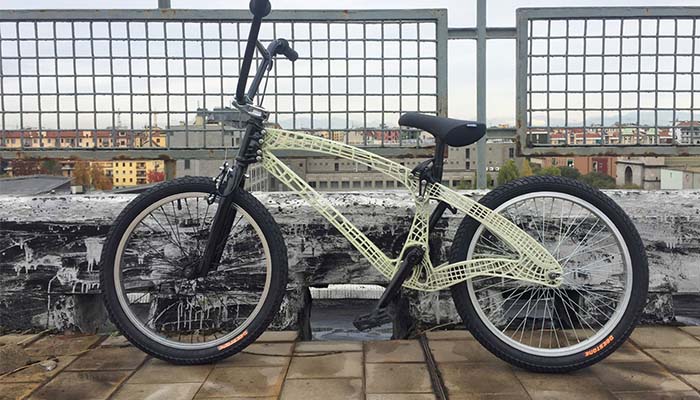 BMX Fiber Frame from a collaboration with Autodesk. The weight of the frame was reduced by 40% compared to the steel frame | Photo credits: moi

3DN: For which applications and sectors do you see your technology having the most use?

Continuous fiber composites are materials with some of the highest mechanical performance in the world and they are used in a wide range of sectors, such as Aerospace, Automotive, Architecture, Biomedical, Marine, Oil and Gas, etc. By merging the manufacturing capabilities of 3D printing to produce unique parts without having a break-even point, with the mechanical performances of composite materials we found that CFM technology can provide cross market solutions to industries where high performance objects that are tailor-made or unique (small series) are a must. In this first year of moi we’ve already worked with different industries: Aerospace, Marine, Oil and Gas and Biomedical, with new projects coming in the near future. 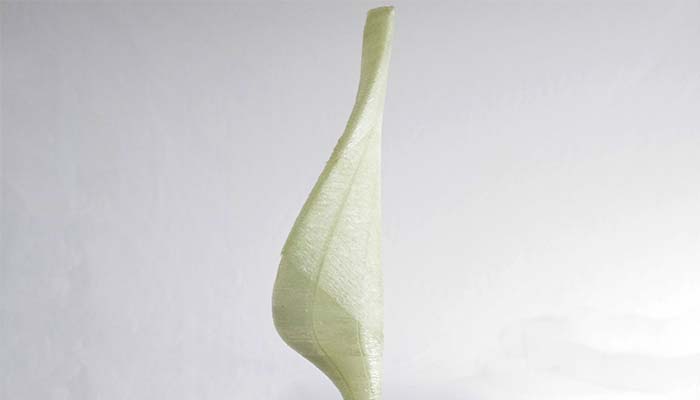 3DN : What is your vision of the additive manufacturing industry?

I believe that additive manufacturing is already responding in a great way to a problem that traditional manufacturing methods always struggled with, that is the production of single parts. Until recently, it unfortunately lacked high performance materials able to produce employable parts that made people see AM as a prototyping technology, which is actually one of the reasons we developed CFM technology back then. Now things are changing, and in the last few years, I have seen many new promising materials and AM technologies being developed that I am sure will allow additive manufacturing to find its place next to the other technologies and expand the manufacturing possibilities by opening new ways of designing for many industries. 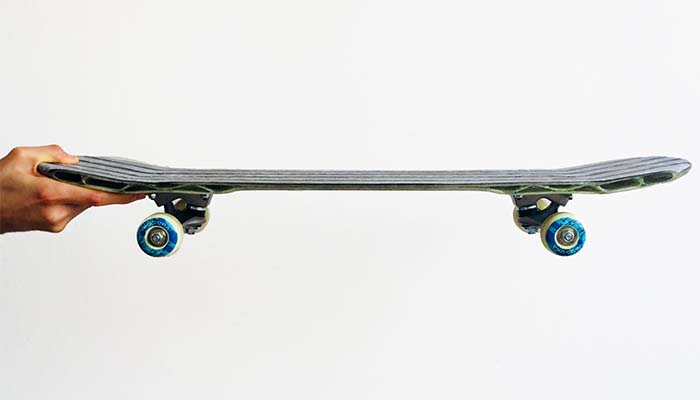 I am a strong believer of the motto “new is always better” since it can lead to unprecedented discoveries and revolutions. Therefore, I will suggest to never stop experimenting with new technologies, like Additive Manufacturing, because you’ll never know where it might take you.

What do you think of moi’s technology? Let us know in a comment below or on our Facebook and Twitter page! Don’t forget to sign up for our free weekly Newsletter, with all the latest news in 3D printing delivered straight to your inbox!