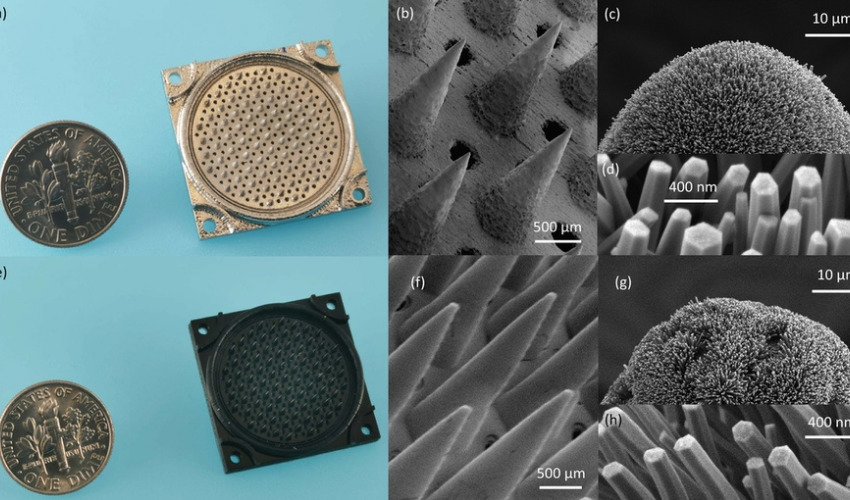 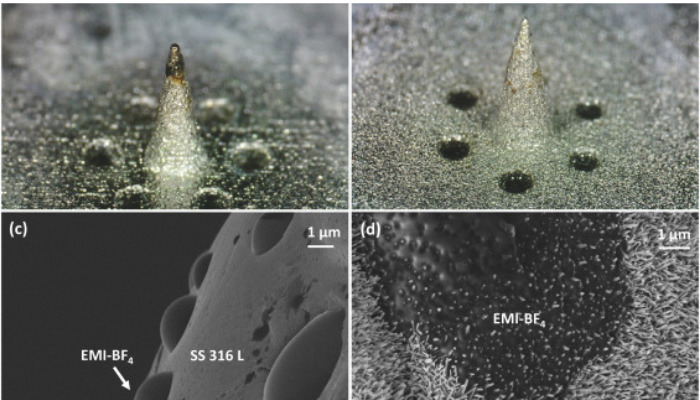 Similarly, the majority of additive manufacturing techniques are able to function on a miniature scale. Researchers thus experimented with two additive manufacturing methods to fabricate the emitting electrodes for the nanosatellite: binder jetting and vat polymerization. As for materials, the team chose SS 316L, a corrosion resistant stainless steel for the former, and FunToDo Industrial Blend resin (FTD-IB), a highly cross-linked, acrylic based polymer for the latter. While the stainless steel electrodes functioned better overall, the process proved very expensive. The polymer equivalent rivalled this performance, despite far lower production costs.

Why use 3D printing?

The relative efficiency and low cost of 3D printing has facilitated remarkable innovations across the industry, from parts for commercial aircrafts to entirely 3D printed rockets. Unable to exclusively emit pure ions, miniaturized thrusters manufactured using traditional subtractive and semiconductor cleanroom microfabrication methods lack the propulsive efficiency of their additively manufactured equivalents. 3D printing is thus a significant improvement. The lead researcher Luis Fernando Velásquez-García commented: “If you want to be serious about developing high-performance hardware for space, you really need to look into optimizing the shapes, the materials, everything that composes these systems, 3D printing can help with all of these things.” 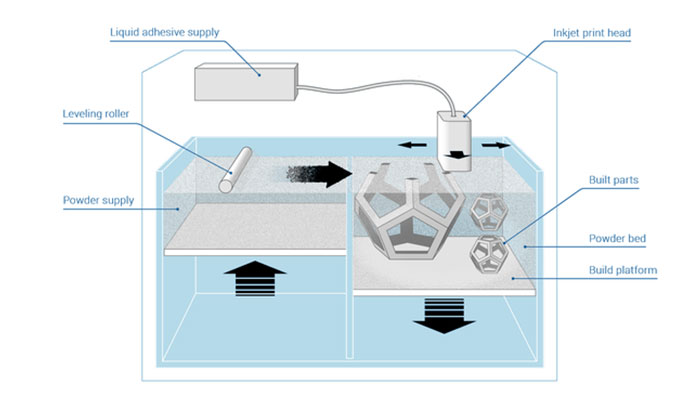 An illustrated example of Binder Jetting, one of the processes used in the creation of these nanosatellite thrusters (photo credits: Additively)

The use of 3D printing and hydrothermal growth has the potential to democratize nanosatellite propulsion technology as well as reduce design iteration time. This study has the potential to significantly impact future developments in miniaturized spacecraft propulsion ion beam applications. You can read the full research paper HERE.

What do you think about this ? Let us know in a comment below or on our Facebook and Twitter pages! Sign up for our free weekly Newsletter here, the latest 3D printing news straight to your inbox!