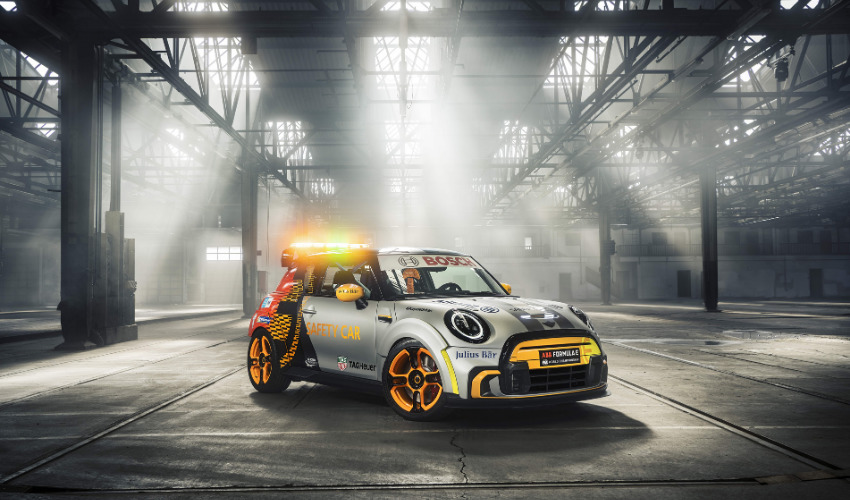 The MINI Electric Pacesetter (built in the image of the MINI Cooper from John Cooper Works, or JCW) has become the new safety car for the ABB FIA Formula E World Championship races. This new vehicle embodies the manufacturer’s desire to become a progressively more electric brand over the next few years. It is also particularly interesting because it is equipped with several 3D printed parts including custom-made pads for the seats. The car is the result of a collaboration between BMW, MINI Design, Motorsport, the FIA, and Formula E and is greatly inspired by the new MINI Cooper SE. It thus joins the many initiatives already developed in the automotive sector in the area of ​​additive manufacturing .

The Formula 1 world championship started last Sunday and MINI has now presented the first electric safety car, to be used for Formula E. The role of a safety car is, in the event of an accident when there is debris on the circuit or in dangerous weather conditions, to enter the track and place in front of the leader to slow down the pack , briefly stopping the race and thus solving the issues on the track. 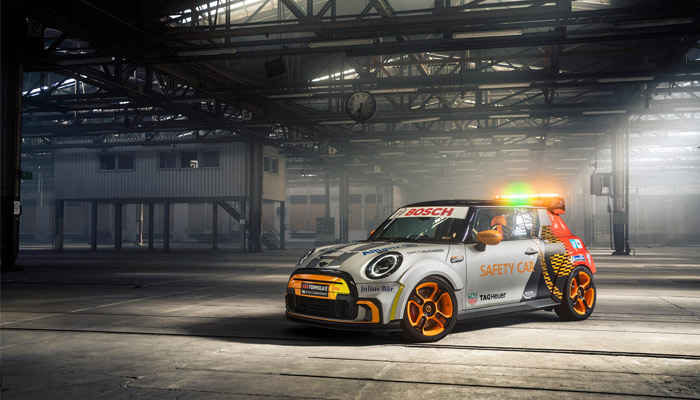 JCW, which brings together the range of sports models from MINI, wanted to keep the sporting and competitive spirit of its vehicles while making it electric, something that the brand has already done in the past.

“With the MINI Electric, we have already shown how well driving fun and electromobility go together,” says  Bernd Körber, Managing Director of MINI. “The MINI Electric Pacesetter inspired by JCW goes at least one step further and combines the performance character of the John Cooper Works brand with electric mobility. Of course, this extreme form as a safety car for the ABB FIA Formula E World Championship E racing series is not intended for road use. When you see the vehicle, you can see where we could go in terms of electrification of the JCW brand. For me it clearly shows: electrification and John Cooper Works go together.” 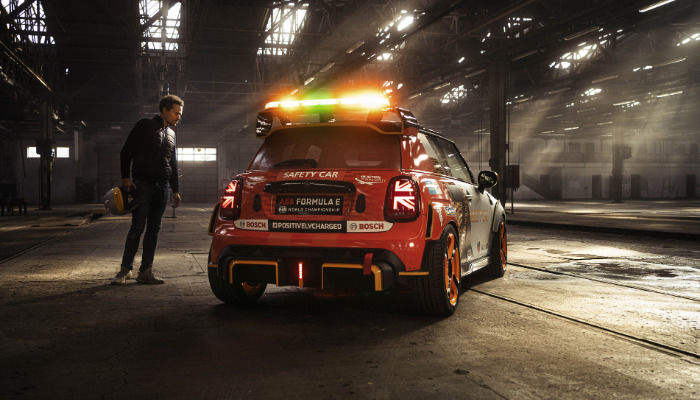 Oliver Heilmer, Head of Design at MINI, explains that technical precision and thoughtful design bring emotion to the vehicle: “Here, function dictates form, and many design elements have been shaped by technical considerations. For example, we worked closely with our colleagues at BMW Motorsport to develop the form of the wheel arches and front and rear aprons, and the optimization program for them included weight-saving measures. This visually striking, technically precise design language gives the car its pervasive sense of emotional engagement and excitement.”

The most interesting aspect of the vehicle is that it has sports seats whose pads are 3D printed, meaning they are interchangeable and fully customizable. The drivers can therefore be seated on a seat adapted to their build and weight but also to their personal tastes, without impacting their comfort and safety. 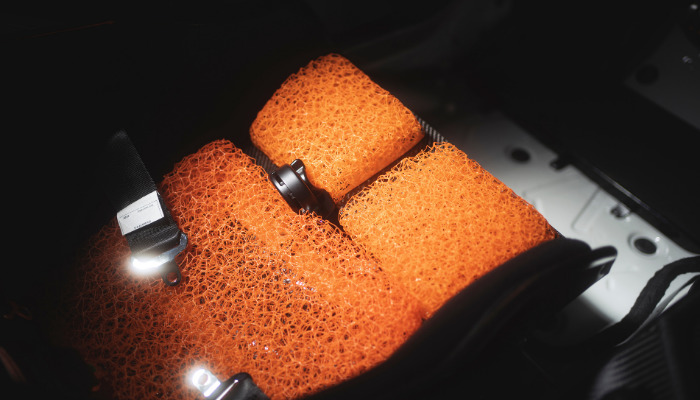 The pads are 3D printed and the color is customizable (photo credits: BMW Group).

The aerodynamics of the car have also been redesigned, in particular thanks to fairings and a spoiler which was also 3D printed, using recycled carbon like the pads. The rear wing of the car is also part of the elements produced thanks to additive manufacturing, displaying yellow accent lines on the roof, also incorporating the flashing lights. These three mechanical components were printed at the Oxford factory.

The interior is stripped down like that of a racing car. There are therefore two bucket seats, as well as carbon fiber door panels, a welded roll bar. Thanks to the reduced weight of the bearings, but also to the use of carbon fibers, the Pacesetter is around 130 kg lighter than a Cooper SE , the car having served as a model for the safety car. The ability to optimize weight is one of the many reasons that 3D printing is being increasing adopted by sectors like automotive and aerospace. The benefits can clearly be seen in this new model. 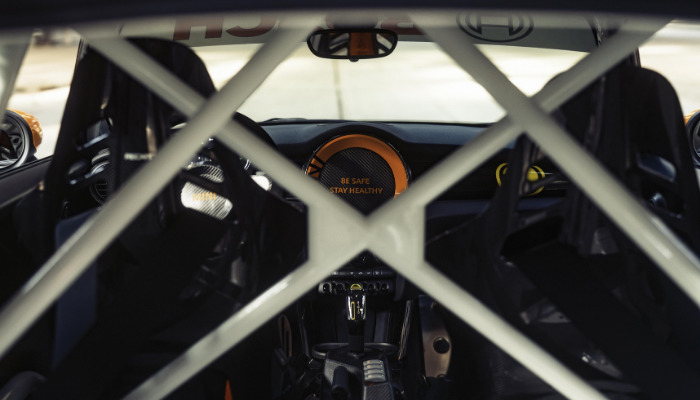 The JCW-inspired MINI Electric Pacesetter will be revealed for the first time in Rome on April 10, 2021, in the second round (race 3) of the 2021 Formula E season. Official championship safety car driver Bruno Correia, will be driving. “Agility, performance, and a cool looking car. the MINI Electric Pacesetter […] has it all ,” said Correia. “Driving is a lot of fun and it feels like going karting.” You can read more about the Electric Safety Car HERE .

What do you think of the MINI Electric Pacesetter? Let us know in a comment below or on our Linkedin, Facebook and Twitter pages! Sign up for our free weekly Newsletter here, the latest 3D printing news straight to your inbox!