Military 3D Printing Sector Expected to be Worth $1.7 Billion by 2027 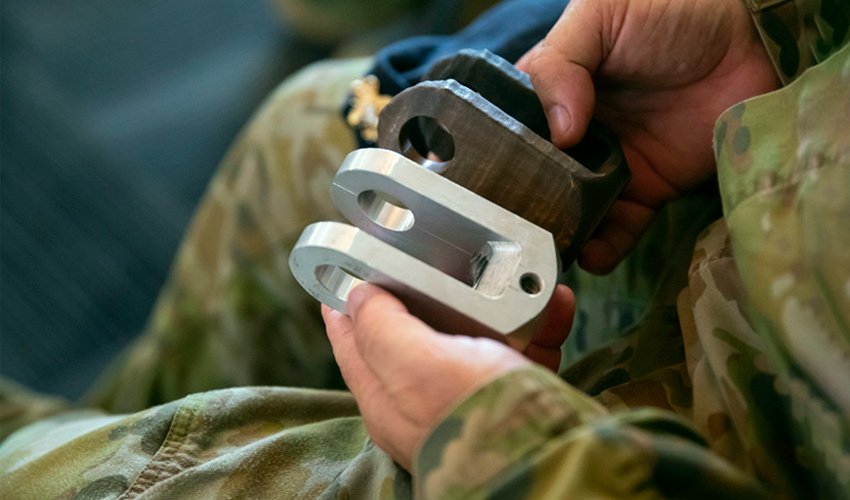 If you have been following for a while, you have probably seen that additive manufacturing is increasingly finding its place within the defence sector. And now this has been confirmed as according to a market report published by Stratview Research, 3D printing in the military is to keep growing  over the next five years. Indeed, the market is expected to generate a total value of $1.7 billion by 2027. This will certainly be welcomed as this sector was heavily hurt in 2020 by the Covid-19 health crisis, with a -3.8% decline that came to affect market dynamics, competition and the global supply chain. However, last year the industry started to recover again and, in fact, the increase in value is expected to be exponential in the coming years.

3D printing technologies in the military play a key role, not only because they enable parts to be manufactured quickly and locally, but also because they support military readiness on the battlefield. Even so, this production method is still in the introductory phase, mainly still used for prototyping and conducting analysis for suitability for the military rather than being implemented in real operations. Despite the negative impact of the pandemic, in 2021 the industry began to rebound with the resumption of manufacturing facilities, the availability of materials, the continuation of pending projects, and much more. And it is precisely thanks to these actions that the industry’s growth is being supported and is expected to reach a compound annual growth rate (CAGR) of 14.8%. 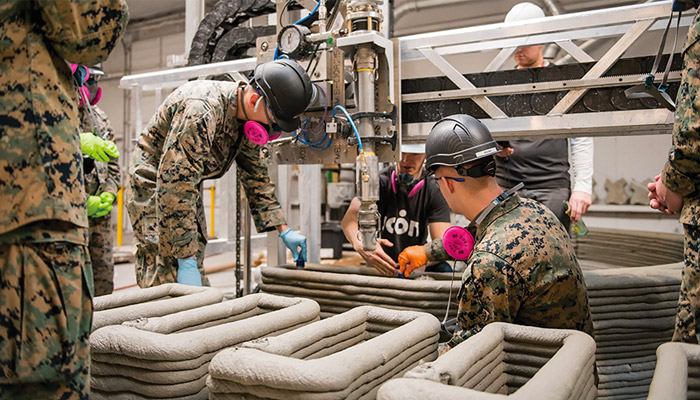 Stratview Research’s market report specifically gives a breakdown of how additive manufacturing is being used in the military. They have segmented it into a number of “types” including platform which includes land, naval and air, with the latter being the strongest due to the growing demand for 3D printing for aircraft spare parts. Regarding the type of supply, the study distinguishes between printers, materials, software and services, and 3D printers are expected to remain the dominant offering type in the forecast period. Another interesting point is the different types of application in the military sector, including prototyping, parts and tooling manufacturing, all boosted by investment in R&D for the creation of equipment and products. Finally, the report classifies technology types between extrusion, powder bed fusion, photopolymerization, binder injection and DED. By 2027, the leading method is expected to remain material extrusion due to its ease of use and cost efficiency.

In term of regions that are most implementing additive manufacturing it was to be expected that North America would be at the forefront of the areas where 3D printing is being implemented the most in the military category. Specifically, this is being lead by the United States as the country using the technology the most in its military bases, both domestic and overseas. This leadership is also driven by government policies with the goal of expanding the use of additive manufacturing in the activity. In fact, in January 2021, the U.S. Department of Defense unveiled its strategy for large-scale adoption of additive manufacturing at its department and defense industrial bases. The goal of this was to promote training and research into its use in an agile and safe way in defense. In addition to North America, the Asia-Pacific region is expected to be the fastest growing region over the next five years as the defense industry invests to take advantage of this technology. 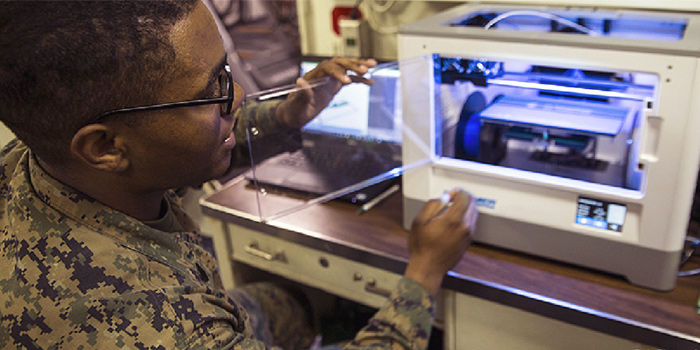 This is in line with what has been seen in terms of news from the sector. In just the past year, a number of militaries, especially American, invested in AM technologies for a variety of projects. For example, in the US, the first 3D printed military barracks were unveiled in Texas while the D.O.D. awarded ExOne a contract to develop a 3D printing factory pod for use in the field. At the same time, the US Navy invested in printers from MatterHackers among other projects, General Lattice was awarded a contract to make better helmets and in Australia tests were done with 3D printed spare parts for armored vehicles. In a field where being on the go and making decisions quickly is imperative, AM does seem to be the technology of the future. And that certainly seems to be what is suggested in this market research report.

Stratview Research’s market study provides a comprehensive analysis reflecting the current reality of the military 3D printing market and its prospects for the forecast period up to 2027. If you want to learn more about it, you can find it HERE.

What do you think of the growth of military 3D printing? Let us know in a comment below or on our Linkedin, Facebook, and Twitter pages! Don’t forget to sign up for our free weekly Newsletter here, the latest 3D printing news straight to your inbox! You can also find all our videos on our YouTube channel.