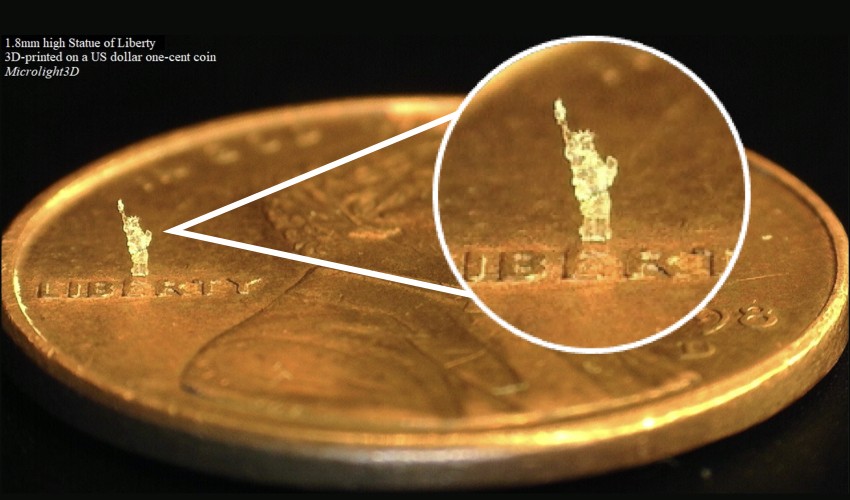 Microlight3D have 3D printed the world’s smallest replica of the statue of liberty to commemorate inauguration day in the USA (the swearing in of the President of the United States took place on January 20th) and show off their new Long-Range Z feature. The French company specializes in manufacturing high-resolution microscale 2D & 3D printing systems for both scientific and industrial applications. Earlier this month, Microlight3D showcased a similar project, having printed the world’s smallest champagne pyramid using its microfabrication 3D printing technology. The pyramid was just 2 millimeters high and comprised 35 micro glasses. Now, thanks to their new 3D microprinting feature, the company have once again managed to surpass the height limitation of micron-sized structures, without compromising micrometric resolution.

Using their new Long-Range Z feature, Microlight3D have created a replica of the statue of liberty measuring 1.8mm high by 0.6mm wide. This feature enables users to create tiny structures up to 10 mm tall. That’s 9.7 mm taller, than the previous limit of 0.3 mm. In order to demonstrate the variety of different printing substrates compatible with the technology, Microlight 3D printed the statue directly onto a one-cent coin. The statue itself was made from one of the company’s own materials – OrmoGreen. OrmoGreen is a polymer doped with silica nanoparticles, which as the main component of glass mean that the material possesses several glass-like qualities including rigidity and high chemical and thermal resistance. 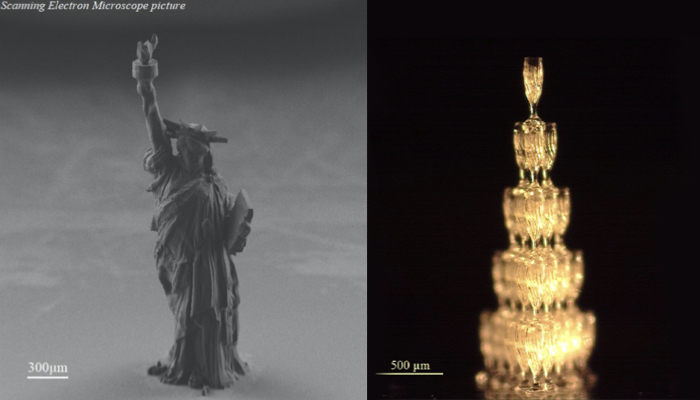 Philippe Paliard, co-founder of Microlight3D commented on the impact that he hopes this advancement will have: “Users will also be able to make alignments on a pre-existing pattern and print exactly where they want”. He continues, “researchers and industrial developers are looking to work on metallic or silicon wafers. Our enhanced 3D microprinting system, compatible with a wide range of materials and substrates, will allow them to micro-fabricate structures they couldn’t before; they will marvel at the ability of our µFAB3D-Advanced 3D-microprinter to align the laser and print on the tip of optical fibers for micro-optics applications.”

While the world’s smallest replica of the statue of liberty may seem like a somewhat light-hearted achievement, as Paliard also notes, the connotations of its existence are significant. This is particularly true for those using microfabrication for mechanical micro-parts, meta-materials, medical devices and other similar applications. Often these researchers and industrial developers will need to make objects with high micrometric resolution, that are a few millimeters tall. Microlight3D’s new 3D microprinting feature enables them to do so. With the Long-Range Z feature, Microlight3D have made it possible for users to fabricate mechanical micro-parts and meta-materials including medical devices, such as stents and micro-needles for transdermal injection, as well as micro-optics used as lenses on optical fibers, connectors and innovative micro-endoscopes, among others. 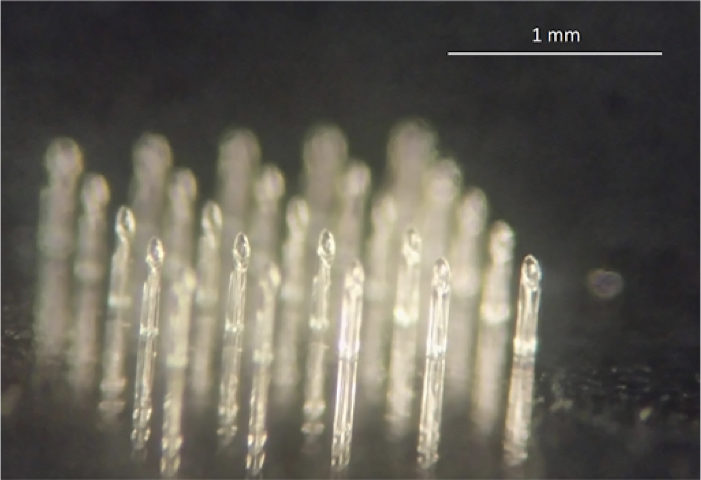 You can find out more about Microlight3D’s project HERE. What do you think about this new feature? Let us know in a comment below or on our Facebook and Twitter pages! Sign up for our free weekly Newsletter here, the latest 3D printing news straight to your inbox!

WEBINAR: How to Optimize your Designs for SLS 3D printing

#3DStartup: One Click Metal Wants to Make Metal Additive Manufacturing Accessible to All

#3DQuiz: Have You Been Following the Latest Additive Manufacturing News?