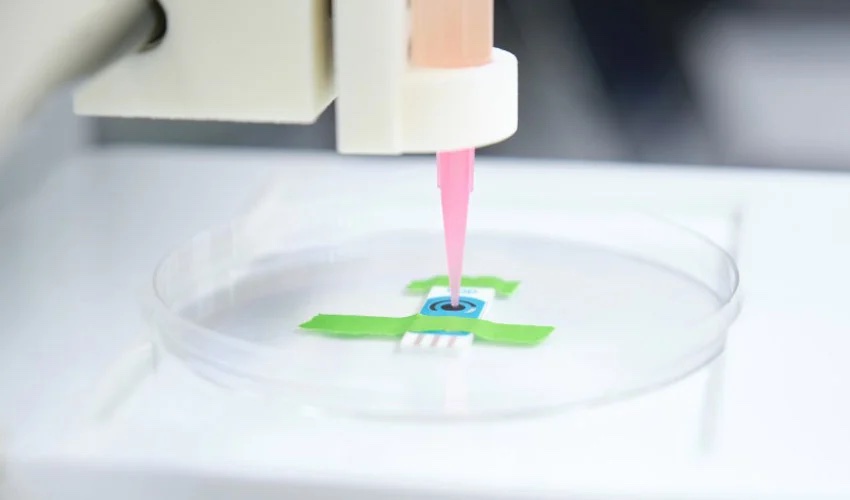 At the Stevens Institute of Technology in the United States, a team of researchers is currently working on the development of a bioprinting method based on microfluidics. This microfluidic bioprinting is a technique that manipulates fluids with characteristics in the micrometer range. The interesting part of it is that this project would give researchers the ability to work on a much smaller scale than ever possible before, even allowing for the creation of any type of human tissue. Researchers could reproduce the biological characteristics of human body cells very precisely thus advancing, for example, organ transplants.

Led by Professor Robert Chang, the team has developed a computational model to accelerate microfluidic bioprinting and enable organ development. According to the Division of Transplantation (DoT) of the Health Resources and Services Administration at the U.S. Department of Health and Human Services, there are currently 105,940 people on the national transplant waiting list. The lack of available organs for transplants is fatal for people across the country, and this issue could possibly be solved thank to 3D printing. As you probably know, bioprinting is able to reproduce customized cellular structures to facilitate the creation, for example, of skin or even organs. Though we are still far from obtaining a 3D printed heart or a fully functional kidney, as this latest advancement has clearly shown, progress is real. 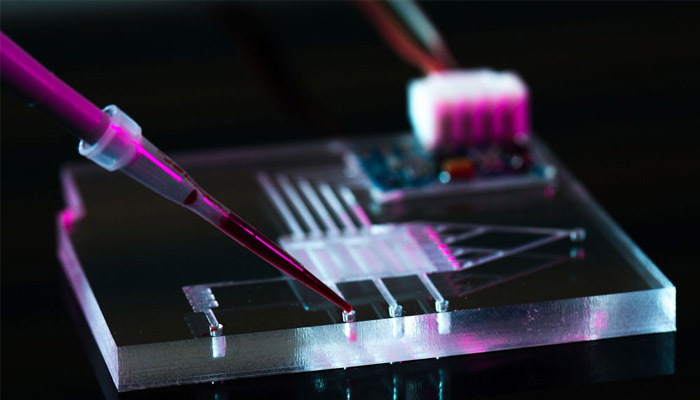 The research conducted by the research of this American team could tip the balance. That is especially because it is based on microfluidics. Other 3D bioprinters on the market are mainly based on extrusion, which are extruding inks layer by layer with a thickness of about 200 microns. However, thanks to microfluidic bioprinting, it would be possible to go down to only a few tens of microns and in that way have a scale much closer to that of the cell itself. Robert Chang explains: “Creating new organs to order and saving lives without the need for a human donor will be an immense benefit to healthcare. However, reaching that goal is tricky because printing organs using “bio-inks” — hydrogels laden with cultured cells — requires a degree of fine control over the geometry and size of printed microfibers that current 3D printers simply can’t achieve.”

By getting as close as possible to the scale of human cells, the team would be able to reproduce more detailed biological characteristics of each one. The team has developed a computer model of a microfluidic print head, to control parameters such as flow speed and fluid dynamics. This model allows it to modify the geometries and material properties of the bioprinted structure. Above all, it offers the possibility of mixing several bio-inks, and therefore several types of cells, to design more complex organs. 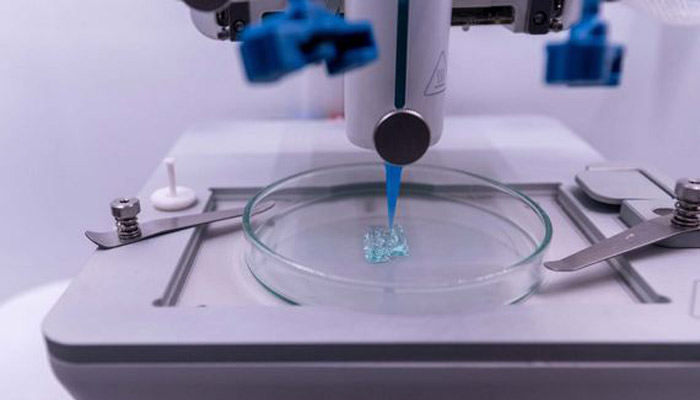 So far, the researchers say they have printed bladders using 3D printed scaffolds. But by combining multiple bio-inks, they hope to go much further. Robert Chang concludes, “Being able to operate at this scale, while precisely mixing bio-inks, makes it possible for us to reproduce any tissue type. This technology is still so new that we don’t know precisely what it will enable. But we know it will open the door to creating new structures and important new types of biology.”

While waiting for further developments, you can visit the Stevens Institute website HERE. What do you think of this microfluidic bioprinting method? Let us know in a comment below or on our Linkedin, Facebook, and Twitter pages! Don’t forget to sign up for our free weekly Newsletter here, the latest 3D printing news straight to your inbox! You can also find all our videos on our YouTube channel.