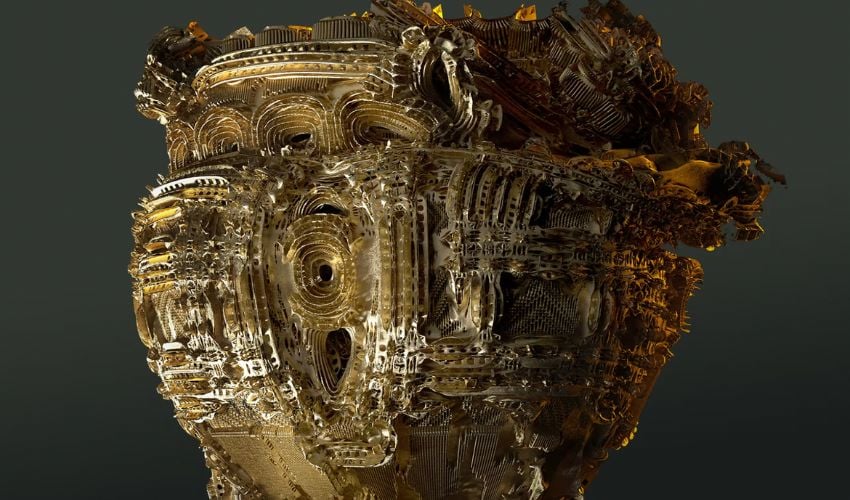 There are already a large number of different art installations in which artists have turned to additive manufacturing in different forms. Whether it be different technologies or materials, this list includes works by artists such as Julia Körner and her 3D-printed installations in the Palazzo Gritti in Venice or Peter Lang, who used AM to create futuristic works. Now Michael Hansmeyer also joins this list with his creations. Hansmeyer, who is both an architect and a programmer, recently showed his latest works, called Digital Grotesque I and Digital Grotesque II. These are designs inspired and produced by algorithms. Overall, according to the artist, the goal of the installations is to create an architecture that “defies classification and reductionism.”

Michael Hansmeyer can already sign his name to a variety of 3D-printed artworks. In addition to Digital Grotesque I and II, he also counts works such as The Magic Flute, White Tower, and Maquarnas. But the reason why Digital Grotesque is worth mentioning is quite simple: the form created by algorithms is both synthetic and organic, which, according to his own statements, gives an expected as well as unexpected appearance to the overall image of the artwork. Even if algorithms are attributed a certain determinacy, the artwork as a whole seems rather surprising, not least due to the use of 3D printing as a manufacturing method. 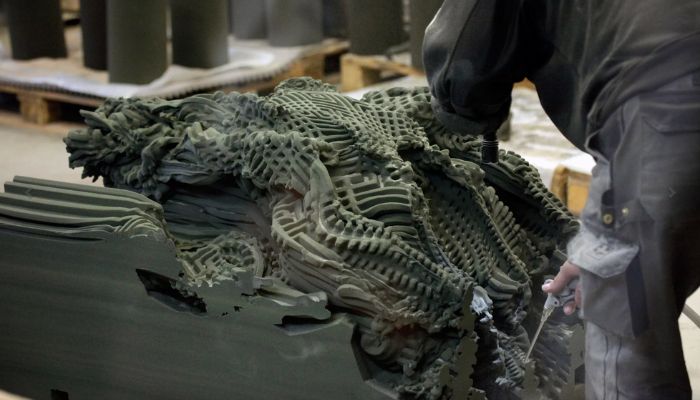 The Role of 3D Printing in the Production of Digital Grotesque

Thanks to 3D printing, Digital Grotesque is made entirely of sandstone and has a complex geometry, which in turn consists of millions of individual small facets. The reason Hansmeyer opted for sand printing technology here relates to special properties that are of great importance for the creation of architectural components, such as the production of large-format elements that can currently be printed up to eight cubic meters in size with high resolution and accuracy. Of course, components such as price and printing time were also key factors. Among other things, there is no need for additional costs when it comes to embellishments and free-form geometries.

The 3D printer used here is a printer from the company voxeljet and has a size of 4 x 2 x 1 meters. The artist does not mention which 3D printer it is specifically. With a height of 0.3 mm per printed layer, the Digital Grotesque artwork has a resolution of up to 300 dpi and was completely printed in just two days with sand (silicate) and binder. Since this is sand as a material, post-processing was also used to make the finished artwork astonishing. The material, which has also been used for centuries for the construction of churches, temples and other buildings, is removed from the 3D-printed object after the finished 3D printing – of course, only that which was not included in the part and thus only adheres to the work of art. To add an additional level of stability, the printed sandstone is infiltrated with resin, which means that the resin seals the fine pores of the object. Finally, the 3D-printed piece was sprayed. 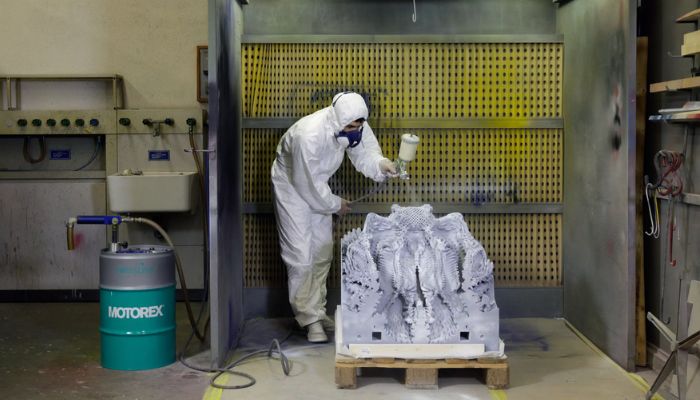 All in all, then, Digital Grotesque is a work with a base area of six square meters and, as already mentioned one, raises a height of 3.2 meters. Hansmeyer gives the weight in metric tons, which at 5.8 metric tons is equivalent to 5800 kilograms. As for the time aspect, the design development took about a year, the printing just a month and the finished assembly only a day. To learn more about Michael Hansmeyer and Digital Grotesque, click HERE.

What do you think of Digital Grotesque? Let us know in a comment below or on our LinkedIn, Facebook, and Twitter pages! Don’t forget to sign up for our free weekly Newsletter here, the latest 3D printing news straight to your inbox! You can also find all our videos on our YouTube channel. If you want to keep up with all the latest news from Formnext 2022, be sure as well to subscribe to our dedicated Formnext Newsletter.