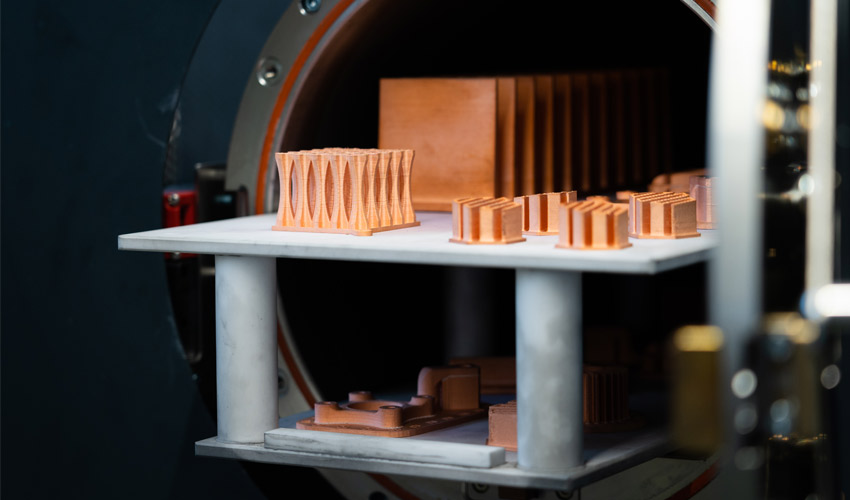 The US manufacturer Markforged announced last week that it would be possible to 3D print pure copper parts on its Metal X machine – a metal additive manufacturing solution that is relatively more accessible than competing systems. This is interesting news for all users of metal 3D printing as copper remains a difficult material to print using a Laser Powder Bed Fusion process. The addition of copper to its range of materials, in filament form, should enable users of the Markforged solution to produce complex components with high electrical and thermal conductivity.

In 2017, Markforged introduced its first metal 3D printer, the Metal X, whose printing process is close to MIM (Metal Injection Molding). It is based on an extrusion process, like other machines in the manufacturer’s range, and can create parts in steel, Inconel and now copper. The user could therefore obtain parts made of pure copper, which is uncommon in the additive manufacturing market. Indeed, copper in powder form is difficult to 3D print using a laser process because the metal reflects light so well that it will also reflect a large part of the energy required to manufacture the part. Only a few players such as GE Additive or Optomec offer this material for their machines, while others rely on copper alloys. 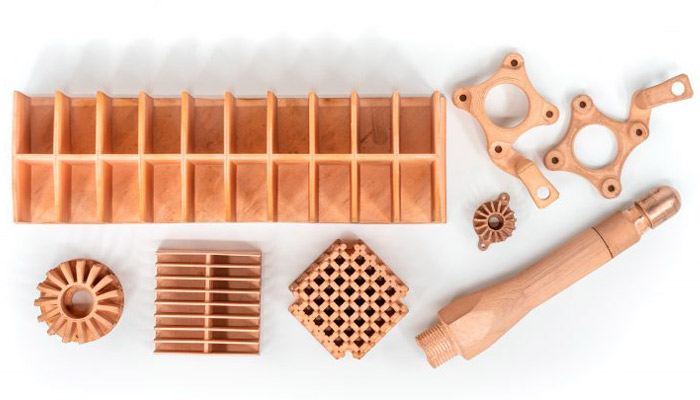 Markforged adds copper to its range of 3D printing materials

The additive manufacturing process developed by Markforged avoids the issue posed by the reflectivity of the copper. Greg Mark, CEO and founder of the company, adds: “Copper is the engine of our world. It is everywhere. It builds our cars, activates telephones and runs electrical equipment. Copper has always been an expensive and difficult material to machine, incompatible with other 3D printing processes in its pure form. Today, we have made it easier and cheaper to produce. Markforged’s 3D printed copper will be a game-changer for the automotive and electronics industries, and will open the door to innovation in many other areas.”

The copper proposed by Markforged should have a high thermal and electrical conductivity, including a thermal conductivity greater than 350 W/mK and an electrical conductivity of 84% IACS. Thanks to additive manufacturing, manufacturers will be able to imagine more complex parts that were previously impossible to machine. In fact, Markforged has begun working with an automotive manufacturer to test several 3D printed copper parts. Among other things, they designed welding rods, used to spot-weld vehicle body parts. After several extensive welding tests, the manufacturer found the same strength as those traditionally used. But what is interesting is that he managed to reduce his production times by 12 and his costs by 6. 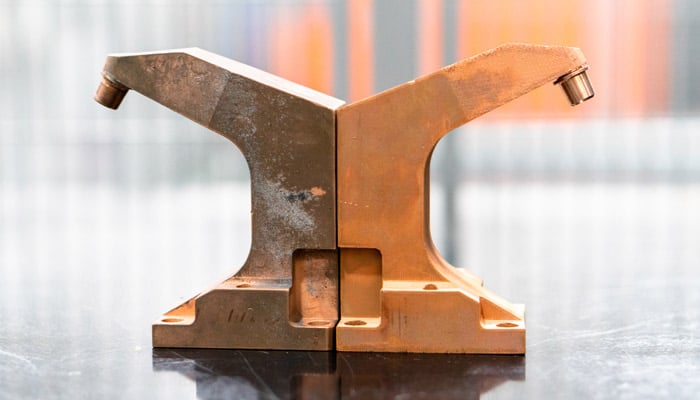 On the left, a machined copper part; on the right, the same but 3D printed | Credits: Markforged

In addition to reduced production times and lower costs, additive manufacturing also allows you to reduce inventories and design only the parts you need in real time. This is particularly valuable in the automotive industry where thousands of components are required to manufacture a car. Markforged’s partner adds: “Now that we have successfully evaluated the weld tests, we plan to expand our 3D printing capability on this and other metal components. 3D printing of copper with Markforged is faster and more cost effective than purchasing complex machined components, and we hope it will help us mitigate exposure to downtime and reduce inventory costs by $200,000 per year by using a single Metal X.” Find out more about this new copper on the Markforged website. 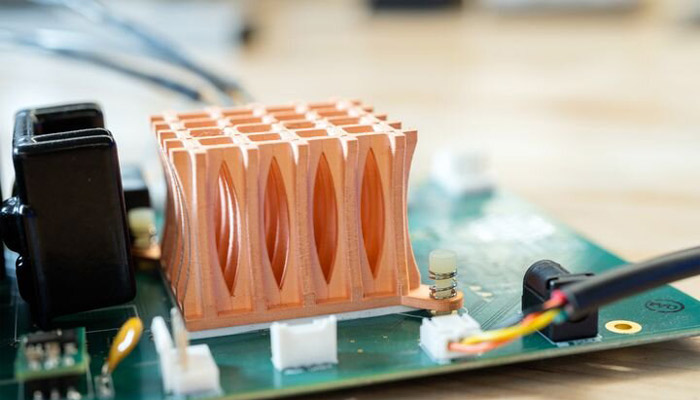 What do you think of Markforged’s new offering? Let us know in a comment below or on our Facebook and Twitter pages! Sign up for our free weekly Newsletter, all the latest news in 3D printing straight to your inbox!