Metal X: Metal 3D printing at a low price thanks to MarkForged 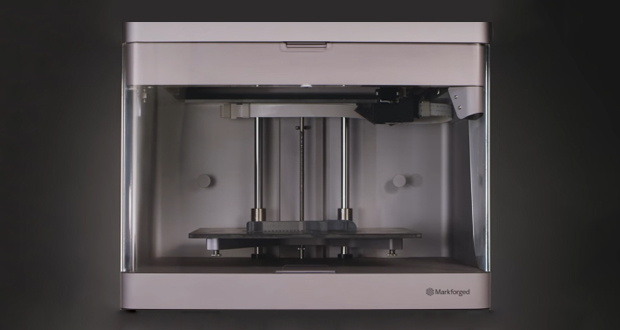 In 2014, MarkForged made headlines for his new 3D printer, the Mark One. This was the first machine capable of extruding carbon filaments. Following two years later, they were developing a more affordable Onyx Series that would be based on the same technology. But, at the CES that ended in January of this year, the company has risen the bar even higher by revealing the Metal X. A machine that could make quite a splash on the additive metal manufacturing market.

This printer uses a specially developed technology called Atomic Diffusion Additive Manufacturing (ADAM) and while information is still scarce, the method overall relies on the deposition of a metal powder and plastic supports that are removed once the product has finished. A final step is to sinter the powder in order to obtain a dense metal part. The print volume of the Metal X should be 250 x 250 x 200 mm. 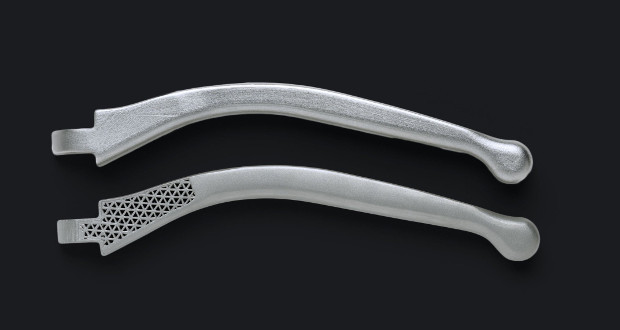 In a market where machines can quickly reach millions of dollars, the real marvel of the Metal X is that it costs just under $100,000.

The CEO of MarkForged, Greg Mark has also confirmed: “Until now, when were talking about a 3D metal printer, we were thinking about a $1 million machine that was taking up space. With the launch of Metal X, metal production is simpler and more accessible than ever. Our mission is to help companies produce better products faster”.

In addition to already being a relatively easy to use and accessible machine, Metal X makes it possible to create very complex shapes that cannot really be done with the current metal printers, says the CEO. The printer will initially offer the possibility of producing parts from stainless steel or titanium. 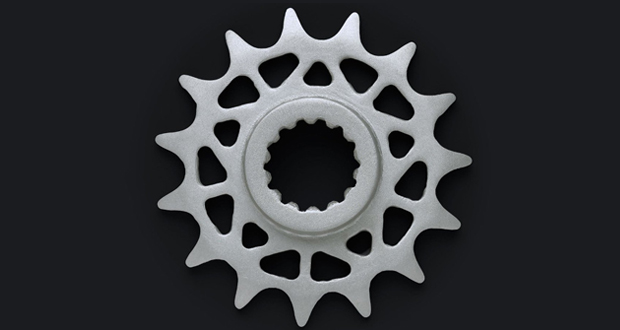 Furthermore, the Metal X will be equipped with the Eiger cloud platform that has also been developed by MarkForged. This will allow for real-time analysis of the part being printed, allowing you to ensure that it meets all the specifications needed. If an error is detected, the printer user will be alerted and can choose to cancel the printing in order to save time and material.

MarkForged mainly targets the automotive, medial, or aeronautics markets, but the aggressive price of the Metal X could open the doors of many SMEs who want to try to manufacture additive metal.

The Metal X is already available for $99,500 and deliveries are expected to begin in September of this year. Greg Mark says: “If you can afford a 3D metal printer at a million dollars, buy one. For the rest of the world, it’s for you.

What are your thoughts on the Metal X? Do you think it’s going to be a game changer for metal 3D printing? Let us know by sharing a comment below!