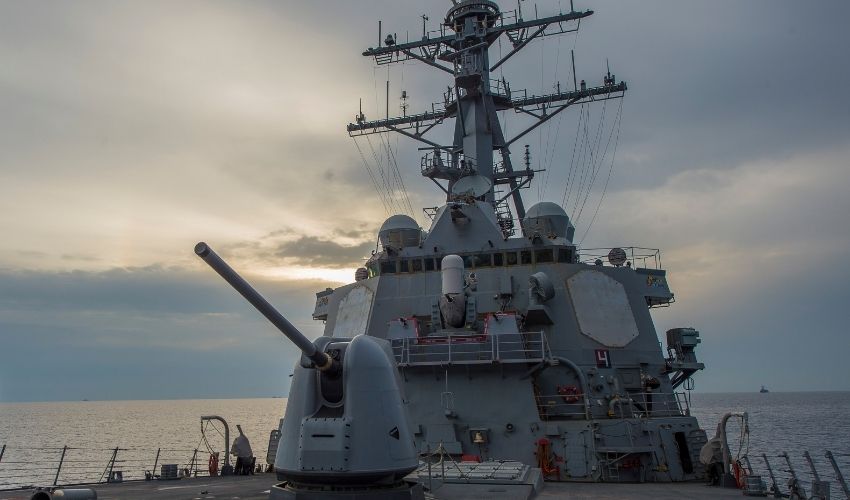 MatterHackers, the largest US-based retailer of desktop 3D printers and materials, has announced that the company was awarded a 5 year NAVAIR (Naval Air Systems Command) Tier 1 Additive Manufacturing System Contract by the US Navy. Over the course of the contract, the company would provide printers, filament, IT and support, and maintenance as well as on-the-ground training by Building Momentum. As the largest contract award by the Navy for 3D printers, it shows the continued commitment to additive manufacturing by various branches of the armed forces in the United States and worldwide.

The Navy has been interested in the topic of AM for quite some time thanks to its speed but also for its ability to create spare parts. For example, back in February, we told you about the Naval Postgraduate School (NPS) who adopted Xerox’s 3D printer, ElemX, for a collaborative research project into the capabilities of additive manufacturing for the Navy and Marine Corps. One of the applications being studied included the possibility of creating spare parts especially on boats in open sea, though they also noted tooling work. Now, with the awarding of this a five-year IDIQ contract, it is clear that the Navy continues to see the value of additive manufacturing. Or as Mr. Robert Kimble, NAVAIR’s Naval Sustainment Group Director, commented “The IDIQ brings the much needed capability of printing parts at the point-of-need to our Warfighters.” 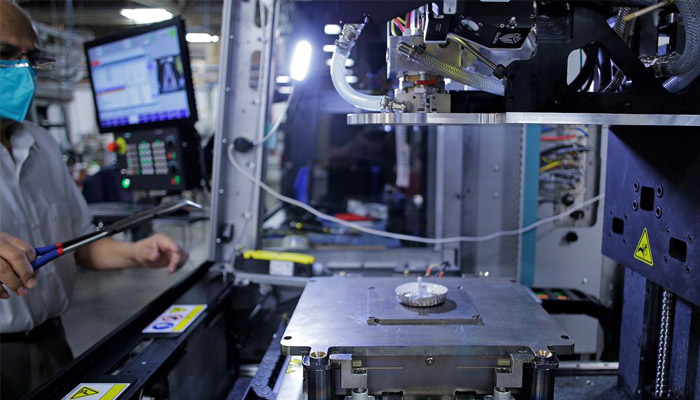 This is not the first time that the US Navy has turned to 3D printing. Previously, the NPS adopted a Xerox 3D printer for research purposes (photo credits: Xerox)

The Contract Between MatterHackers and the US Navy

The contract will make MatterHackers a one-stop-shop for additive manufacturing needs for NAVAIR, Naval Air Systems Command. And it is no mistake the company was chosen but rather thanks to its extensive relationships with vendors in the industry due to its status as the largest 3D printing retailer in the US. Additionally, it has also had a previous relationship with the US military as it fulfilled a previous contract award that delivered 3D printers and training to the I MEF Additive Manufacturing Training Center at Camp Pendleton.

The deal will include not just the shipping of additive manufacturing systems to US Navy and Machine bases across the US and overseas, but also components like training. This is crucial as one of the biggest obstacles that has been identified for the proper implementation of AM has been a lack of education in critical matters like design for AM (DfAM). MatterHackers’ partner, Building Momentum, an immersive training and interactive learning company that often uses 3D printers, will provide  the hands-on training for any base receiving a Tier 1 Additive Manufacturing System. According to the press release, the company will also provide follow-on training for advance materials and problem solving throughout the five-year contract period. 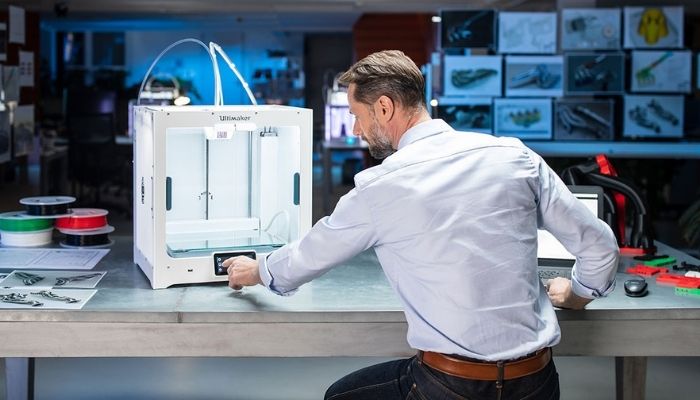 MatterHackers chose the Ultimaker S5 as the ideal 3D printer for the contract (photo credits: Ultimaker)

In terms of actual printers provided, the Ultimaker S5 was identified by MatterHackers as the best for the effort. According to MatterHackers this was due to a few reasons including, but not limited to, “Its large-scale build volume, catalogue of compatible materials with NFC-chips for ease of use, IT-secure design options, and powerful Cura software.” Ultimately, the deployment of the Ultimaker S5 desktop polymer system to Fleet Readiness Centers, Marine Aviation Logistics Squadrons and associated Expeditionary Units, represents the first step in a three-tiered approach to implement AM in the Fleet. Further down the line they are also interested in the deployment of Industrial Polymer and Metal part printing systems. If you would like to learn more about the contract, you can find more information HERE.

What do you think of the deal between MatterHackers and the US Navy? Let us know in a comment below or on our Linkedin, Facebook, and Twitter pages! Don’t forget to sign up for our free weekly Newsletter here, the latest 3D printing news straight to your inbox! You can also find all our videos on our YouTube channel.