What if living on Mars was possible by using 3D printing? That’s the question researchers at Washington State University (WSU) have asked themselves. Recently, they succeeded in making a solid, high-performance material that could be used to 3D print tools or rocket parts on Mars. In order to do this, tests were conducted with Martian regolith, a black powdery substance used to mimic the rocky material found on the surface of the red planet. The material was mixed with titanium alloy, which is a material used in space exploration because of its heat resistance and strength.

Notably, the researchers printed several parts, each with a different percentage of Martian regolith. According to WSU professor Amit Bandyopadhyay, the parts 3D printed with 5% of the black powder are stronger than those made with titanium alone. The objects made of 100 percent regolith, however, turned out to crack more easily and lack strength. Nevertheless, the material is still useful for the manufacturing of coatings to protect equipment from rust or radiation damage.

The 3D Printing Process of The Material

For this study, Amit Bandyopadhyay, along with graduate students Ali Afrouzian and Kellen Traxel, used a powder-based 3D printer to mix the Martian rock dust with titanium. A high-powered laser heated the materials to over 2,000°C (~3600°F). Then, the molten mixture was cast on a moving platform that allowed the researchers to make parts of different sizes and shapes. Once the material cooled down, tests were conducted to explore its strength and durability.

This innovation could make it possible to manufacture parts directly on Mars. Amit Bandyopadhyay says, “In space, 3D printing is something that has to happen if we want to think of a manned mission because we really cannot carry everything from here, and if we forgot something, we cannot come back to get it.” Indeed, moving materials into space would cost about $54,000 for merely a single kilogram of cargo. So anything that can be made directly in space or on Mars would save money as well as weight in the space shuttle. Amit Bandyopadhyay also states that the study is still in its early stages and that the team hopes to achieve even better results by using different metals or 3D‑printing techniques. You can find the original press release HERE. 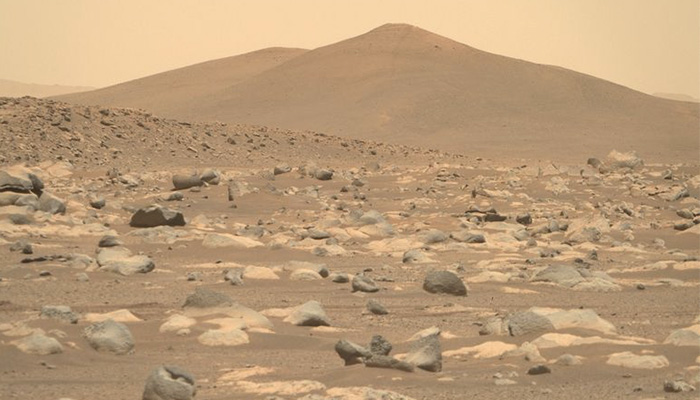 What do you think about using 3D printing to manufacture objects directly on Mars? Let us know in a comment below or on our LinkedIn, Facebook, and Twitter pages! Don’t forget to sign up for our free weekly Newsletter here, the latest 3D printing news straight to your inbox! You can also find all our videos on our YouTube channel.