MakerBot announces its return with the Makerbot Method 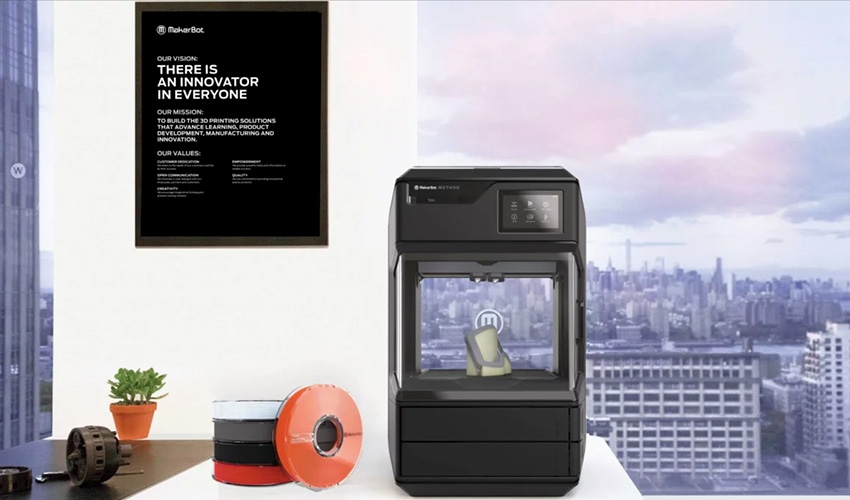 The manufacturer MakerBot has launched its new FDM 3D printer; the Method. A machine mixed between an industrial solution and desktop 3D printer. The American company, founded in 2009 and bought by the giant Stratasys in 2013, has not launched new products in recent years. This new printer announces the great return of one of the pioneers of FDM 3D printing. The MakerBot Method is a double extrusion Fused Deposition Modeling machine , available from $ 6,499.

We all know the MakerBot brand and its history; considered a leader in 3D printing at the beginning of its adventure then bought by Stratasys, the manufacturer has experienced some difficulties, including significant layoffs (20% of its workforce in 2015) and problems related to its “smart” system extrude, causing the failure of its fifth generation of MakerBot printers. Since then, the manufacturer has been trying to restore its image, particularly in the education sector. Now 10 years after its creation, they have launched a new professional machine called the MakerBot Method, perhaps signalling its return to the additive manufacturing market. 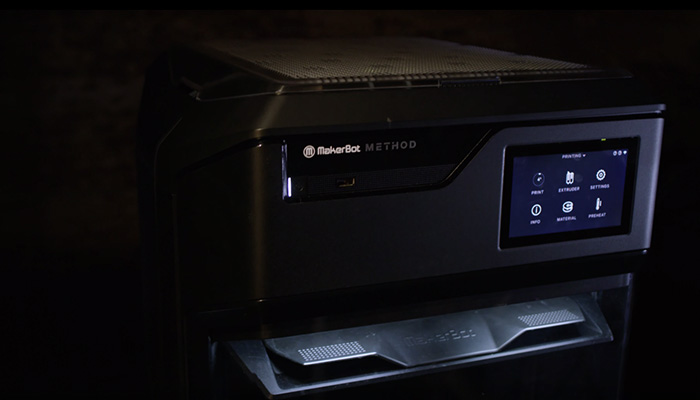 What are the features of the MakerBot Method?

More expensive than its big sisters, the Method have been designed to bridge the gap between Stratasys’ expensive industrial solutions and MakerBot’s small office machines. The new 3D printer is twice as expensive as a Replicator +. And this difference in price is explained by the new features offered by the Method. If we look more closely at its technical specifications, we see that it has a print volume of 190 x 190 x 196 mm, a printing speed of 500 mm / second and a layer resolution of 20 to 400 microns.

The machine has a heated chamber; the manufacturer specifies that this heat circulates actively throughout the printing. It offers greater dimensional accuracy, better adhesion of layers and increased strength of parts. As for its double extruder, it combines two materials or colours. This is however not the first double-extrusion model of the brand. They already have the Replicator 2X out on the market. Among the available filaments are PLA, PETG, MakerBot Tough and PVA. MakerBot says it will offer more materials in the coming months. 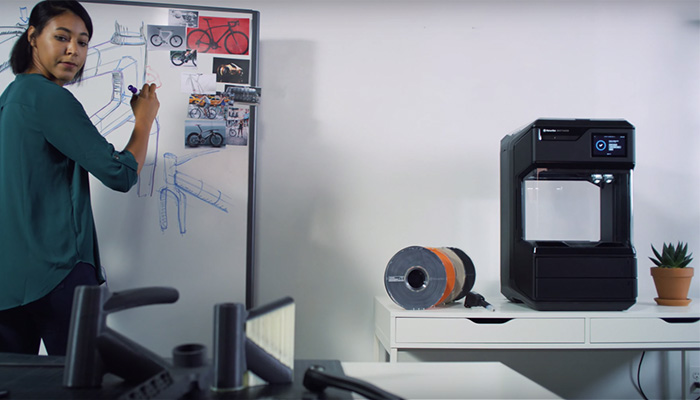 The manufacturer explains that each extruder is equipped with sensors that can detect when the machine is out of filament but also the possible risk of jamming. They state that “It’s like autonomous protection for your print—and your printer“.  Note also the presence of two trays below the printing plate to keep the filament coils dry; a series of additional built-in sensors will ensure that the material is stored in an optimal environment, preventing any problems with too much moisture. Finally, it has a full-colour 5-inch touch screen and WiFi connectivity facilitate the printing process. 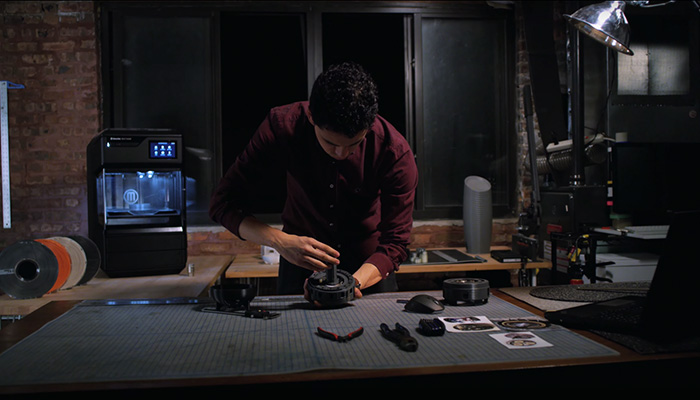 The MakerBot Method is already available for pre-order starting at $ 6,499 and is expected to be delivered in the first quarter of 2019. Finally, the manufacturer has developed a cost calculator that will allow you to evaluate what could cost you a particular part, depending on its size and the material used. An interesting tool to study the possible profitability of the machine. 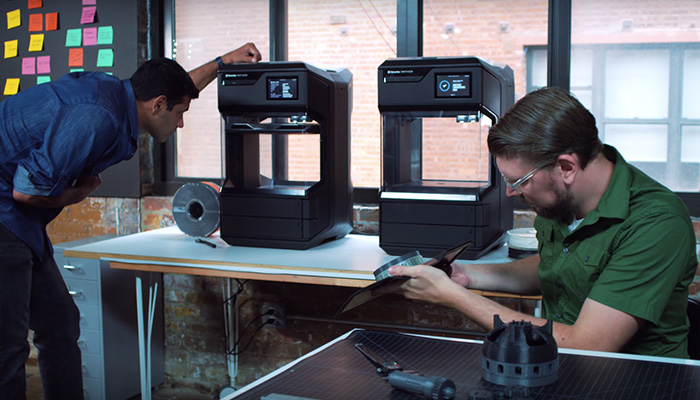 Visit the MakerBot website to learn more about the first performance 3D printer! You can also watch the video below for further information about the Makerbot Method 3D printer:

What do you think of the MakerBot Method? Let us know what you think in a comment below or on our Facebook and Twitter pages! Don’t forget to sign up for our free weekly Newsletter, with all the latest news in 3D printing delivered straight to your inbox!