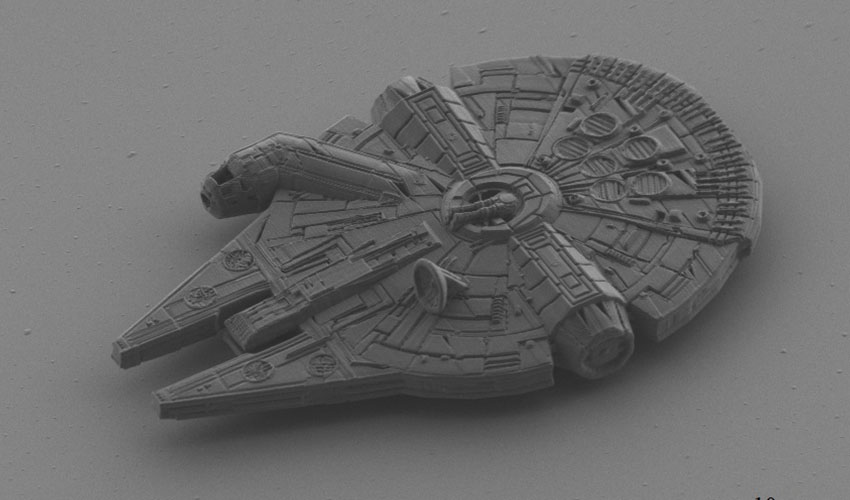 Researchers from the University of Grenoble have developed a new way of 3D printing microstructures deformable with an external magnetic field. In fact, using the two-photon polymerization (2PP) 3D printing technology from the French company, Microlight 3D, the scientists created complex micro tweezers that operate (translate, rotate, and open) only using a magnetic field. The researchers believe this could enhance microactuators, or even magnetically-poled hydrogels for drug delivery applications. The Grenoble-based team also tested their novel 2PP technique by producing a nanoscale copy of the Millennium Falcon from the Star Wars franchise (image above), which measured 100 µm long.

Two-photon polymerization is a technology that has been explored by many scientists and companies to create micro and nanoscale structures. In the case of Microlight 3D, their AM systems leverage 2PP to create structures from photoactivatable material. More precisely, two photons, at the focal point of their pulsed-laser, can be simultaneously absorbed by the photo-activated-monomer in a very small volume called ‘voxel’. When this happens, a chemical reaction ensues, and the liquid monomer becomes a solid polymer inside the voxel. With the right combination of optical elements and monomer-material, the voxel diameter may be as small as 0.1 µm, which is why the technology is perfectly adapted for ultra-high resolution 3D printing. Moreover, their technology is the result of 15 years of fundamental research at the University of Grenoble Alpes (UGA). 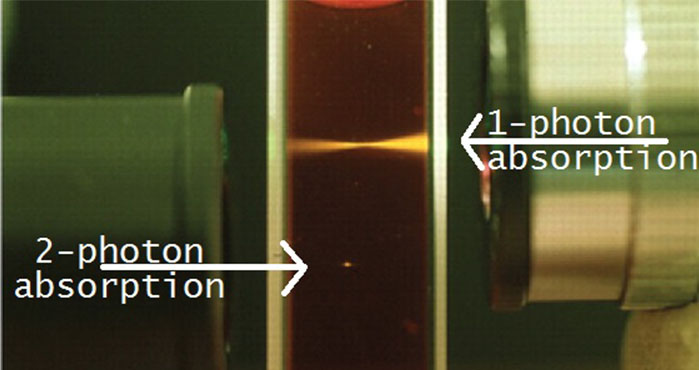 You can read in the abstract of the research paper: “Only achievable with two photons’ polymerization, 3D printing at the micrometer scale is essential for the fabrication of complex objects such as photonic components, deformable microstructures, or microscaffolds for biological cells. Integrating magnetic materials inside those structures has made their remote actuation with an external magnetic field possible. However, the nature of the magnetic material, its volume, and precise position in the structure are keys for the efficiency, dexterity, and compatibility with optical or biological functions. Herein, an original approach consisting in the bonding of discrete and fully magnetic microbeads to unaffected 3D microprinted structures is presented.”

The team created their microstructure using a Direct Laser Bonding method, in which they randomly distributed polycrystalline microbeads into a UV-curable polymer substrate. During the process, the 3D printer’s laser went from the object to the bead, curing the photoresist along the way. This opens the possibility to a new generation of microactuators for use in soft robotics applications.

If you are interested in the details of the publication, ‘Fabrication and Magnetic Actuation of 3D‐Microprinted Multifunctional Hybrid Microstructures’, you can learn more in the Advanced Materials Technologies journal, where it was published. You can also find more information about microscale 3D printing and its applications HERE.

Taking AM to The Streets: How BASF Forward AM Enables Automotive Solutions

How to integrate 3D printing in your company: Experts give their advice!