Home » 3D printing news » Interviews » Made in Space: Building in orbit is the future

Made in Space: Building in orbit is the future 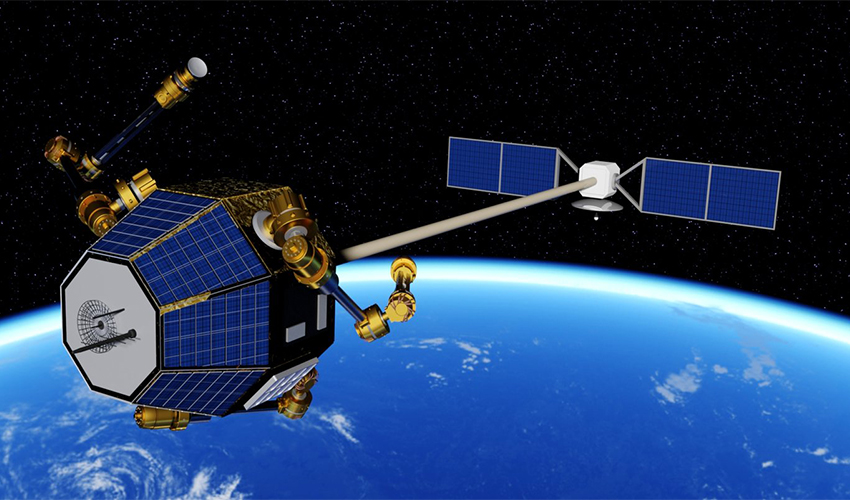 Made In Space, Inc. is one of the world’s most experienced company specialist in in-space manufacturing. The company was established in 2010 and has offices in Florida, California, Alabama and Ohio. Made In Space have managed to leverage the unique properties of the space environment to develop manufacturing solutions to accommodate challenges within the commercial, industrial, research and defense sector. One of Made In Space’ flagship programs is Archinaut. This program allows for a wide range of possibilities, including in-space production and assembly of the backbone structures for large telescopes, the repair, augmentation, or repurposing of existing spacecraft, along with unmanned assembly of new space stations. We had a chance to get behind the company and their projects to learn more.

3DN: Can you introduce Made in Space?

Made In Space was founded in 2010 to create a future where people live and work in space, cultivating a thriving space-based industrial economy to further unlock humanity’s expansion into the cosmos. We are a space-based manufacturing company that leverages the unique properties of the space environment to develop solutions to commercial, industrial, research and defense challenges. 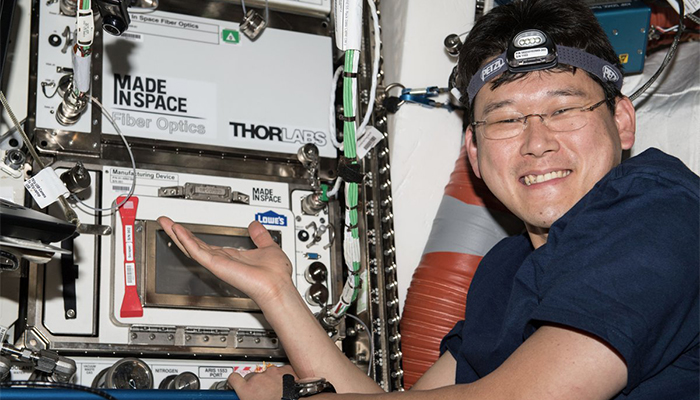 3DN: Can you tell us about the technologies you have developed?

With our primary focus being microgravity manufacturing, we started a joint venture with NASA to put the first manufacturing system in space. In 2014 MIS and NASA send 3DP to the International Space station. In 2016, MIS sent fully owned and operated AMF (additive manufacturing facility) to ISS. Since then, we have 3D printed nearly 200 parts in space and are still the only company to manufacture in space. AMF has been used for tools, spare parts, STEM education, commercial use, philanthropy, and a multitude of different experiments.  We have taken what we have learned from manufacturing in micrograving and have been working towards bringing manufacturing into the vacuum of space with our Archinaut technology suite.

3DN: Can you tell us more about Archinaut and how you implement 3D printing into the project? 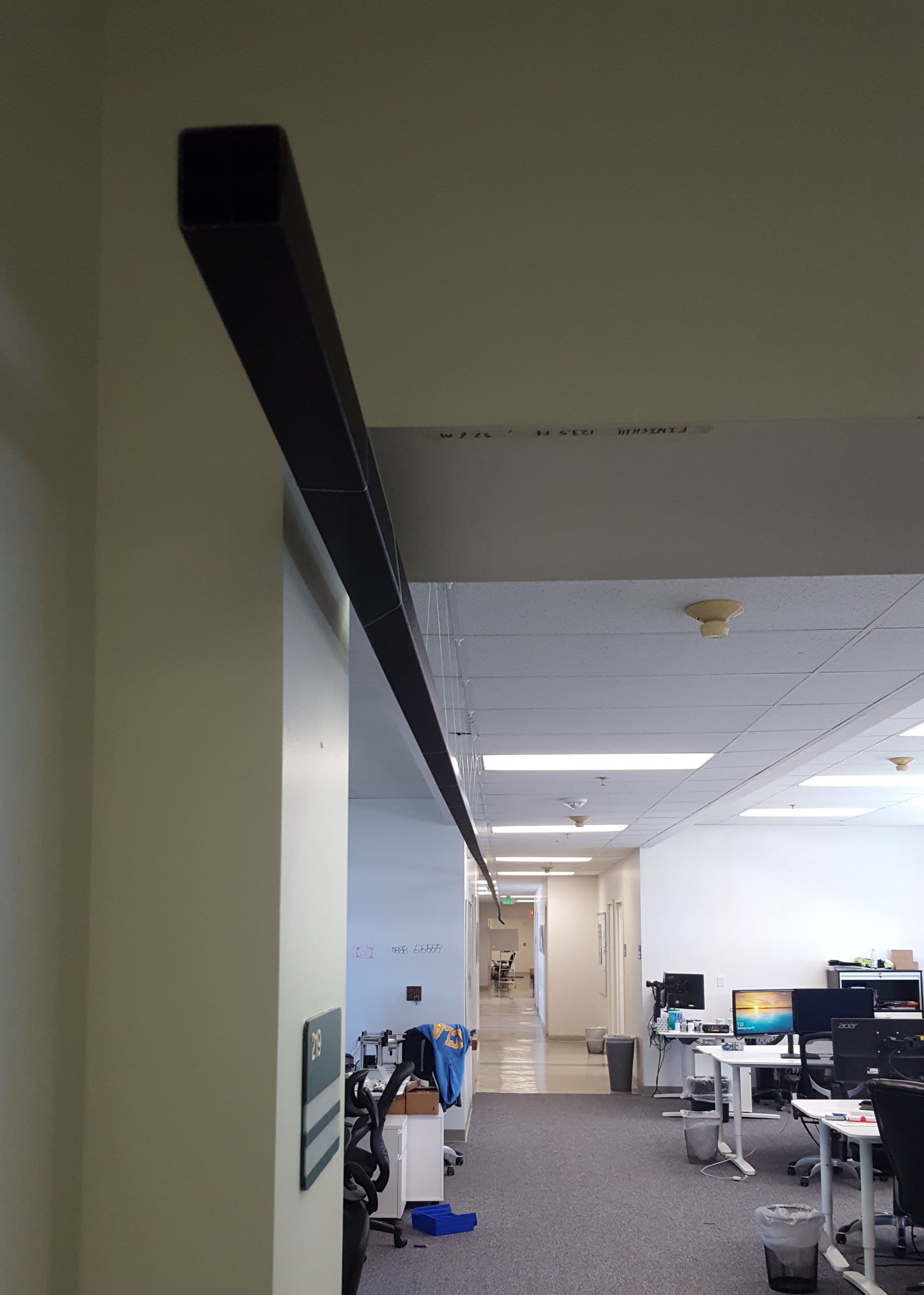 Archinaut combines 3D printing technology with robotic manipulation to fabricate large structures in space. It’s 3D printing technology has been tested in Northrop Grummans thermal vacuum chamber mimicking the space like vacuum of space. The tests, which took place last year, were the first time objects have been fabricated in a space like environment. The ESAMM technology also broke a Guinness World Record last year by printing “the longest 3D printed non-assembled structure” which is hanging from the ceiling of our Moffett Field facility in Silicon Valley.

Our most recent experiment to fly to the ISS has been our exotic optical ZBLAN fiber payload. We have been harnessing the effects of microgravity for a product for terrestrial applications. This has been the first time that a payload has been used to develop a product in space, for earth. By pulling fiber in microgravity, there is no crystallization or impurities in the fiber, making it a far purer product with better attenuation than a product created on Earth.

Our next payload to fly will be our recycler that will take old prints from AMF and even plastic trash aboard the ISS to be grinded and melted down to create new feedstock for AMF. This payload is tentatively schedule to fly later this year. 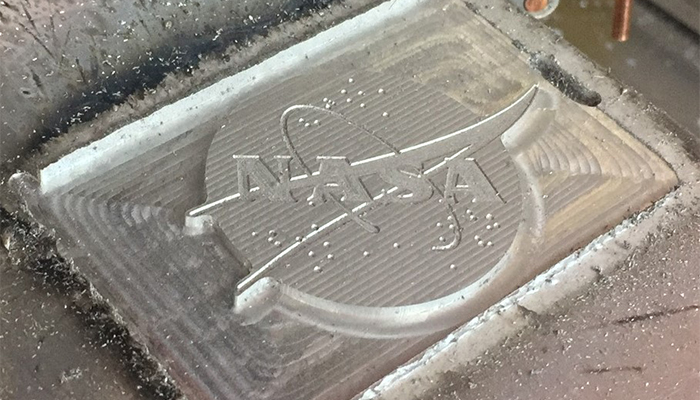 Another large 3D printing project for us recently has been our hybrid metals manufacturing unit that goes by the name of VULCAN. This technology uses both additive and subtractive manufacturing to create a finished product.

3DN: Where are you going with this project, what are the hopes for the end result?

With this technology we have combined out 3D printing ESAMM technology (extended structure additive manufacturing machine) with state of the art robotic manipulators to manufacture and assemble large structures in space.  We hope to take what we have learned, from printing in space-like environments to breaking distance records, combine these to fabricate large structures in space much larger than itself.

Our most nearterm focus with Archinaut is manufacturing and assembling deployables on small ESPA class satellites. On traditional satellite launches, everything is packed tightly into a rocket fairing and has to endure the extreme stresses and vibrations of launch. With Archinaut technology can worry less about packing deployables onto the satellite origami style, but instead, have them fabricated once in orbit. Our plan is to enhance small satellite power systems by manufacturing solar arrays for satellites in orbit. This allows for the arrays to be much larger, while at the same time, freeing up additional space on the satellite bus to incorporate more power systems. Other uses for Archinaut technology can be manufacturing large antenna(s) or large satellite apertures.

3DN: What do you see in the future for Technology and 3D printing in Space?

The future of 3D printing is certainly building in orbit as opposed to building on earth to be launched. With small satellites being the near term focus, large satellites and space stations follow closely behind. We are shifting towards building small space economies and not everything can be launched from earth. In early civilizations, humans brought only the tools they had with them to new worlds and built using only those resources. As of recent, the government has had their eyes set towards the moon so we are working to bring our technology along for the ride. 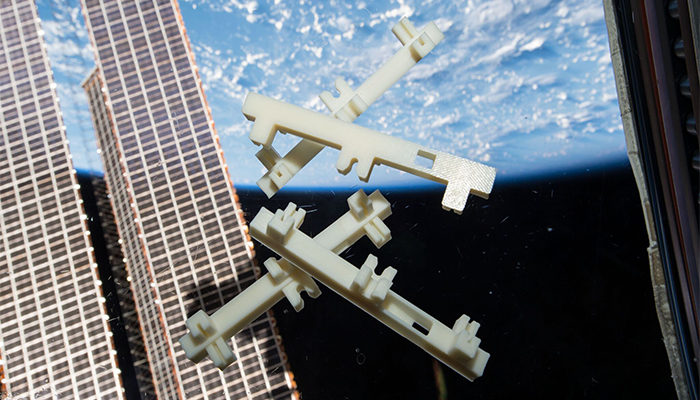 If you want to lean more about Made in Space check out their website.

What do you think of Made in Space and their initiatives? Let us know in a comment below or on our Facebook and Twitter pages! And remember to sign up for our free weekly Newsletter, to get all the latest news on progress, research and more entrepreneurs in 3D printing send straight to your inbox!

How can additive manufacturing respond in times of crisis? Experts give their advice!