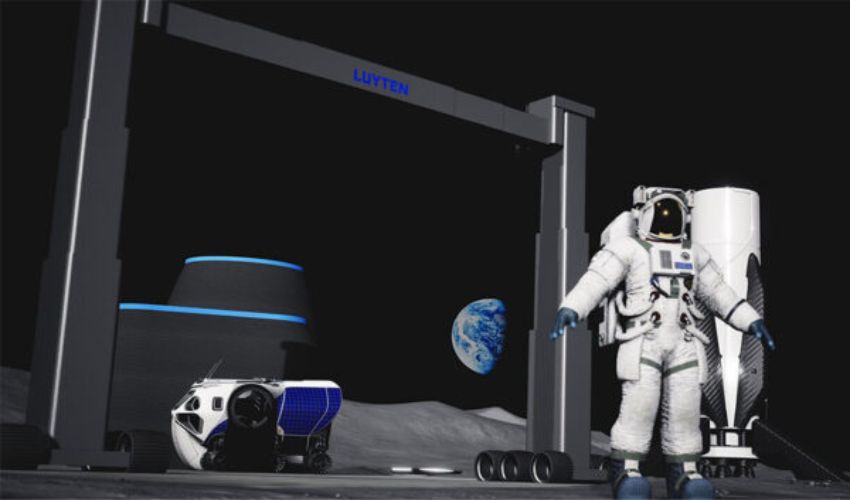 It seems lately that the space race has been reignited. In recent years we have seen major moon projects from companies all over the globe — such as the Griffin lunar lander from Agile Space Industries, ICON, which is set to 3D print buildings on the Moon, and even China’s plans to 3D-print a base on the Moon. Recently, Australian 3D printer maker Luyten also unveiled its plans to conquer the last frontier. In partnership with the University of New South Wales, Sydney (UNSW), the company wants to build structures on the moon, as part of a project called Meeka.

To achieve their space ambitions, the company has developed a 3D printer called Platypus Galacticus. Designed to make parts from regolith, a material available on the Moon, the Platypus Galacticus would offer many benefits in this endeavor. Matthias Hank Haeusler, one of the managers of the Meeka project managers, explained: “This information can become part of the Computational Design script and the design will respond to the specific material properties identified on-site. The knowledge we generate for building on the moon can be translated directly into building housing for extreme climates such as heat or for addressing housing issues in remote indigenous communities – both topics we investigate in parallel”. 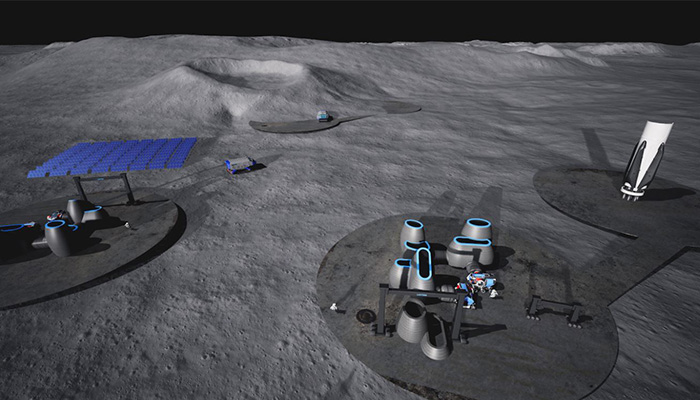 Designed from composite materials, the Platypus Galacticus is a compact 3D printer and is based on a proprietary extrusion technology called Luyten Turisops. According to the company, the machine will be able to print structures up to 12 meters long and 9 meters high (~39 feet long and 30 feet high). In order to identify buildable areas and collect materials on the Moon, Luyten plans for rovers to accompany the Platypus Galacticus. Some will therefore aim to penetrate the soil to assess the areas while others will harvest regolith.

Though perhaps the realization of such a project still seems far out, one thing that is certain is that innovations follow one another in this sector and AM is certainly starting to make its mark. For example, in order to manufacture thrusters, NASA opted for 3D printing and called on the services of Agile Space Industries, showing the capabilities of AM in the sector at the beginning of the year. Since then, more and more companies are becoming involved in 3D printing in space in a variety of different ways, including 3D printing rockets, testing the capabilities of 3D printing in zero gravity and more. And projects like Meeka are becoming more numerous today. Indeed, it would not be surprising to see additive manufacturing playing an important role in the exploration of the Moon in the future. You can learn more about the Meek project HERE.

What do you think of the Meeka project from Luyten? Let us know in a comment below or on our Linkedin, Facebook, and Twitter pages! Don’t forget to sign up for our free weekly Newsletter here, the latest 3D printing news straight to your inbox! You can also find all our videos on our YouTube channel.