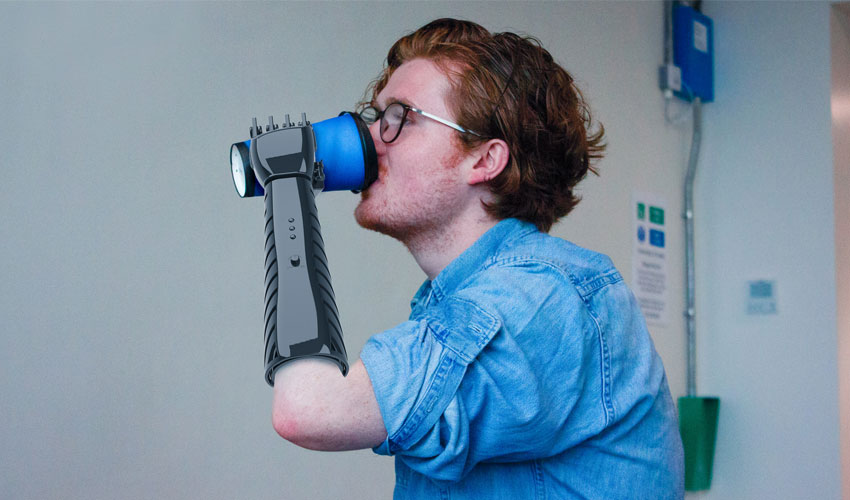 Lorenzo Spreafico, a student at the University of Leeds, has designed a 3D printed prosthetic arm with vibro-tactile feedback, allowing amputees to feel when they are touching something. This kind of device is usually very expensive, but additive manufacturing could lower the price without reducing the effectiveness of the prosthetic device. At the moment, Lorenzo Spreafico has designed a prototype and is evaluating his device, called T1, at just under €3,500.

3D printed prostheses are often made of plastic and remain quite simple: the primary objective is to help patients in their daily life by offering them a personalised device that they feel comfortable with. Some prosthetic devices integrate electronics to offer other more advanced functionalities. The student from Leeds wanted to add functionality to his 3D printed prosthetic arm, he explains: “There is a huge gap in the development of prostheses: although we are developing extremely advanced technology to simulate human movement and dexterity, there is much less work done when it comes to simulating human touch“. 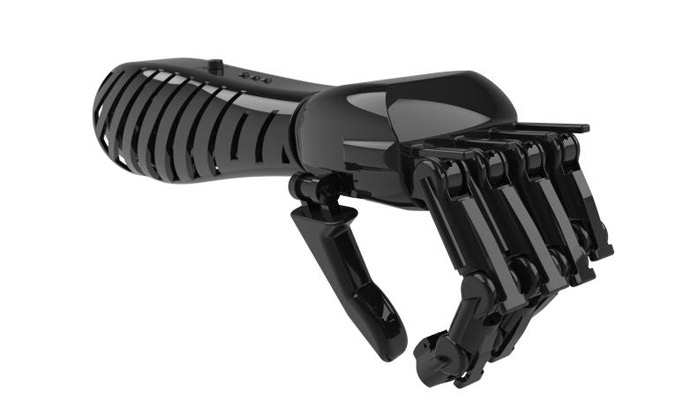 The final version of the prosthesis

The final version of the low-cost 3D printed prosthetic arm

It is not known which 3D printer Lorenzo used to design the T1 prosthesis, but the process is likely to be Fused Deposition Modeling. He explains that he integrated pressure sensors at the tip of each finger, each connected to vibrating disc motors located at the stump to warn the wearer of the force they are applying to an object. This pressure simulation process would keep the cost of the device much lower than other myoelectric prosthetic devices.

The vibrations of the T1 can be adjusted by the wearer at the touch of a button – the wearer can also disable this feature entirely. Three gripping modes can be selected: open hand, pinch grip or precision grip. By integrating this tactile feedback, the risk of rejection of the prosthetic arm should decrease since the proprioception (sense of self-movement and body position) increases. Lorenzo concludes: “The lack of tactile feedback in prosthetic arms creates an extremely unrealistic user experience. It reduces precision in movement and grip control, which makes it more difficult for users to perform delicate actions with precision, and makes it more difficult to adapt the grip force to different activities“. 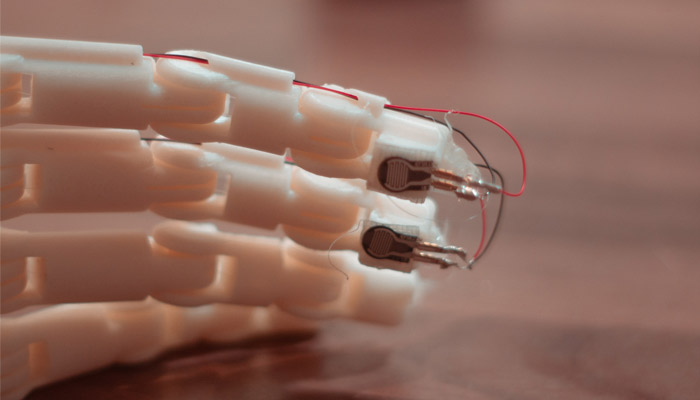 Lorenzo has integrated pressure sensors at the fingertips

Lorenzo says that the final product could cost less than €3,500, an affordable solution for people in need, especially when considering the price of other prosthetic devices made from traditional manufacturing processes. It’s easy to imagine that the wearer will also be able to personalize this according to taste preference, giving a new perspective on disability!

What do you think of this low-cost 3D printed prosthetic arm? Let us know in a comment below or on our Facebook and Twitter pages! Sign up for our free weekly Newsletter, all the latest news in 3D printing straight to your inbox!