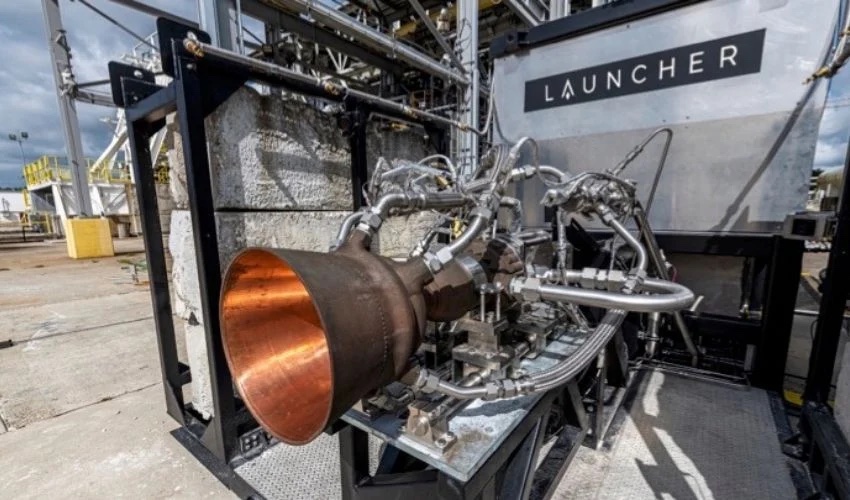 When we talk about the use of additive manufacturing in the aerospace sector, we cannot avoid mentioning the US company Launcher. In the past, the company, founded in 2017, has been able to generate a lot of attention for itself with its activities around the development of rockets designed to carry small satellites into orbit. Now, Launcher has announced that they have successful demonstrated nominal thrust, pressure and oxidize/fuel mixture ratio for the first time with their 3D-printed E-2 rocket engines – a great milestone for the company. We took a closer look at the successful test of the launcher rocket.

The countless tests were carried out at the NASA Stennis Space Center – up until now without the promised success. However, this was no longer the case on April 21st, 2022, when Launcher’s E-2 liquid rocket engine was able to demonstrate successful full thrust, notably measuring 10 metric tons of thrust (22,046 lbf), 100 bar (1,450 psi) of combustion pressure and a highest performance 2.62 propellant mixture ratio for LOX/Kerosene at 100 bar of pressure. Next, the closed-cycle, high-performance liquid rocket engine is expected to undergo a three-minute test with the integrated E-2 turbopump in the fourth quarter of 2022.

The E-2’s chamber uniquely finds liquid oxygen cooling and a copper alloy 3D printed in just a single piece. Launcher also found use on a copper-chromium-zirconium (CuCrZr) alloy from the industrial supply chain. This reduces costs as well as supply chain constraints compared to copper alloys – all while maintaining aerospace quality.

For 3D printing, Launcher is the first company to use a 3D-printed copper alloy, making it a leader in 3D technology related to space launches. When it comes to additive manufacturing, the company relies on a collaboration with AMCM and has already been able to develop the first large-format (100 x 45 x 45 cm) custom 3D printer. Specifically, the one-piece combustion chamber is made of a copper alloy and will be fabricated on an M4K 3D printer from AMCM. Furthermore, the E-2’s state-of-the-art fuel injector will be fabricated on a Velo3D Sapphire 3D printer. These technologies enable launchers to achieve higher performance, which consequently translates into higher payloads for their rockets as well as lower prices.

Since Launcher is known for its innovations and technical know-how, it is therefore not surprising that the US company is already working on the next steps that will bring it to the final launch into orbit in the long term. At the beginning of May, the company plans to start testing again – the chamber and injection will remain almost the same, they will only be slightly revised. For example, they also want to remove the entire cooling film, which will subsequently lead to increased performance. With a current output C* efficiency of 90%, the aim is to increase this value to 98% after the next tests. The first launch of the E-2 is scheduled for 2024; if you want to learn more about this exciting project in 3D, click HERE.

What do you think of Launcher’s 3D printed E-2 rocket engine achieving full thrust? Let us know in a comment below or on our Linkedin, Facebook, and Twitter pages! Don’t forget to sign up for our free weekly Newsletter here, the latest 3D printing news straight to your inbox! You can also find all our videos on our YouTube channel.

Photogrammetry: What is it and How is it Used in 3D Printing?

Can 3D Printing Reduce the Carbon Footprint of Footwear Production?