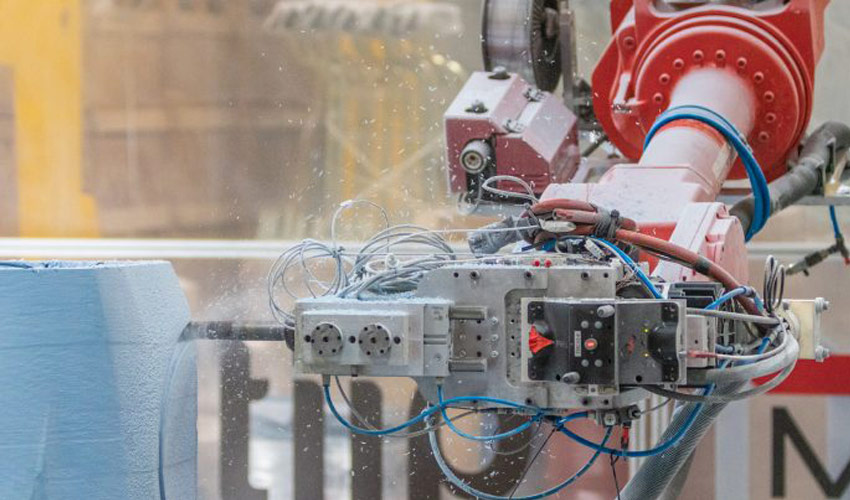 For three years now, several European researchers have been working on the KRAKEN project, a hybrid manufacturing system combining 3D printing and subtractive production methods. Equipped with three interchangeable additive manufacturing technologies and a 4th subtractive manufacturing head, the KRAKEN should be able to create objects 20 meters long. The development of the machine was completed at the end of September and is now available on the market.

Additive manufacturing technologies are increasingly being used to produce end-use parts: according to the latest report from EY, 18% of companies surveyed 3D print end-use parts and 46% plan to do so by 2022, demonstrating that professionals have greater confidence in the technology. However, it is important to note that it is often used in addition to more traditional production methods: for example, many use it to create complex molds and thus accelerate lead times. There is a good reason for the growth of hybrid manufacturing systems where the objective is to combine different processes to increase productivity. 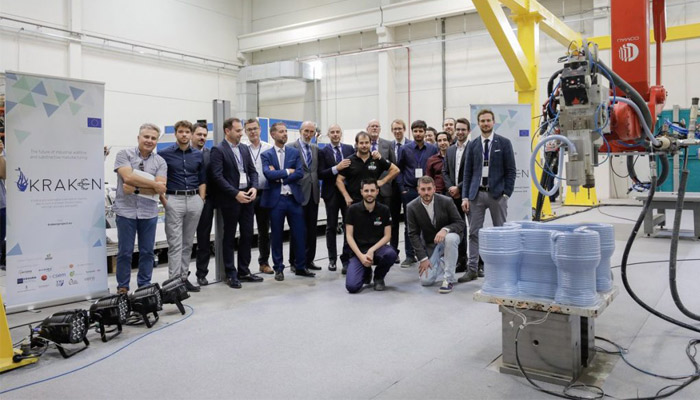 The team members on the project

The KRAKEN project would not have been possible without the funding obtained under the Horizon 2020 research framework programme, which aims to increase market growth and competitiveness. KRAKEN was born from the meeting of fifteen specialists in the sector and research institutes, including the British firm TWI, the Spanish company ACCIONA and CECIMO, the European association of machine tool manufacturers. Their objective was to design a machine capable of producing 20-metre long parts from thermosetting polymers, aluminum, or both. They also want to create 750 jobs throughout the European Union thanks to this project.

The KRAKEN solution is equipped with several interchangeable heads: one allows resin extrusion, another enables deposit and fuse metal rods (according to the WAAM process), a third metallizes the parts with an electric arc while the fourth offers cutting, sanding and polishing functions. If we look more closely at additive manufacturing processes, the resin extruder deposits a polyurethane paste at a rate of 120 kg/h. KRAKEN’s WAAM process should be able to 3D print aluminium parts at a speed of 15 kg / h. Thermal spray metallization should be integrated to add a metallic coating over a polymer part. The 4-in-1 machine occupies a floor area of 20 x 8 x 6 metres. 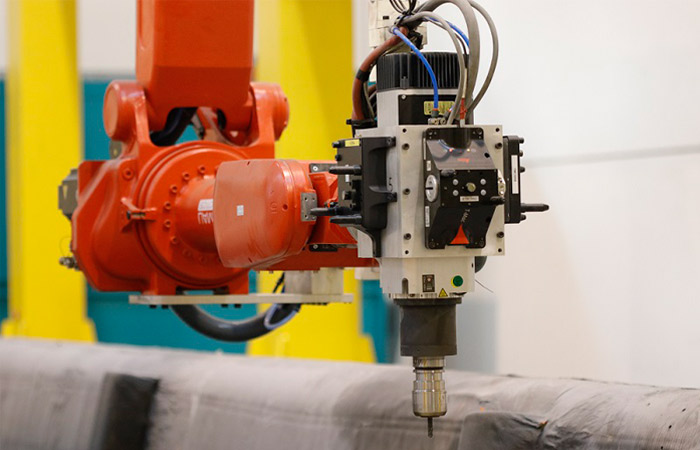 The extruders on the KRAKEN system are interchangeable

José Antonio Dieste, researcher and coordinator of the KRAKEN project, explains: “The machine is ready to be commercialized, it has been tested in a real manufacturing environment and the project demonstrators have been validated by employees under real conditions. We can now deliver parts or install KRAKEN systems as requested by customers.” On the performance side, project leaders say that KRAKEN is a 40% faster, 25% more productive and 30% cheaper.

In order to validate the KRAKEN manufacturing system, a number of case studies were carried out by the project partners. For example, CRF has manufactured metal frames for the front and rear of an Alfa Romeo 4C. ACCIONA has also created waterproof tunnel lining panels with integrated electrical wiring. Another application in the automotive sector: a model of one of the latest Pininfarina car models was produced to validate its design. The part made measures 2.2 x 1 x 1 x 0.6m and weighs 250 kg. 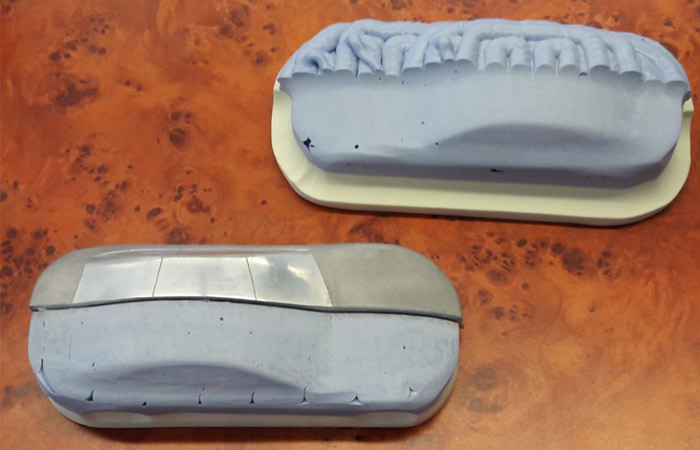 Major industrial groups have already expressed their interest in the solution: the giant Airbus, for example, will order tool parts manufactured by the KRAKEN machine. The automotive sector is also interested, particularly in designing production models. It is fairly easy to understand how the machine could impact the industry, allowing the production of large quantities of composite parts, complex in terms of geometry and optimized in terms of weight and performance. The price of such a solution is not known; however, you can find more information HERE.

What do you think of the KRAKEN machine? You can leave a comment in the section below or on our Facebook and Twitter pages! Sign up for our free weekly Newsletter, and receive all the latest news in 3D printing straight to your inbox!