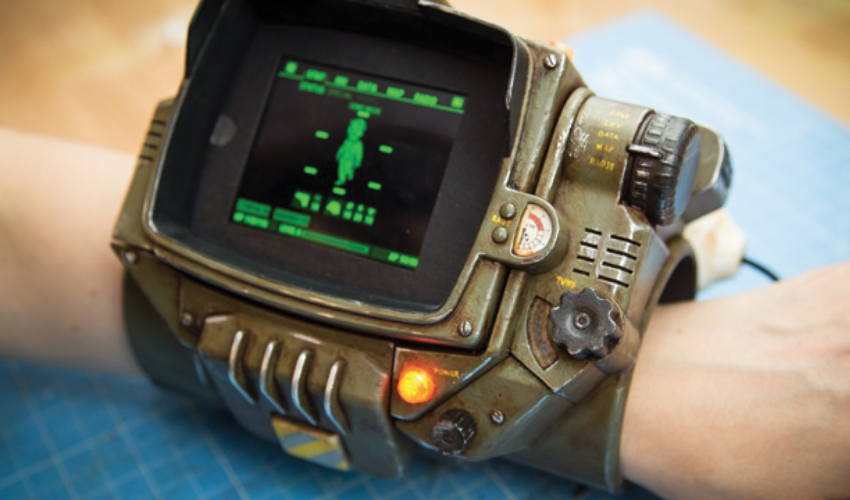 As a huge fan and avid player of the action role-playing game Fallout, Svetlana Quindt decided to recruit her design partner Benni Schwarz, and his brother Jacob, to help create a 3D printed replica of the video game’s most recognizable accessory — the Pip-Boy device. Initially, Svetlana set out to own a collectors edition of the Pip-Boy, but it turned out to be way too large for her wrist. Using a Zortrax M200 desktop 3D printer, the team was able to design and manufacture a completely customized Pip-Boy with a proper fit.

Being two ardent cosplayers from Germany, Svetlana and Benni launched Kamui Cosplay in 2003 and have been designing props and costumes for some of the world’s biggest video game publishers and film production companies including Blizzard Entertainment, Electronic Arts, and Lucasfilm Ltd. Combining their handcrafting talents with 3D printing has helped Kamu Cosplay take their designs to the next level in creating professionally polished costumes and props. “While you can still build pretty much everything with traditional materials, there is a certain ‘charm’ to things looking perfectly clean. So 3D printing is very good for that. Also, I can still build other things by hand while my printer is working on something so it’s a win-win situation”, says Svetlana. 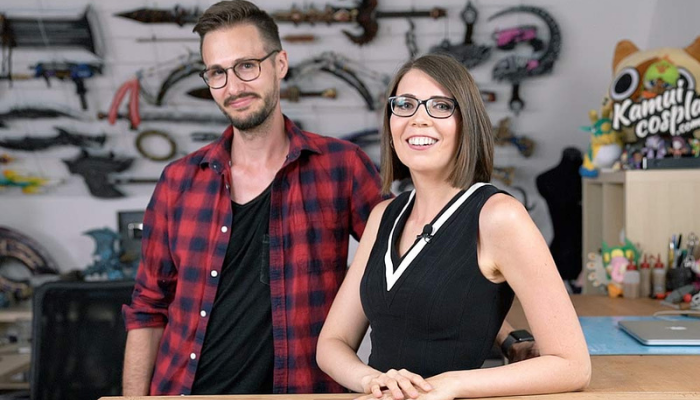 To begin 3D printing the Pip-Boy’s casing, the team downloaded all the .stl files from ytec3d and started the work on about 40 pieces using Z-ABS filament, which is a material that can be treated chemically or mechanically is great for use in short-series production of casings, accessories, and props. Time-saved is also a great benefit of using 3D printing for Kamui Cosplay, “With 3D printing now I can create lightweight and durable parts in a matter of hours”, Svetlana added. Furthermore, 3D printing has enabled Svetlana and Benni to grow from hobbyists to running a highly sought-after business.

Post-processing was the final, yet crucial step in replicating the Pip-Boy device. Once the pieces were printed, the team removed support material and used sandpaper to create rounded edges. As it is often used in ABS post-processing, the team used acetone to dissolve the leftover ABS material to create an adhesive to bond the casing’s various components. To have an authentic look, the team used acrylic paints mixed with water to achieve the desired worn-and-weathered rusty metal look.

What do you think of Kamui Cosplay’s 3D printed Pip-Boy? Let us know in a comment below or on our Facebook and Twitter pages. Don’t forget to sign up for our free weekly newsletter, with all the latest news in 3D printing delivered straight to your inbox!

The 3D Printing Job Offers of the Month: August