Interview with Julia Körner: About 3D printing in design and its myths 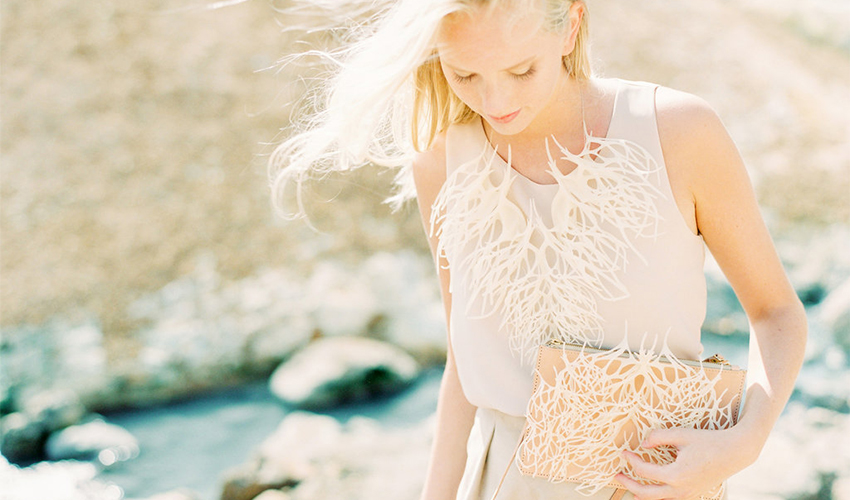 3D printing has long ceased to be used only on an industry level, quite the contrary actually. This because the areas in which the 3D technology is used, are very diverse. In addition to 3D printing in construction and architecture , the first designers showing their talent through creative means are coming into it, now more than ever through the innovative technology and 3D printing in design is coming up. Julia Körner is one of those designers who discovered 3D printing.

The most well-known commercial design by her could only be admired in the Hollywood blockbuster Black Panther . In addition to the narrative story of the film, these 3D designed costumes have attracted a lot of attention. We have previously reported on it and wanted to know how such creations arise. Who to answer this question better than designer Julia Körner herself? We had the opportunity for an exclusive interview with the native Austrian and gained a deep insight into the broad spectrum of her work: 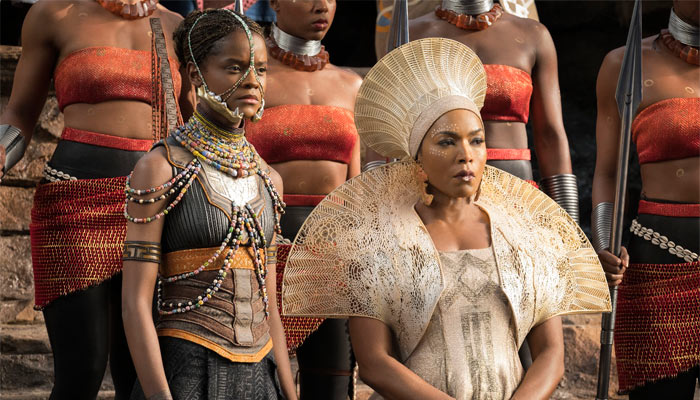 3DN: Can you introduce yourself and tell us how you came to work in 3D as well as in architecture and fashion? 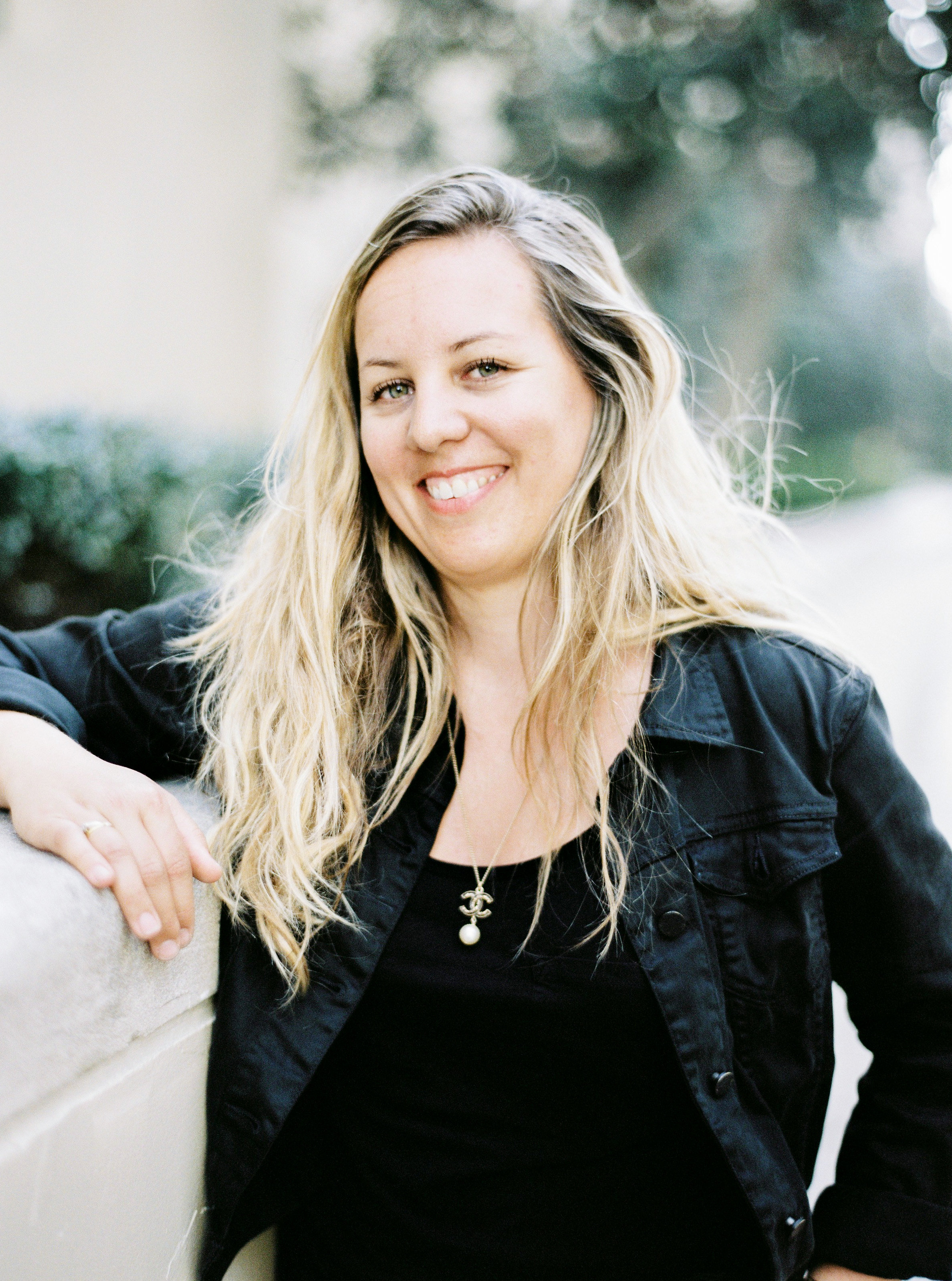 A self portrait of the successful designer (© Pia Clodi)

I am a designer, who work interdisciplinary in architecture, product and fashion design and live and work in Salzburg and Los Angeles. My research projects have specialised in 3D printing and digital production methods in recent years. My work has received international awards and has been exhibited and published in museums and institutions worldwide. I am the founder and managing director of JK Design GmbH in Salzburg and my most recent collaborations are 3D printed fashion pieces that I have developed with well-known haute couture houses for Paris Fashion Weeks, as well as a production for the Hollywood Film Black Panther.

In architecture, I use 3D printing for the implementation of digital designs in model making, so in 2005, during my architectural studies at the University of Applied Arts Vienna, I began to present my architecture projects. There are no limits to the complexity of the geometry and the designs developed on the computer, that can be made tangible without much effort.

In London, I used 3D printing in the manufacture of products at Ross Lovegrove Studio as a project designer between 2007-2012. Since then I have been fascinated by the realization of digital designs with the additive technology in the 1:1 scale. Fashion is architecture on the smallest scale, the direct space that surrounds the body; a great way to further develop digital design and 3D printing from rapid prototyping to manufacturing.

3DN: Which 3D printers do you work with and which technologies do you specifically use to realize which projects?

For almost fifteen years I have been acquainted with a wide variety of printing techniques, Stereolithography, Selective Laser Sinthering, Fused Deposition Modeling, etc .; also experimented with various materials. I had the opportunity to work with the best 3D printing companies worldwide and in 2013 I designed the first dress printed in flexible material by the Belgian company Materialize 3D. At that time, the material had no name. In fashion, I usually work with Selective Laser Sinthering, in which process a laser melts layers of powder together. The material is elastic. By designing filigree mesh structures, you can imitate textiles and generate textures that can not be realized with any other manufacturing process.

My first ready-to-wear collection from the 3D printer was released in 2015 under the name “Sporophyte”. The designs were printed by Stratasys using Polyjet technology. In collaborations with one of the most famous haute couture houses in Paris, as well as the Dutch designer Iris Van Herpen and also with the Austrian designer Marina Hoermanseder, I created 3D prints including fashion designs for their collections. These collaborations contribute to my vision and show how important the influence of new future-oriented technologies is in the field of fashion.

3DN: What advantages can you derive from using 3D technology compared to the traditional working methods in their industries?

Many of the more than thirty 3D printed garments that I have digitally designed are showpieces that appear at haute couture fashion shows in Paris and in museums such as the Metropolitan Museum in New York and architectural exhibitions such as the Tallinn Architecture Biennale in Estonia or the FRAC Center in Orleans, France were issued. These clothes are objects of art, which are more about the object and the exhibition than about the carrying capacity. In my own newer collections, I’ve developed an interest in 3D printed clothes that are wearable and that can be sold directly to customers who can wear them on special occasions.

The process of digitally designing clothes on the computer is a time-consuming process and requires a lot of experience and know-how. After digitally creating the structures using visual programming and 3D modeling techniques, I printed patterns in my studio and sent some files to Belgium, the Netherlands, or the USA for printing. Sometimes I color and refine the prints and then sew them on the textiles or they stand alone. The combination of digital craftsmanship and sewing enhances the quality of the garment and enhances the movement, flow and durability of the fashion and accessories.

From the “Iceland Collection” the Hymenium & Venus bag by Julia Körner (© Pia Clodi).

Once you’ve created a digital file, you can print it out as often as you’d like without extra work, which makes a big difference in couture design. In addition, you can reduce international shipping, if you have the ability to send the digital files by email and then print locally. Also mass customization and recycling of plastic are topics that bring 3D printing new sustainable approaches in the fashion world.

3DN: Which projects do you plan to realize next and what do you hope for their future work on the development of 3D printing?

Recently I worked on costumes for a new movie that will be released in cinemas in 2019. Many new options are developing in this direction. I am working on a new collection for my JK label, which I would like to present next autumn. I hope there will be new materials in the future that make it even easier and more flexible to print.

At UCLA, I’m currently researching 3D printing with porcelain with large robot 7-axis robot arms with my students. A very exciting topic to use this technology on a larger scale.

3DN: What do you personally think about the future of 3D design in the film industry?

I see great potential for 3D design in film, the technology is very well suited to the design of 3D printed ‘props’ and costumes. In film costumes are often scanned into 3D, to later be digitally edited or to create additional visual effects. But if the design already exists as a 3D file, you save the 3D scan and thus have a much higher resolution in the detail of the costume. It’s also much easier to visualise variations of costumes and this contributes to faster working practices and team communication with illustrators and costume designers.

My organic, nature-inspired aesthetics give new ideas for designs that can not be made able to be made otherwise, than with 3D printing. 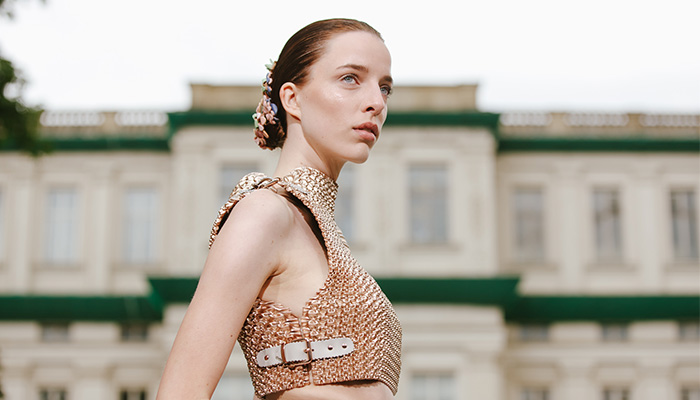 In recent years, I have increasingly read of three myths, I would like to make a brief note about.

The first myth is it’s “just press print” . It’s often said that way, but that’s at least in the area of ​​3D printing where I’m not working. The development of 3D files often takes a long time and is comparable to the cost of a handmade couture dress. On some of my digital designs, I’ve spent several months working on complex computer programs and working with the project managers and engineers of 3D printing manufacturers. Only through the knowledge of them, my many years of studying architecture and the many projects, I was able to gather the necessary experience to implement these complex structures with this technology. 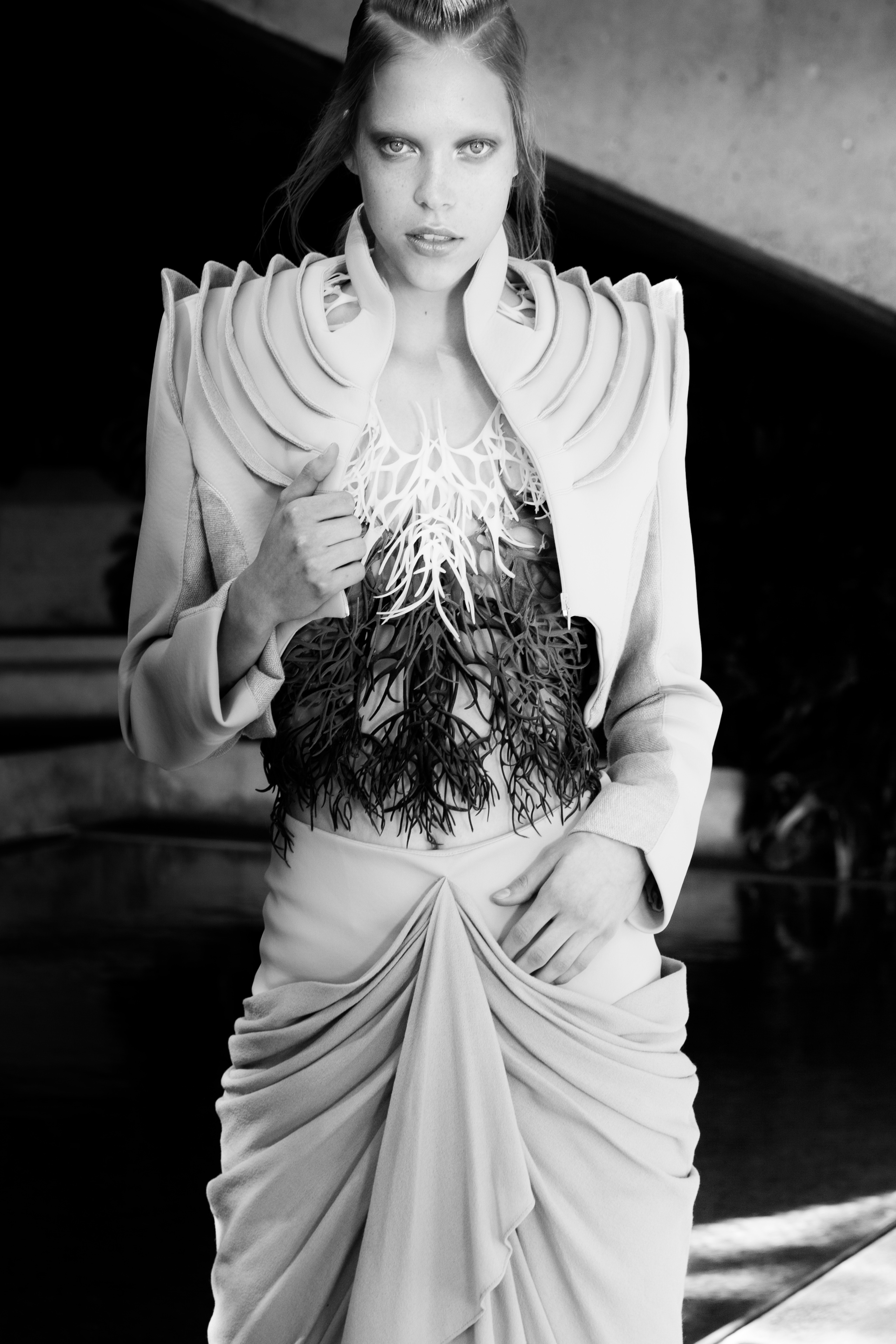 From the Sporophyte Collection 2015 by Julia Körner (© Ger Ger for SCHÖN!)

Next up the myth that “the machine designed it” . That may sound nice in many interviews, but it does not exist either. Any 3D design is not automatically generated by a computer, but the designer creates the design on the computer with the help of digital tools or optimises the program so that it generates exactly the aesthetics you want. Every program that automatically shapes structures is written by a designer. Each form is digitally modelled using the computer mouse that the designer guides. There is no automatic design. Only designers who master computer-controlled design techniques have really designed their creations themselves in 3D.

Last myth “it’s 3D printed” . The great hype that currently exists around the technology goes so far that some renowned fashion designers use the term in untruth. Not everything you read is actually 3D designed and printed.

It will be interesting to see which projects Julia Körner will tackle next, and the mystery of which film the designer has created the new costumes through 3D printing will probably continue until 2019. More information about the work of Julia Körner can be found on the official website.

What do you think about the 3D printing in design? Let us know in a comment below or on our Facebook and Twitter pages! And remember to sign up for our free weekly Newsletter, to get all the latest news in 3D printing send straight to your inbox!

Porsche on the use of additive manufacturing