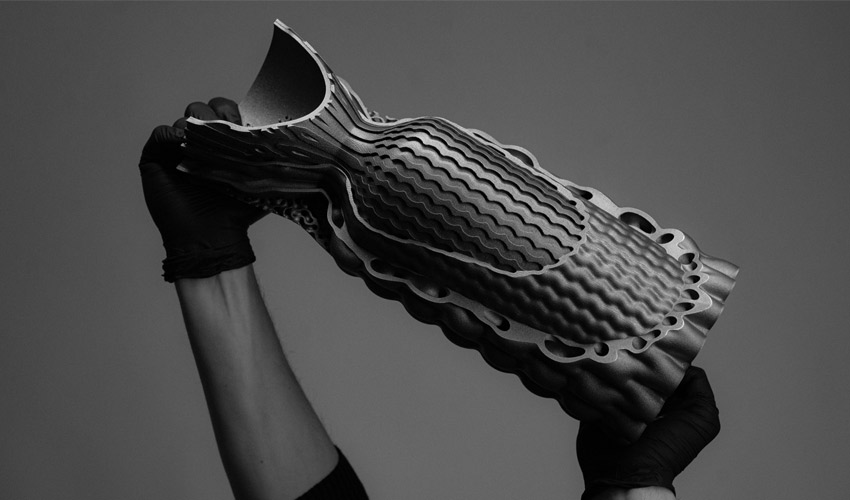 The German company Hyperganic, which we met last year, recently presented its 3D printed rocket engine prototype, designed entirely by artificial intelligence. The entire part was designed as a single block, integrating both the combustion chamber and the surface channels. Instead of having a CAD file, the modeling information has been written in a language only readable by Hyperganic’s algorithm. Hyperganic then uses the data to design the final part, and create it layer by layer.

Combining additive manufacturing and artificial intelligence can generate key benefits for the 3D printing industry. A 3D printer with AI could reduce the risk of errors, offer automated production, etc. In the case of Hyperganic, artificial intelligence allows the object’s design to be generated as one piece. Duy-Anh Pham, Head of Design at the German company, explains: “We compare the process to growing rather than designing. You’re telling the algorithm what you need the object to do and then the algorithm is kind of growing the object with the performance you had in mind, with the specifications. So the process doesn’t create a blueprint, but the DNA for an object.” 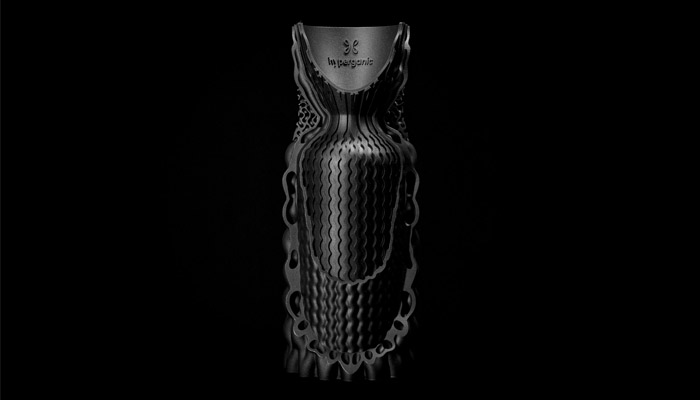 Hyperganic’s goal was to design a rocket engine as a single unit in order to have the lowest possible weight and the most efficient cooling. Traditionally, the various components of a rocket engine are designed separately and then the cooling channels are welded to the combustion chamber. But this can cause errors and explosions in the long term. With this manufacturing method, Hyperganic is able to design everything as a single component, thus increasing the final performance of the engine. The company took into account the key elements of the engine, namely the combustion chamber and the cooling channels –  based on this data, an algorithm generated a geometry that met all the required specifications.

The company then 3D printed a first metal prototype from a nickel alloy. Duy-Anh Pham adds: “We are able to print in different material densities, a method which has not been used in rocket design so far. So the inner part is very solid, while towards the outside the structure becomes more porous to save on weight. Every extra pound counts.” Indeed, as the launch of a rocket represents an important cost, reducing its overall weight by even a few pounds has a significant impact. 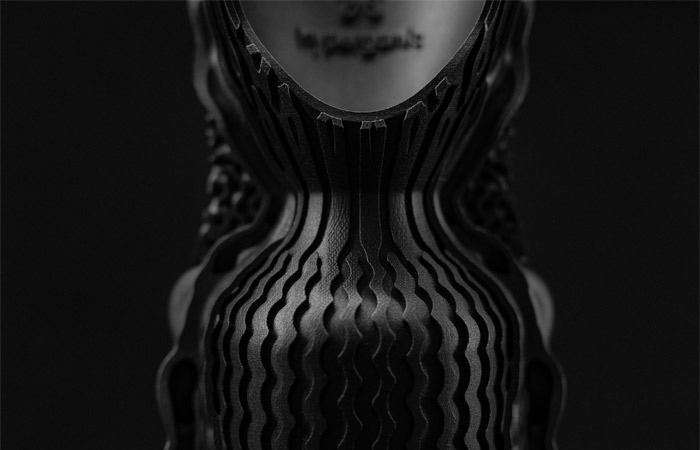 Hyperganic is apparently working with several aerospace companies to see how this new modeling approach could be integrated into their operations. The use of artificial intelligence would allow them to imagine completely new shapes to reduce the weight of parts and increase their performance. The German company hopes to go further in terms of applications, claiming that its software solution is modular, offering multiple algorithmic combinations. You can find more information on its official website.

What do you think of Hyperganic’s combination of 3D printing and AI to model optimized components? Let us know in a comment below or on our Facebook and Twitter pages! Sign up for our free weekly Newsletter, all the latest news in 3D printing straight to your inbox!

Top 5 Videos: A Spray to Better Scan Your Parts…