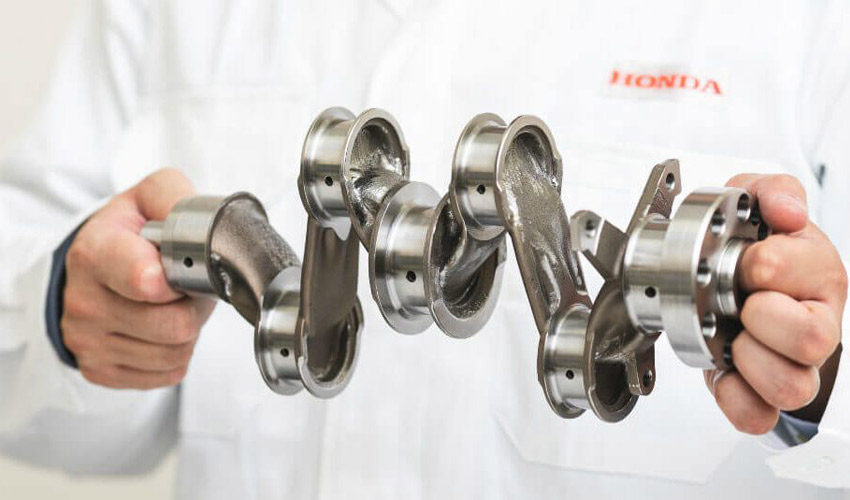 In 2016, the Japanese car manufacturer Honda presented its small utility car, Micro Commuter, designed in part thanks to 3D printing: 4 years later, the company strikes harder by exhibiting a 3D printed crankshaft made from metal. Created in collaboration with Autodesk, the design of the component was completely reimagined to reduce the final weight of the part, as well as fuel consumption. The crankshaft is an essential part of the car’s engine, requiring strength and endurance, often made from steel using traditional manufacturing methods such as forging. However, additive manufacturing may well bring an extra lightness, much sought-after by car manufacturers who want to reduce their environmental impact. For the time being, Honda is only presenting a working prototype: scale-up and mass production would be the ultimate goal!

For years, manufacturers have been designing crankshafts in the same way in order to meet requirements: resistance to combustion pressures or maintaining rotational balance. Honda, which has been using additive manufacturing for several years in order to reduce the weight of various parts (seat belt supports, engine control units, motorcycle frames), wanted to duplicate this design method: why not 3D print the crankshaft and offer a 30% lighter component? The car manufacturer called on Autodesk, a company renowned for its numerous 3D modeling solutions such as AutoCAD, Fusion 360 and Netfabb. Hirosumi Todaka, mechanical and fluid machinery designer at Honda R&D, comments: “A new approach was needed that uses methods such as generative design and additive manufacturing. We had to get rid of preconceived ideas and see things in a new light. That’s why we set ourselves the ambitious goal of designing a crankshaft that is 30 percent lighter than today’s models.” 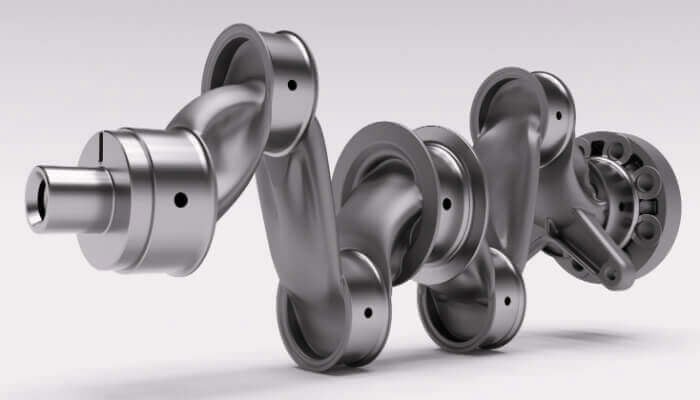 A rendering of the modeled crankshaft | Credits: Honda R&D

With the generative design solutions offered by Fusion 360 and Netfabb, Autodesk was able to offer several possible iterations for the crankshaft. These were all based on an organic structure, inspired by nature. Once Honda selected the design they liked best, teams were sent to the Autodesk Technology Centre in England to learn more about the possibilities of generative design and additive manufacturing. The session would have allowed the design to be further refined and an improved prototype to be proposed.

Finally, the 3D printed prototype shows a 50% weight reduction according to the Honda teams. They claim that they would never have been able to obtain such a component using conventional manufacturing methods. We don’t know what metal 3D printing technology was used or what material was used, but the result is there: 3D printing and generative design made it possible to produce a better-performing part. Of course, it had to be tested: at the moment, Autodesk still needs to refine the design to make the 3D printed crankshaft more efficient. 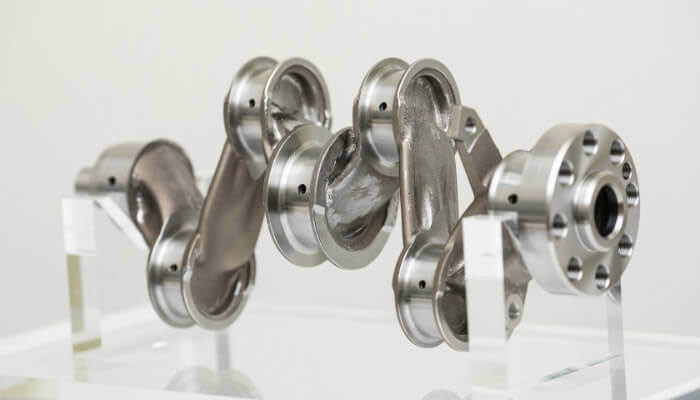 Hirosumi Todaka concludes: “Although some still have reservations about this new form, the attention it has given to the technology has been worthwhile. Although there is still much to be done to lighten the parts, we can now see a way forward to achieve our goals. In the future, I expect innovative products created using generative design to be the norm.” You can find more information HERE.

What do you think of this 3D printed crankshaft? Let us know in a comment below or on our Facebook and Twitter pages! Sign up for our free weekly Newsletter to receive all the latest 3D printing news straight to your inbox!