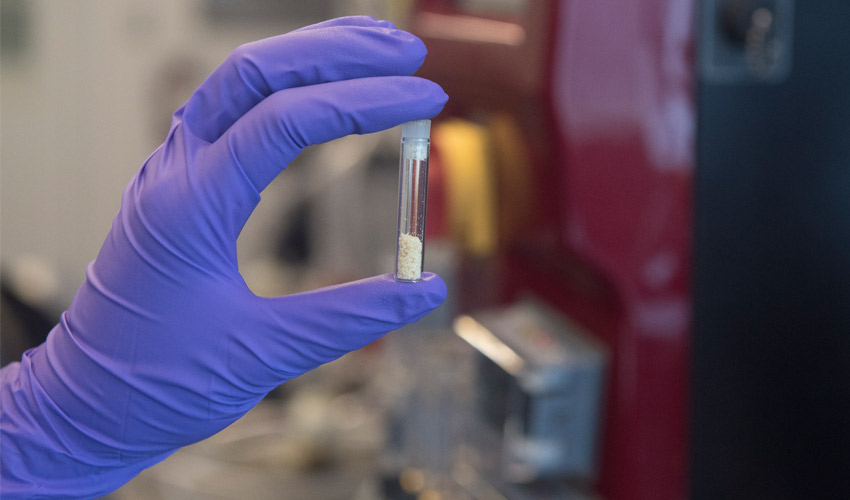 Genecis Bioindustries Inc. is a young Canadian company that uses various advanced technologies to convert food waste into PHA, biodegradable plastics obtained by bacterial fermentation. These materials can be converted into 3D printing filaments, which could eventually lead to more environmentally friendly parts. Indeed, PHA is a plastic that degrades completely in nature in one year and in less than ten years in a marine environment. We met Michael Willamson, Polymers Manager at Genecis, to learn more about the manufacturing process of these PHAs and their impact on the 3D printing industry as well as on general manufacturing.

3DN: Can you present the company and your connection to 3D printing?

Genecis Bioindustries Inc. is a bio-cleantech company that up-cycles food waste into higher value materials. The first product line we are commercializing is polyhydroxyalkanoates (PHA), a fully biodegradable polymer that readily degrades in marine and terrestrial environments within a year and has superior properties to conventional plastics such as polypropylene and polyethylene. Specifically, PHAs have the following physical/ chemical characteristics biocompatibility, low water permeability, and high thermal-resistance. Additionally, PHAs can be blended with various petroleum plastics and can be easily recycled to form composite resins. An excellent application for PHAs is 3D printing filaments, which can be used in combination with PLAs, ABS, or starch-based bioplastics, offering better physical characteristics to printed end-products. 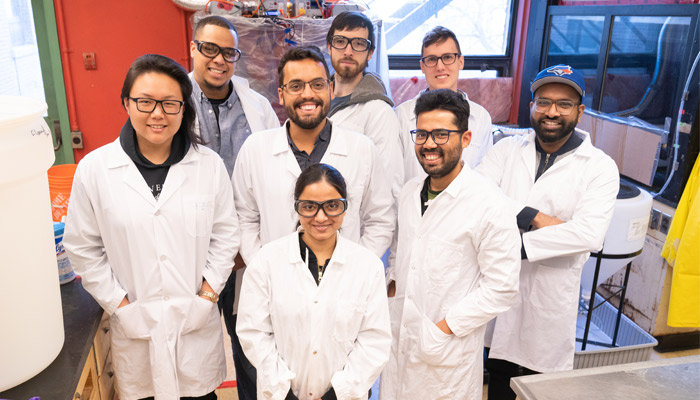 3DN: How did you get the idea of transforming food waste into bioplastic?

Luna Yu, the Founder of Genecis, conducted significant research into anaerobic digestion and realized the inherent unprofitability of the process and that the overall process could be split into two major microbial fermentation steps. The first step was a relatively quick process that produced an intermediate that could be fed to a specialized set of bacteria that could eat carbons and produce polyhydroxyalkanoates (PHAs). PHAs are a family of high-quality biodegradable polymers with functionalities superior to commodity plastics and hundreds of applications in a variety of industries.

3DN: Could you describe the process of making PHA?

The overall process uses a three-step process to develop our PHAs. Initially, organic  waste is broken down into volatile fatty acids by a bacteria culture. The fatty acids are further added to another bacteria culture specifically selected to produce PHAs in their cells. Subsequently, an extraction process cracks open the cells, then compiles and purifies the plastic. This entire process takes place over a course of seven days, a much speedier alternative to produce like biogas which can take up to 21 days. 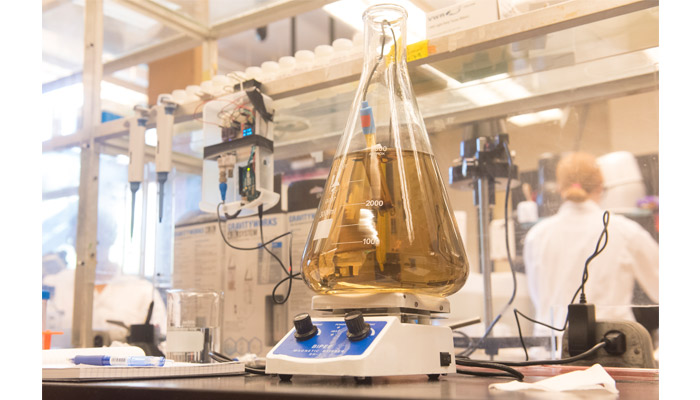 3DN: What are the benefits of your plastic compared to “traditional” plastics?

Although PLA/PHA blends are already currently on the market for 3D printing applications, Genecis’ PHA comes with a number of advantages. Genecis’ PHAs are a copolymer of PHB and PHV (known simply as PHBV). PHB alone is a hard and strong material which shares very similar properties to PLA. PHV on the other hand is much softer and more ductile than PHB or PLA, and by altering the monomer composition in our polymer (i.e., HB to HV ratios) we can produce a pure, non-blended plastic with a wide range of properties not available with PLA.

Another advantage  is that PHA degrades significantly faster in normal environmental conditions (both terrestrial and marine environments). PHAs can be degraded both in aerobic and anaerobic environments without forming any toxic byproducts. This is because PHA is produced by bacteria, unlike PLA which is polymerized chemically. As a result, these PHA bioplastics can be readily broken down by bacteria and other microorganisms, at ambient temperatures. These bacteria and other microorganisms are abundant in normal environmental conditions, and PHAs will degrade by simply leaving it in soil or in a home composter. 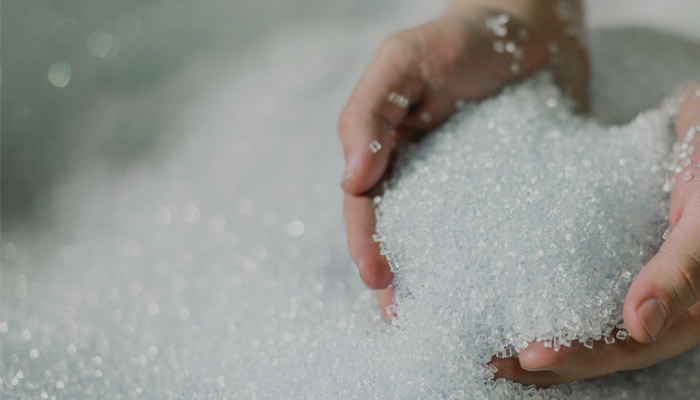 3DN: Is your material compatible with every FDM printer?

Genecis’ PHA will be compatible with most FDM printers as well as other industrial manufacturing equipment. Variance in the melt flow rate, extrusion speed, and cooling temperature will be process-specific. These parameters are currently being examined and studied with our polymers.

3DN: How is PHA different from PLA in terms of biodegradability and compostability?

Regular amorphous PLA is brittle and has low impact strength and tear strength, making it susceptible to damage upon impact. It also has a low heat distortion temperature (55-65°C), meaning it cannot be used for above room-temperature applications such as coffee cups or hot food utensils. PLA also has a much higher oxygen and water permeability than most other plastics, making it unsuitable for applications such as bottles for carbonated drinks, or any items designed to have a long shelf life.

PLA biodegrades within a few months under industrial composting conditions, where high temperature (>55°C) and moisture promote breakdown. However, PLA is more resistant to biodegradation under normal terrestrial environmental conditions or even home composters. PLA does not readily biodegrade in marine environments, contributing to plastic pollution in the ocean alongside conventional petroleum-derived plastic. Estimated biodegradation rates of PLA are in the 80+ year range, unless in an industrial composter. 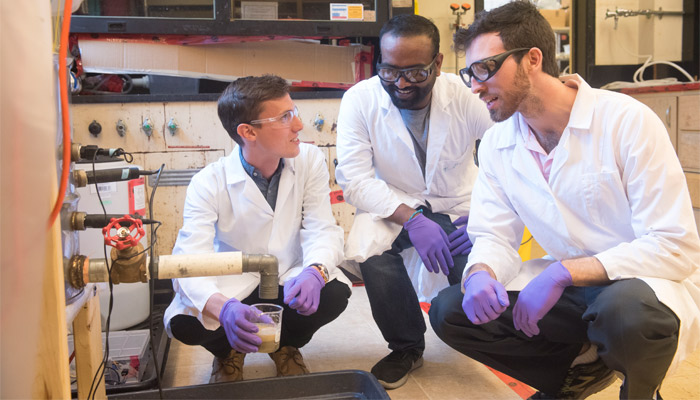 In contrast, PHA biodegrades significantly faster in both terrestrial and marine environments. PHA is produced through microbial polymerization, not chemical polymerization. PHA is synthesized by microorganisms as a carbon storage molecule. As a result, PHA is also readily broken down by microorganisms in order to access the stored carbon for use in cellular metabolism. In particular, PHA displays much better degradability than PLA in marine environments, with one study showing 50-80% degradation of PHA in marine conditions within 12 months. By comparison, PLA only showed 5-8% degradation in the same time, similar to petroleum-based low-density polyethylene (LDPE), which is non-biodegradable.

Genecis has a number of projects currently in development. Over the next several months we will be validating our operating parameters for a number of industrial applications including large-scale extrusion, injection, and blow molding processes. Another major goal over the next year will be quantifying the relationship between our processing parameters, manufacturing process parameters and our polymers properties by applying AI schemes which use collected experimental data. In addition to this Genecis is also in the process of commissioning a demonstration scale plant. This plant will be capable of converting 3 tonnes of organic waste weekly into ready-to-use PHA pellets. This important stage in scale up will act as the final step before full-scale commercialization of our technology. 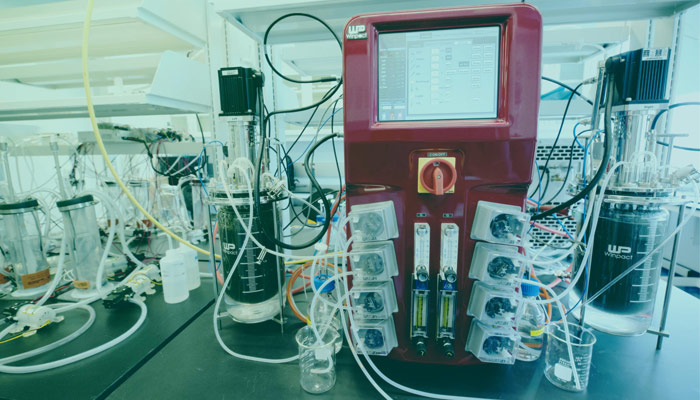 Consumers have a major impact on large consumer brands- their demands, wants, and needs are what these brands cater to. The message for a biodegradable plastic has been heard. Plastic pollution is being acknowledged as a major issue and we need to keep promoting this message, in addition to acknowledging food waste issues and how much food waste is produced and what the end-of-life options are for it in North America. Promoting our solution is extremely useful as it tackles these problems and to commercialize our technology effectively support is needed from consumers, large corporations, and governments.

What do you think of Genecis’ work? If you want to share some more we might have missed, you can leave a comment in the section below or on our Facebook and Twitter pages! Sign up for our free weekly Newsletter, all the latest news in 3D printing straight to your inbox!

Webinar: How to produce engineering-grade parts on material extrusion platforms