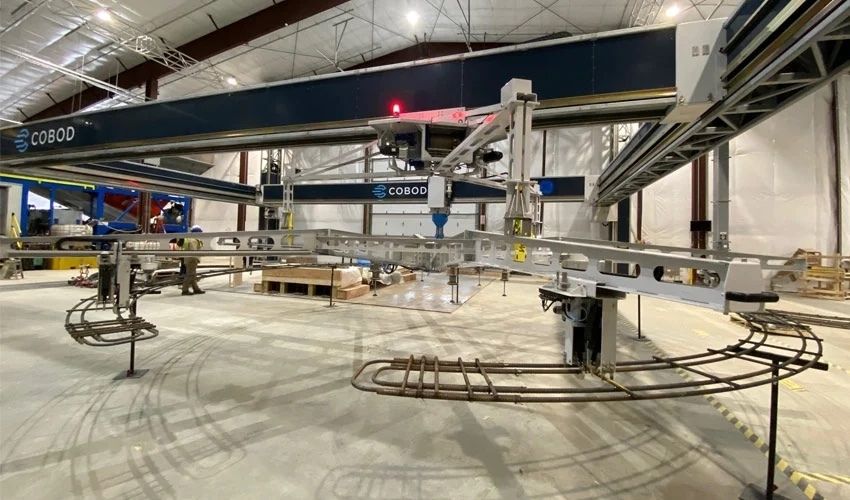 In the town of Bergen, New York, GE Renewable Energy has opened a research center dedicated to using concrete additive manufacturing to design the base of its wind turbine towers. The goal is to create the lower sections of these towers on site to reduce associated transportation costs resulting naturally in a more sustainable process. The center is equipped with a COBOD concrete 3D printer capable of manufacturing structures up to 20 meters high.

In June 2020, we heard about the first 3D printed prototype from GE, COBOD and Lafarge; the three partners had succeeded in designing a concrete base to increase the height of wind turbines. This elevation was designed to generate more energy while reducing manufacturing costs, as 3D concrete printing offers significant competitive advantages. GE is going one step further this time with the opening of its research and development center dedicated to concrete 3D printing. 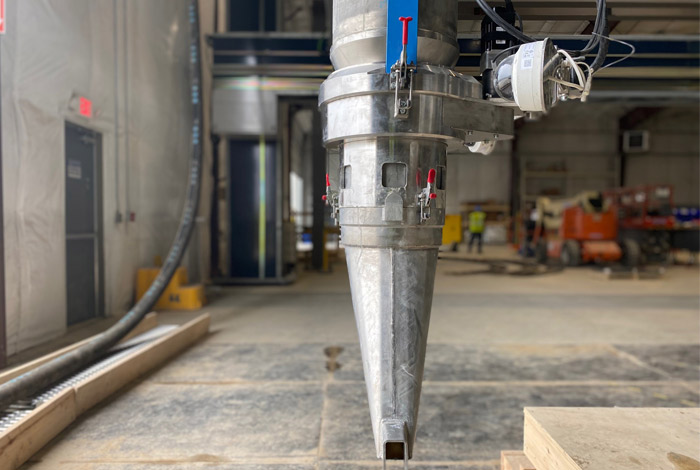 To conduct this critical research, GE Renewable Energy is counting on the support of the US Department of Energy. 20 people will work on optimizing the printing method, with applications planned over the next five years. Alejandro Moreno, assistant secretary of the U.S. Department of Energy for renewable energy, added, “Reaching the Biden administration’s ambitious goals of carbon free electricity by 2035 and a net-zero economy by 2050 will require vastly more wind energy capacity. We’re proud to partner with GE Renewable Energy on this innovative 3D printing technology which has the potential to be a game changer in how we harness this resource. With American-made taller towers assembled on site we can cut costs, overcome logistical hurdles, and accelerate progress toward our goals.”

The concrete 3D printer installed in the Bergen center would be unique, designed specifically to meet the needs of the American giant. It can reach heights of 20 meters and thus considerably raise the bases of wind turbine towers. 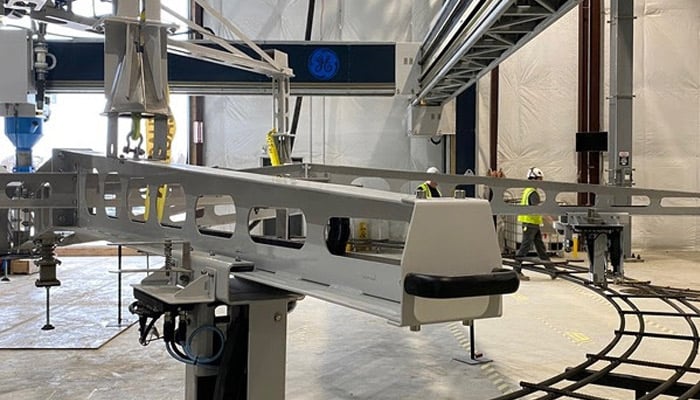 Henrik Lund-Nielsen, founder and CEO of COBOD, concludes, “We are extremely proud to have delivered a completely new type of 3D concrete printer — the largest of its kind in the world — for this world class and state of the art facility. The printer we have delivered is second to none: not only can it print in excess of 10 tons of real concrete per hour, but in addition, it is the first 3D concrete printer in the world with two X-axes on the printer. With the multiple functions of the printer, the printer can better be described as a multifunctional construction robot than a printer.” You can learn more about it in GE’s press release HERE.

What do you think of this center opened by GE Renewable Energy? What do you think of this microfluidic bioprinting method? Let us know in a comment below or on our Linkedin, Facebook, and Twitter pages! Don’t forget to sign up for our free weekly Newsletter here, the latest 3D printing news straight to your inbox! You can also find all our videos on our YouTube channel.