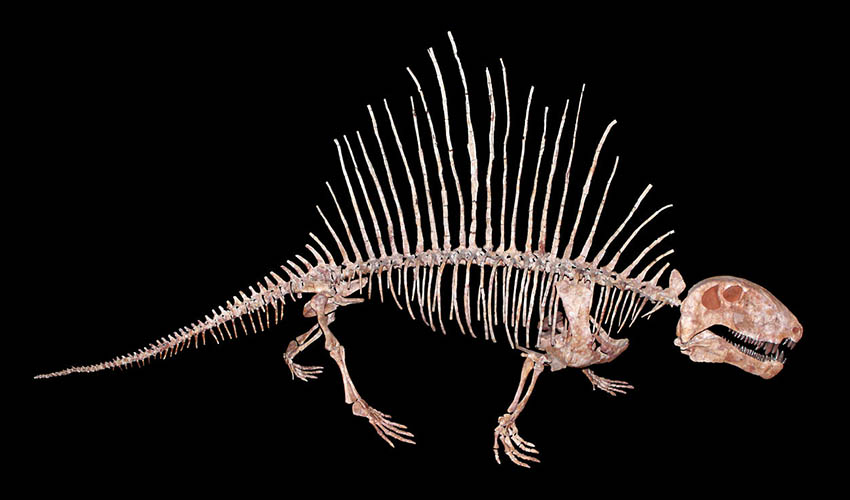 At the Texas Through Time museum, the fossilized skeleton of a Dimetrodon limbatus was 3D scanned by NVision, specialized in 3D scanning solutions. This will enable to 3D print an exact replica of the fossil skeleton. Usually, in order to study a fossil, traditional methods such as molding and casting are employed, which in many cases damage the skeleton. Paleontology involves the study of fossils to determine organisms’ evolution and interactions with each other. The Dimetrodon limbatus, was discovered in the Redbeds of Texas in the early 1980s by Jack Loftin of Archer County, Texas.

Free to the public, the museum features a wide assortment of fossils from all ages and formations, including many one-of-a-kind fossils, hard to find anywhere else in the world. The museum is focused on the fossil diversity of Texas, however, the collection also includes fossils from around the world. This particular fossil was an apex predator of the Early Permian period, a division of the Paleozoic Era that lasted roughly from 295–272 million years ago. The Dimetrodon limbatus is sometimes considered a dinosaur, but actually it is a mammal-like reptile, also known as a synapsid. Synapsids are an extinct group of reptiles that possessed certain features found in mammals. 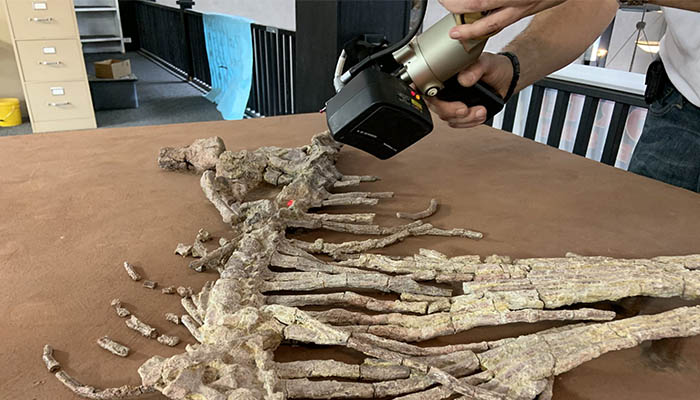 The vast age and paleontological value of the skeleton, discovered in a rare death pose, made copying it for further study and display a priority. Andre LuJan, paleontologist and the Founder of the museum explains: “I felt it was absolutely necessary to have these fossils 3D scanned as it is less damaging than traditional molding and casting […] I was strung along and even had a no-call no-show for scheduled work. I was about to give up when I found NVision on a Google search. Steve Kersen, the president of NVision, was awesome in answering questions and scheduling the job. We knew we had found our service provider. NVision being local was also very convenient.”

NVision’s handheld scanner captured the exact 3D geometry of the fossil. The scanner was attached to a mechanical arm that moved around the object, allowing the user to capture data rapidly with a high degree of resolution and accuracy. As the object was inspected, the scanner generated a point cloud consisting of millions of points. As observed with other projects, 3D scanning is changing how we study and preserve historical artifacts, monuments, paleontology specimens, fossils and much more. In this case, it was possible to replicate the fossil, exact in every detail to the original – LuJuan adds: “We anticipate many more benefits through using the data for scientific study as well as making affordable replicas available for display and education.” 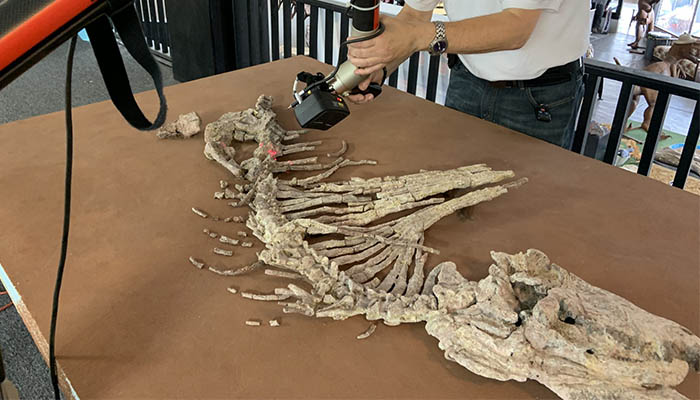 Finally, something to mention is the length of the process. The 3D scanning of this model was achieved in just two days! You can find more information HERE.

What do you think of the benefits 3D scanners bring to sectors? Let us know in a comment below or on our Facebook and Twitter pages! And remember to sign up for our free weekly Newsletter, to get all the latest news in 3D printing send straight to your inbox!