FIBERBOTS; the project that combines additive manufacturing and robotics 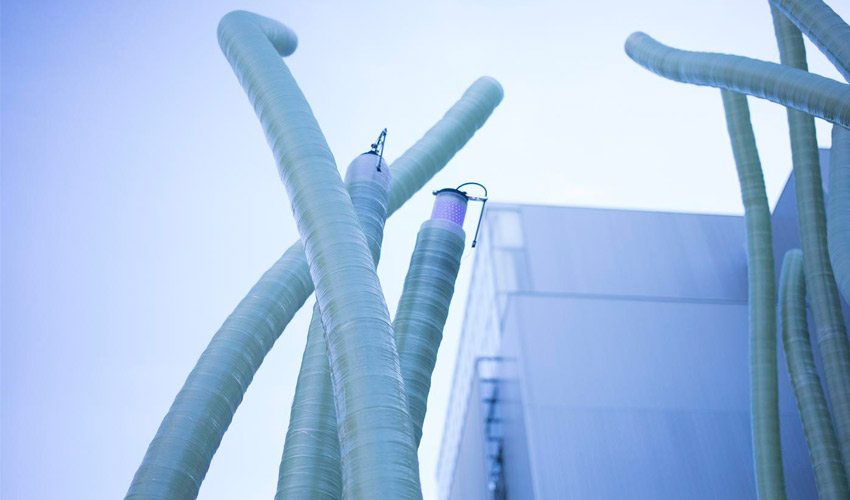 The MIT Media Lab is behind a number of innovative projects related to 3D printing – including those launched by architect and researcher Neri Oxman. This time, the Mediated Matter Group presents its digital manufacturing platform; FIBERBOTS. Which combines architecture and robotics. It features small robots that can additively build tubular structures, the aim being to propose a new way of designing architecture on a large scale.

The team behind this project is very much inspired by insects that are used to working together, such as bees or ants, who are able to quickly collaborate in swarms to build structures that are often larger than themselves. Researchers also observed spiders a lot and studied their ability to spin protein fibers to create silk webs with adjustable, flexible and robust properties. A working method that as recalled has been used by the engineers behind Atropos , this robot capable of 3D printing of fiberglass. 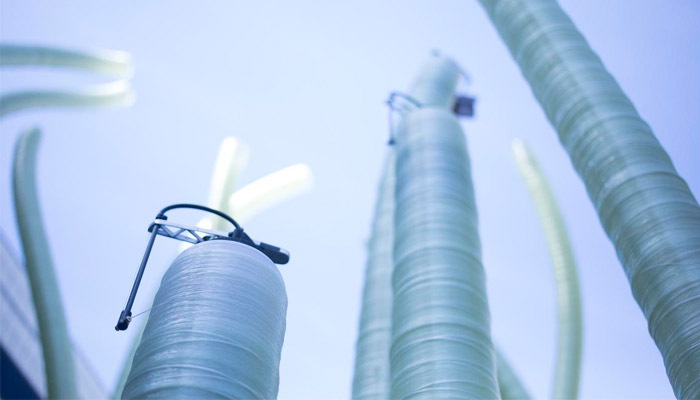 FIBERBOTS would therefore represent a swarm of robots designed to weave fiberglass around themselves and create tube structures layer by layer. Concretely, the robot superimposes this highly resistant material to the image of a 3D printer and revolves around itself in order to wind the fiber to erect a tube higher or lower. These robots would be mobile and use sensors to control the length and curve of each tube according to a previously defined path. Because they work in a swarm, robots could create interlaced or parallel tubes to build a much larger architectural form.

The team has developed 16 robots including the design system that controls and programmed them so that they can autonomously create a structure 4.5 meters high. They stayed out for several months and successfully faced the cold of Massachusetts, showing the full potential of this technology. The researchers conclude: “A swarm approach to manufacturing can radically transform digital construction by digitally fabricating structural materials; generating products and objects larger than their gantry size; and supporting non-layered construction by offering novel fabrication processes such as robotic weaving and free-form printing. These methods are conducive to function generation, however cannot be easily scaled to large systems. With swarm sensing and actuation, systems can become more responsive and adaptive to environmental conditions. Following Nature’s example, a swarm offers reliability and efficiency through distributed tasks, parallel actuation, and redundancy.” 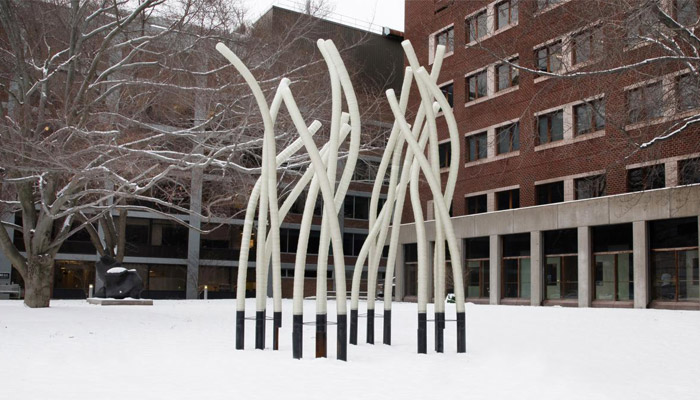 FIBERBOTS has been exhibited for months in the United States (photo credits: The Mediated Matter Group)

When combined with robotics, additive manufacturing can create big projects! Find more information about FIBERBOTS on the official MIT Media Lab website  and in the video below:

What do you think of this project?  Let us know what you think in a comment below or on our Facebook and Twitter pages! Don’t forget to sign up for our free weekly Newsletter, with all the latest news in 3D printing delivered straight to your inbox!