Essentium Survey shows that investments in AM are paying off 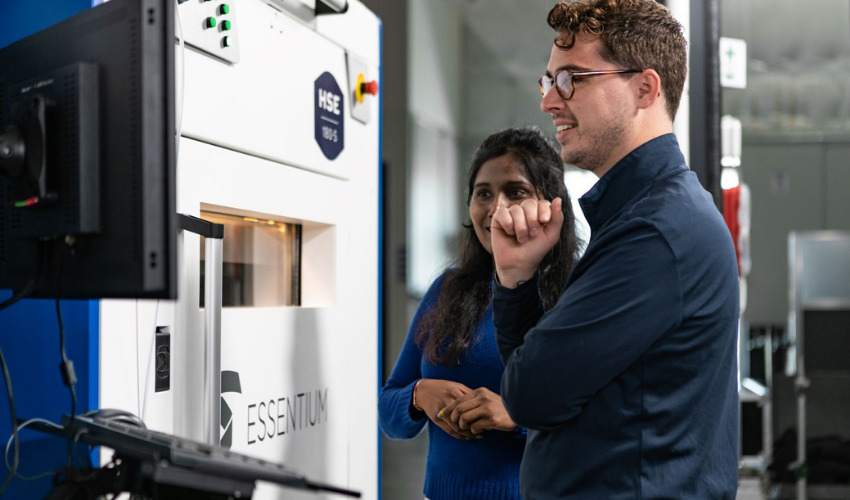 In early February, Essentium, Inc announced the results of the second in a series of findings from independent global research on the current and future use of industrial 3D printing. We previously covered the first survey published in 2019, which focused mainly on the slow adoption of additive manufacturing for mass-production. This new survey has shown significant advancements in that particular arena as well as significant benefits for users of industrial additive manufacturing while also highlighting remaining challenges to overcome, notably concerning the cost of 3D printing technologies and materials. Overall, however, the results were promising as they showed growth in adoption of AM and that investments in 3D printing are paying off for many manufacturers.

Essentium survey shows benefits of AM

The first part of the Essentium survey findings was published in 2019 and also aimed at looking at the practical experiences of stakeholders. Those results found that 3D technology had enormous potential but that industry had been slow at adopting it for mass-production. They highlighted that many of the uses for 3D printing focused on simple prototyping rather than full scale productions parts or end of life parts, though they expected future use to grow. This however seemed have changed since 2019, as in the past year, the AM industry proved it could step in to make quantities of supplies at scale to keep assembly lines moving. As Blake Teipel, Ph.D., CEO and Co-founder of Essentium, notes “Manufacturing companies have finally cracked the code of AM for full-scale production runs of hundreds of thousands of parts, and there will be no turning back. There is no longer any doubt whether AM investments deserve a central feature in the execution strategies of companies endeavouring to out-perform their peers. By working with our customers to drive innovation, financial, and efficiency benefits, we are helping them move forward into a leaner, more agile future enabled by additive manufacturing.” 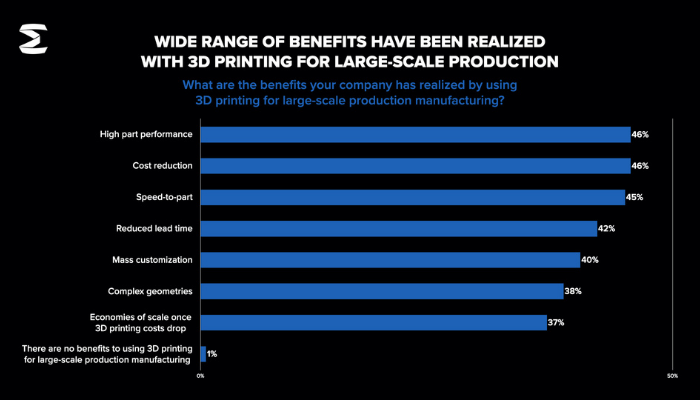 Respondents to the survey noticed a number of benefits of 3D printing (photo credits: Essentium)

The survey also showed the challenges that users faced in adopting industrial 3D printing. Respondents especially saw the need for further innovation in the field, as 98 percent of manufacturing executives saw value in improved materials in 3D printing. This is due to a number of reasons, for example, 24 percent said that 3D printing materials are unreliable. They also highlighted the types of materials that needed to be developed as can be seen in the chart below, notably materials for industrial applications and industrial scale production as well as more sustainable materials. 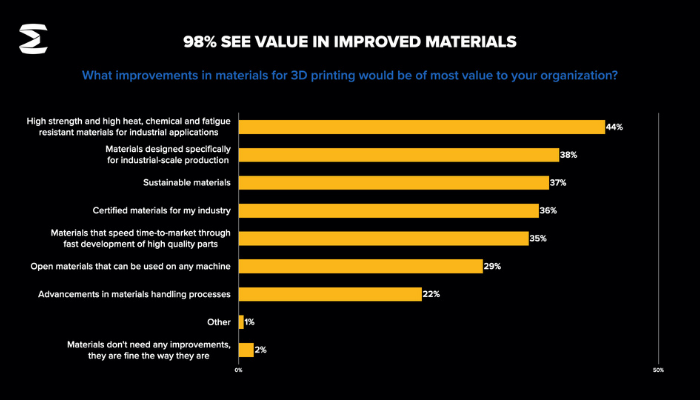 Many respondents saw the need for improved materials in AM (photo credits: Essentium)

Approvals for capital investment will also be a challenge in 2021. 20% of executives report that industrial-scale 3D printing hardware is too expensive. While 18% responded that they had too much investment in other manufacturing technology and an additional 37% mentioned that the high cost of 3D printing materials are holding them back. This is not a new problem in additive manufacturing as especially for those in industries with little exposure to 3D printing and its technology, it can be difficult to understand the true benefits of integrating the technology and thus hard to make investments in the technologies. However, focusing on training in 3D printing can be one way to mitigate these fears. Also, the use of printing services could help companies to determine if 3D printing is beneficial to them or not, as this would allow them to use an  outside service for a lower cost than buying the technology themselves. You can find out more information from the press release HERE.

What do you think about the results of the Essentium survey? Let us know in a comment below or on our Facebook, Twitter and LinkedIn pages! Sign up for our free weekly Newsletter here, the latest 3D printing news straight to your inbox!