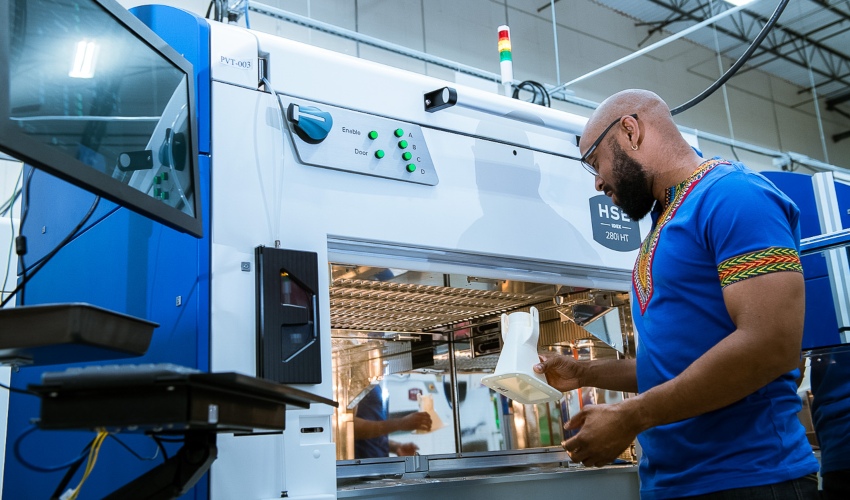 Essentium has announced the launch of the all new Essentium High Speed Extrusion (HSE) 280i HT 3D Printer. The industry-leading company hopes that this new solution will transform manufacturing floors and solve issues in additive manufacturing relating to speed, strength, and scale. In doing so, Essentium believe that they will encourage the shift from prototyping to full-scale production runs in industries including aerospace, electronics, automotive, contract manufacturing, and consumer goods.

Essentium’s HSE 280i HT 3D Printer will be the first true independent dual extrusion system (IDEX) designed and developed specifically for factory floor demands. Unlike competing IDEX 3D printers, HSE 280i HT 3D Printer true independent dual extruders, meaning that each head is completely independent, on both the X and Y-axis. As such, with the 3D Printer manufacturers will be able to accelerate the time to industrial-scale production of parts, regardless of geometric complexity. This in turn will significantly reduce production costs. 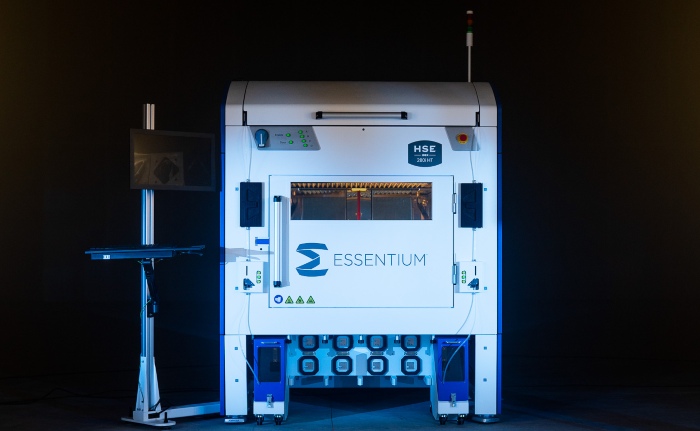 Fifteen times faster than competitive offerings, the 3D Printer  delivers world-class print speed exceeding 500 mm/s. This is thanks to its non-slip high torque extrusion system with all linear servo motors. Moreover, while most FFF processes are dependent on a heated build chamber, the HSE 280i HT 3D Printer uses a multimodal heating method to heat the part instead. This in turn means that manufacturers will no longer have to wait for the chamber to heat up to start printing, and thus further reduces production time.

Blake Teipel, Ph.D., CEO of Essentium, commented on the recent launch saying, “The manufacturing industry is increasingly moving toward a leaner and more agile future enabled by AM. This is the beginning of radical change, where billions will be saved through new economic and production models. But this change requires continuous and unrelenting innovation to be able to do things not done before, to make parts that haven’t been made before – and manufacture things that haven’t been manufactured before. This is our goal with the launch of the industry’s first true IDEX machine– we believe the HSE 280i HT 3D Printer is a game-changer giving manufacturers the ultimate machine tool to 3D print at scale.” 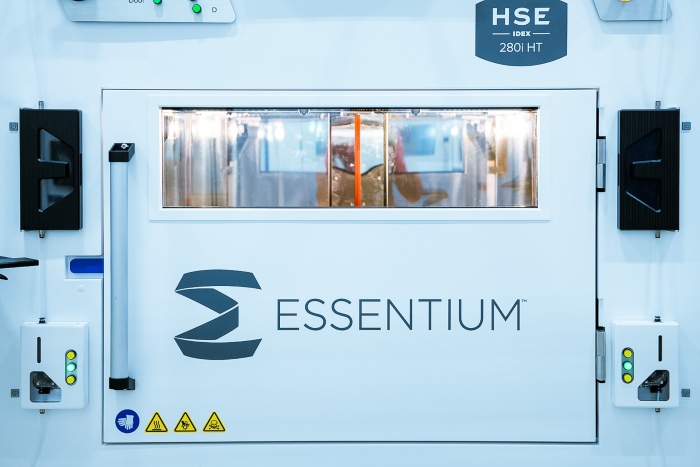 Essentium have also launched a new high-performance material in partnership with LEHVOSS Group, Essentium PP-CF. The material was developed in order to help manufacturers to realize the full potential of industrial-scale AM. With Essentium PP-CF, they also hope to deliver on their promise to create a “global, open ecosystem that puts customers in control of their innovation”. The material is a 20% carbon fiber reinforced polypropylene filament made with LEHVOSS’ LUVOCOM® 3F resin. Essentium PP-CF will deliver high standards of mechanical performance as well as impressive printability, chemical resistance, and low surface energy. This means it is highly compatible with silicone and urethane molding applications. Manufacturers are thus also able to print chemically resistant and low surface energy parts with greater strength and stiffness than unreinforced polyolefins.

You can find more information on Essentium’s website HERE. What do you think about the HSE 280i HT 3D Printer? Let us know in a comment below or on our Facebook, Twitter and LinkedIn pages! Sign up for our free weekly Newsletter here, the latest 3D printing news straight to your inbox!