Essentium’s latest survey: what is the future of industrial 3D printing? 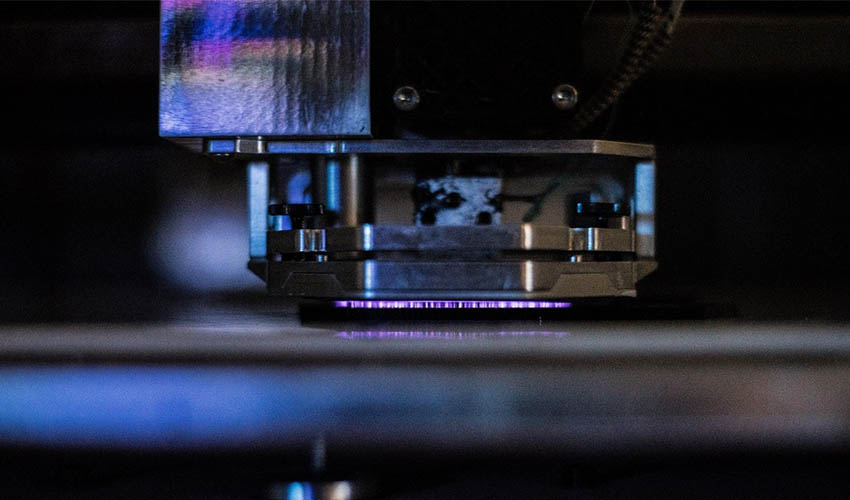 The study from Dimensional Research, sponsored by Essentium looks into the practical experiences of stakeholders who have invested into 3D printing for manufacturing, beyond simple prototyping. Although the 3D technology has a tremendous potential, the industry has been rather slow at adopting the technology for mass-production. The study from Dimensional Research gathers data on the current uses and scale of 3D printing and also tries to examine the current challenges to mass adoption. The report is based on an online survey of 114 stakeholders responsible for decisions regarding 3D printing for production parts beyond simple prototyping. 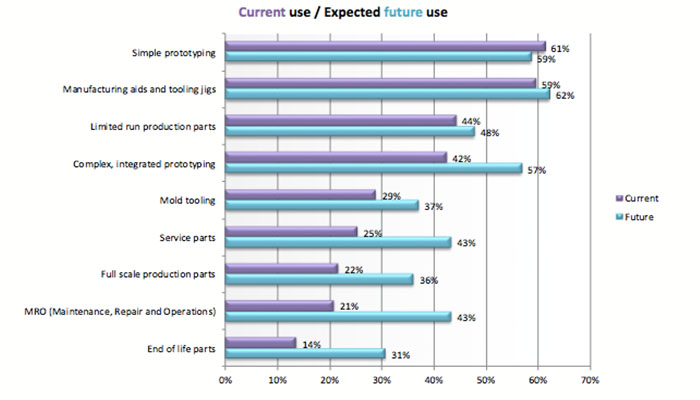 Just like the report from 3D Hubs we covered recently, simple prototyping is the most current use of 3D printing but this could change in the years to come.

In terms of benefits, 88% of stakeholders surveyed also agreed that the industry could save in the billions of dollars in production costs by adopting the technology. On the other hand, some obstacles still need to be faced, in fact, all respondents reported facing obstacles in 3D printing for large-scale production. The current technology cost was the most frequently cited obstacle (42%), followed by cost of materials (35%), lack of scalability of current technology (34%), printed parts being unreliable (31%) and many more.

Talking to the CEO of Essentium, Blake Teipel about survey results 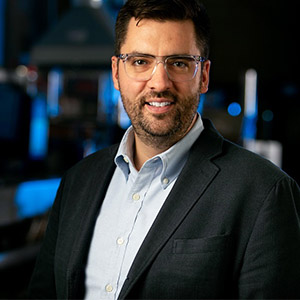 We also talked to the CEO of Essentium, Blake Teipel, who gave us some insights on the importance of the survey and why the company felt the need to sponsor such a study. “The survey was designed to give us a better understanding of how 3D printing is currently perceived and used in industrial manufacturing. It also gives us greater insights into the trends in digital fabrication, in terms of how manufacturers are adopting 3D printing into their operations and how they expect the technology to play out in the future.”

“Crucially, we wanted to understand the obstacles that remain a barrier to the continued growth of the technology within the additive manufacturing industry. The promise of additive manufacturing has always been tremendous. But the promise has been held back by the inability to scale. The question has always been: how do you use this technology to cost-effectively create not just one or two products but hundreds of thousands? We wanted to find out if this was still a challenge and whether the use of 3D printing for mass production remains limited and focused primarily on small runs.” 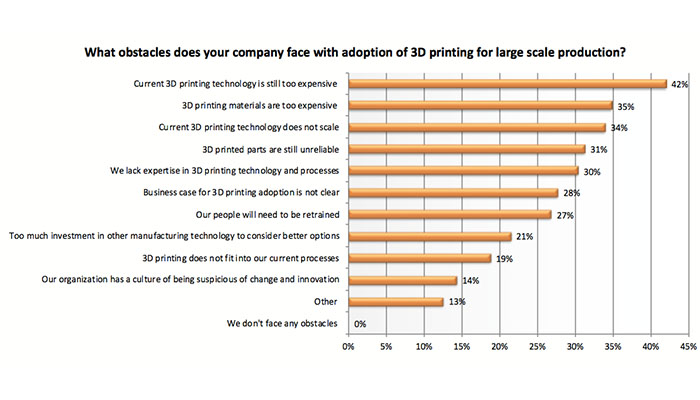 When talking in more detail about the findings of the survey, Blake Teipel agreed that it was surprising to find that all respondents saw the direct benefits of using 3D printing for large-scale production manufacturing and not just prototyping. As a matter of fact, over half of the respondents report to be preparing for full-scale 3D printing production runs, and 21% now use 3D printing for full scale production part runs. “The technology is seeing rapid advances in such areas as the range of materials that can be used, and innovation in printers which are able to produce higher-quality outputs at significantly faster rates is growing. A driving force behind the push for adoption is the potential cost-savings for organisations around the globe.”

Potential of the technology

As for his general vision of the additive manufacturing industry, Blake Teipel told us “The potential of 3D printing in the $12 trillion market that makes up industrial manufacturing is starting to be unlocked and will soon change the way things are produced and the supply chains involved.”

“They foresee 3D printing as providing them with the means to deliver products tailored to the individual, making it possible to cater more closely to the demands of modern consumers. We see exciting new possibilities in areas such as automotive, aerospace, consumer goods, and biomedical industries.”

Recently, Essentium secured a $22M investment round to continue developing and meeting demand for their high-speed 3D printing solutions, including their High Speed Extrusion (HSE) FDM 3D printing platform. Find out more on their website HERE.

Let us know in a comment below or on our Facebook and Twitter pages! Don’t forget to sign up for our free weekly Newsletter, with all the latest news in 3D printing delivered straight to your inbox!