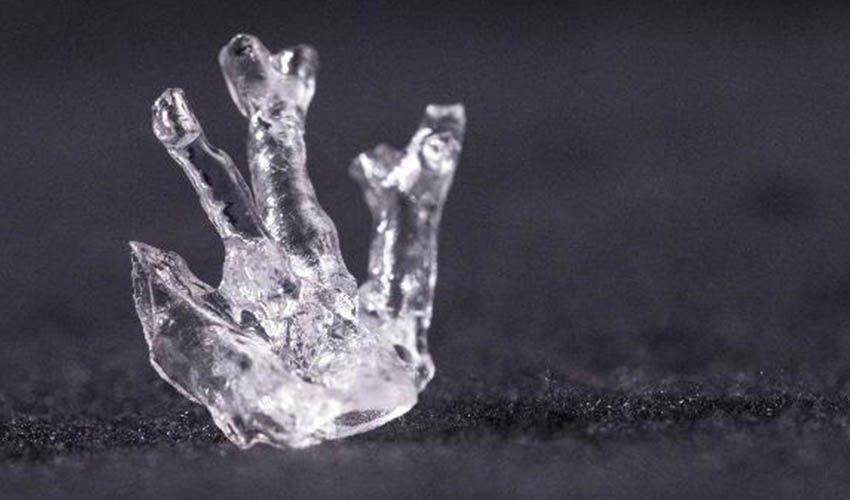 At EPFL, researchers have developed a new, high-precision method for 3D printing small and soft objects. The team of researchers in Lausanne, Switzerland explained that this new technology could have applications in a wide range of fields, including bioprinting. One of its advantages over existing methods is its ability to print different textures within the same object, which could be used to make tissues, organs, hearing aids and mouthguards for example. In order to bring the system to market, a spin-off company, Readily3D will be further developing the technology.

The process used by the researchers at EPFL is considered additive manufacturing but does not use the typical layer-by-layer approach. Instead, solid spots are formed step by step to create the object from a translucent liquid polymer. Essentially, the liquid polymer is added to a rotating platform, which is then hit by a laser. Paul Delrot, Readily3D’s CTO explains: “The laser hardens the liquid through a process of polymerization. Depending on what we’re building, we use algorithms to calculate exactly where we need to aim the beams, from what angles, and at what dose.” 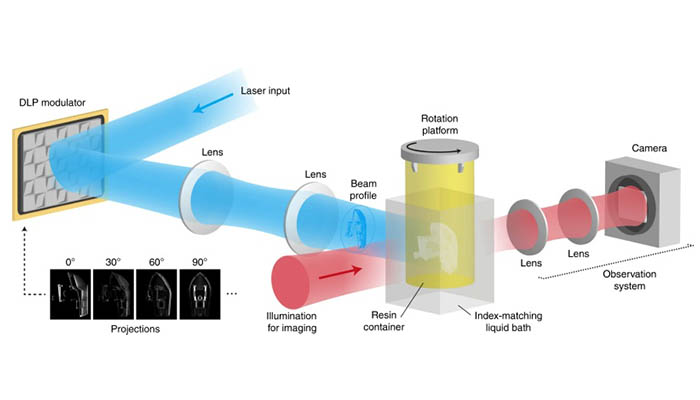 In addition to being able to fabricate soft objects with varying textures, this technology can also create very small and precise parts in a very short amount of time. Currently the system is capable of making 20 mm structures with a precision of 80µm, about the same as the diameter of a strand of hair. The team explained that as they work on developing new devices, they should be able to build much bigger objects with the same precision, potentially up to 150 mm.

The technology has already been tested by some and results seem promising. In one case, the process was used to create cell-laden scaffolds, in which cells can develop in a pressure-free 3D environment. The researchers teamed up with a surgeon to test 3D printed arteries made using the technique. The CEO of Readily3D, Damien Loterie commented that “results were extremely encouraging.” Moreover, Christophe Moser, who heads the Laboratory of Applied Photonics Devices (LAPD) where the research was initiated commented: “The process could also be used to quickly build small silicone or acrylic parts that don’t need finishing after printing.”

We will have to keep our eyes open to the applications that can emerge from such a technology. For now, you can find the research paper, which was published in Nature Communications HERE.

What do you think of this new 3D printing technique? Let us know in a comment below or on our Facebook and Twitter pages! Sign up for our free weekly Newsletter, all the latest news in 3D printing straight to your inbox!

Don’t forget that we have a webinar coming up on the 26th of February focusing on how to adopt additive manufacturing for your projects! You can sign up for free as of today HERE. 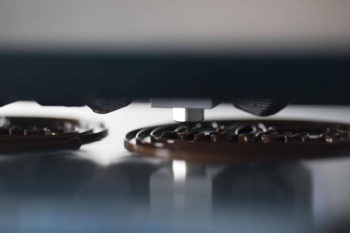 The first chocolate 3D printing studio opens in the Netherlands