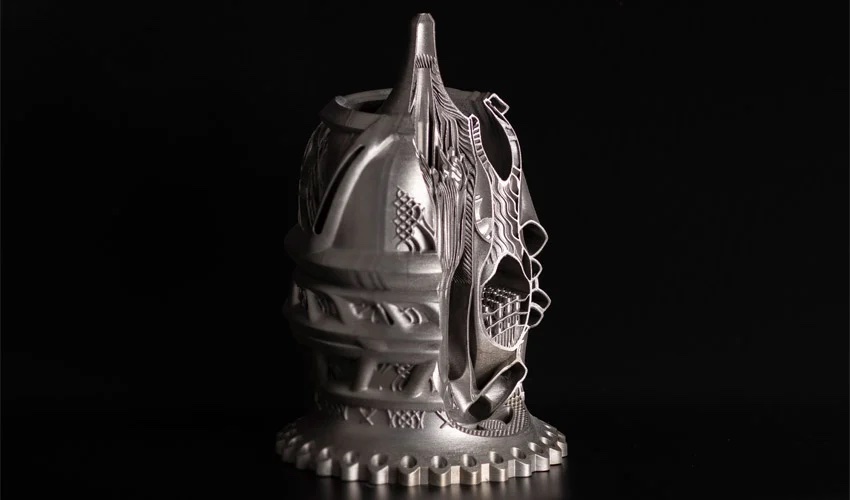 The German manufacturer EOS recently signed a partnership with Hyperganic, a company based in Munich, which develops algorithmic engineering software based on artificial intelligence. The goal of this cooperation in is to integrate the Hyperganic core platform with EOS’ 3D printing solutions and thus enable the design of complex and optimized parts for additive manufacturing processes. One of the first achievements of this strategic partnership is an aerospike rocket engine, which is characterized by its complex design. At first, the engine was 3D printed from a nickel alloy and later made from copper in a larger volume.

Founded in 2015, Hyperganic quickly became a key player in the additive manufacturing design industry. It has developed software that can reproduce nature-inspired shapes and automate each design step to the highest possible degree. In the case of this solution, it relies on algorithms and artificial intelligence to optimize the performance of the 3D printed part. When we met with the company in 2019, its goal was to diversify its partnerships and get closer to 3D printer manufacturers. A plan it has successfully implemented by recently signing the new agreement with EOS. Lin Kayser, CEO of Hyperganic, says, “we are very excited to partner with EOS in this industry-first collaboration. Algorithmic Engineering translates ideas into designs in minutes, with the engineer setting the rules and the computer generating the results. Specifically, the field of space propulsion which still uses very conservative designs, will benefit greatly from Algorithmic Engineering.” 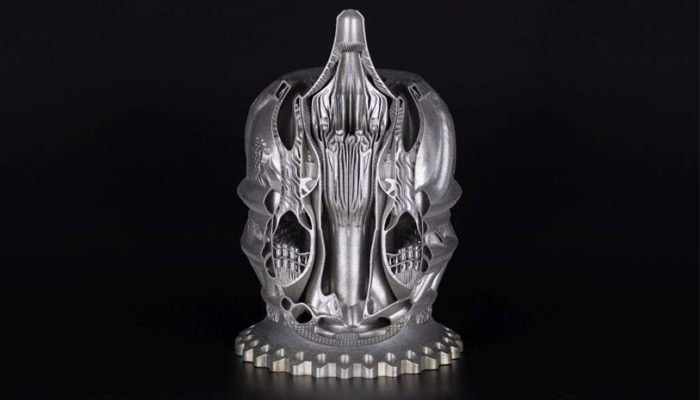 EOS and Hyperganic advance the field of space propulsion

Keeping that in mind, the two companies created a 3D printed aerospike rocket engine. Hyperganic’s teams came up with an innovative design based on an algorithmic model. Several hundred iterations were generated and one of them was 3D printed on an EOS M 400-4 machine, without an additional support and using NickelAlloy IN718. This is a major challenge, as this type of engine requires a deconstruction of the a conventional engine design and therefore results in a more complex redesign. It’s important to remember that aerospike nozzles are designed to optimize propulsion efficiency over a wide range of altitudes.

Following this first printed part, the entire engine was reworked to be manufactured on a larger system, the AMCM M 4K machine. That is a device developed by the eponymous company, which is part of EOS. It offers a production volume of ~18″x 18″ x 40″ and integrates up to 4 lasers. The company Launcher has invested in this particular machine. In any case, by now an ever larger motor of the aerospike has been 3D printed, this time in copper. 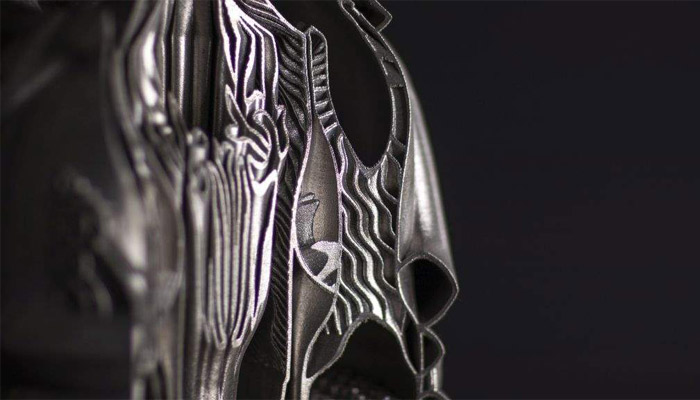 EOS founder Dr. Hans J. Langer concludes, “As a constant and pioneering innovator, we are now partnering with Hyperganic to introduce another paradigm shift in AM. It is a design shift that expands solution spaces as well as performance levels. At the same time, it will revolutionize the design process for AM, making AM a truly digital workflow from software-generated Algorithmic Engineering to digital manufacturing.” You can find the full press release HERE.

What do you think of the partnership between EOS and Hyperganic? Let us know in a comment below or on our LinkedIn, Facebook, and Twitter pages! Don’t forget to sign up for our free weekly Newsletter here, the latest 3D printing news straight to your inbox! You can also find all our videos on our YouTube channel.