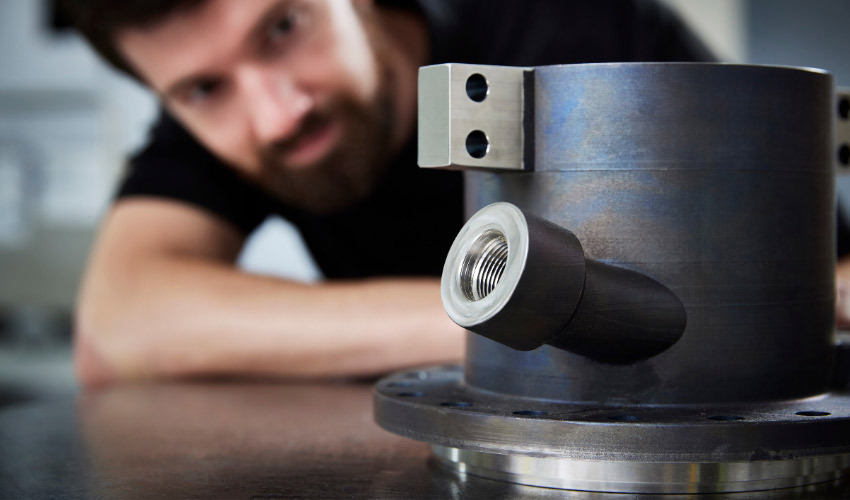 Metal additive manufacturing is increasingly being used to develop the next-generation of turbomachinery. Turbomachinery describes machines that transfer energy between a rotor and a fluid, including both turbines and compressors. To produce innovative designs in this field, without having to contend with long, expensive development cycles, companies are investing in new technologies. As such, Mohawk Innovative Technology recently integrated VELO3D’s metal technology in its compressor design for a Concentrated Solar Power (CSP) project sponsored by the U.S. Department of Energy (DOE). Fabricating the compressor via traditional manufacturing methods, such as casting and mold-making, would have taken some 20 weeks and cost more than $90,000. Instead, Mohawk achieved a part, from start to finish, in shorter lead times, and that cost 2.5X less.

In 1994, co-founders Jim Walton and Dr. Hooshang Heshmat merged their aerospace and metallurgical expertise to form Mohawk Innovative Technology, Inc. The company develops oil-free bearing technology incorporated into sophisticated components for energy, power, defence, aerospace and other industries. Following some successful projects, such as the development of a cast-metal centrifugal compressor for a hydrogen transport system, they qualified for a new DOE-sponsored project. 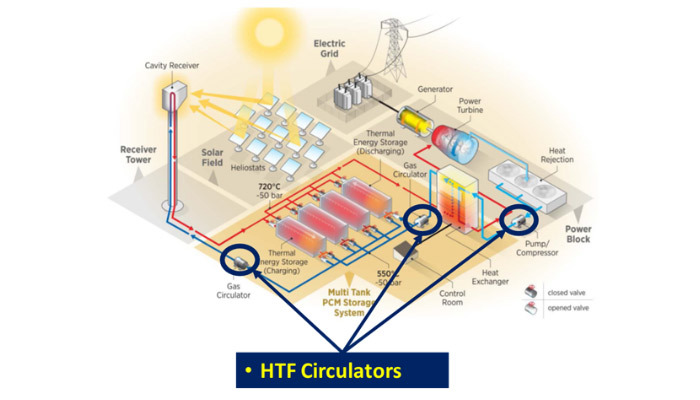 In this project, Mohawk Innovative Technology was asked to design Heat Transfer Circulators for a Concentrated Solar Power (CSP) system that would be competitive with conventional power generation. CSP systems use mirrors to reflect and concentrate sunlight onto a receiver, where the light is collected and converted into thermal energy used to produce electricity. In this case, the thermal energy was in the form of supercritical CO2 (s-CO2), which is the fluid state of CO2 (when CO2 is held at or above its critical temperature and pressure). Under extremely high pressures, s-CO2 has the density of liquid but the viscosity of gas. This makes it an ideal conduit for heat and energy, delivering far more power than steam. It is also capable of being compressed through heat exchangers and channeled to tanks to be stored for peak-hour power needs. Therefore, Mohawk began designing a compressor housing, specifically geared to s-CO2. Moreover, its oil-free bearing technology was a perfect fit given that oil is reactive with s-CO2 and causes corrosion.

“Our goal was to help reduce the cost of the machinery and make such plants more cost-effective. A single compressor for a 100-megawatt CSP system can run between $7-$20 million, so there’s a real opportunity for design innovation to support alternative energy. When the DOE started looking for ways to address the challenges of s-CO2 in concentrated solar power plants, we knew we could provide some answers,” explains Walton. 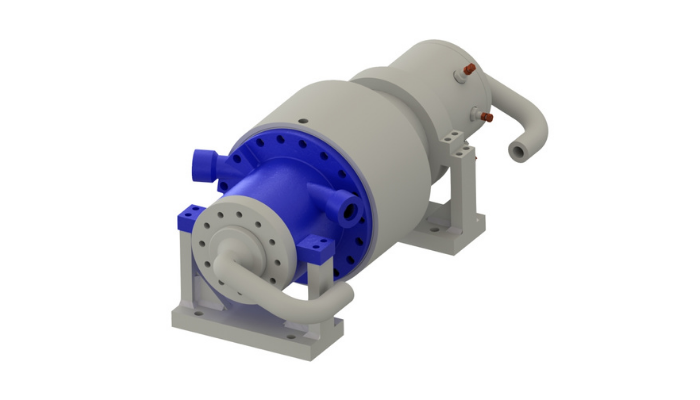 Plastic model of a HTF circulator for a CSP system designed by Mohawk. The portion in blue is the compressor housing that was 3D printed on VELO3D’s Sapphire printer | Image Credit: Mohawk Innovative Technology

The housing not only had to support a rotating shaft spinning freely, it also had to incorporate volutes (curved channels) that provide high-speed intake and discharge of s-CO2 through the compressor. Chief Engineer, Jose Cordova explains: “Delivering this much functionality in a conventional compressor design would have required combining three separate parts. What’s more, given the pressures on the s-CO2 flowing through this system, and the temperature extremes (from 50 to 550°C) to which it’s subjected, we knew we had to use a nickel-based superalloy like Inconel, which is notoriously difficult to cast.” Therefore, the team quickly realized that they would not be able to make this part by traditional methods. And even existing 3D printing methods would create roughness, compromising efficiency.

Therefore, Mohawk decided to partner with VELO3D, developer of support-less metal AM technology based on Laser Powder Bed Fusion (LPBF). After successful tensile tests on 3D printed Inconel blanks, the project was given the go-ahead by Dr. Heshmat. VELO3D Applications Engineer Gene Miller explains: “There were a lot of challenging angles that would typically require support structures, which only add compromises to design and performance. Our technology provides the ability to print down to zero-degree angles without supports, and that proved to be a necessity with the internal volutes.” With 3D printing, they were also able to create a single, compound design, instead of combining three parts. 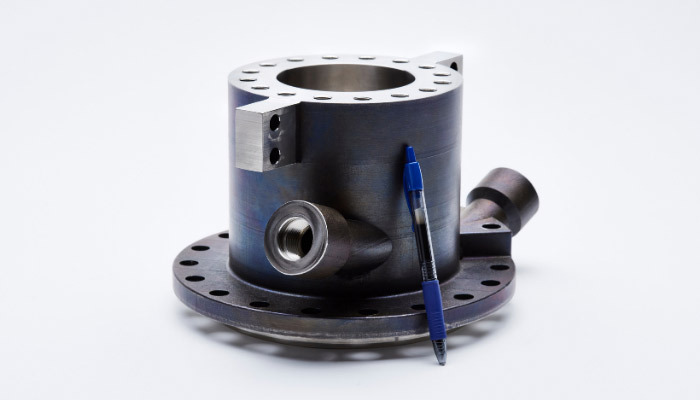 To set up the design for 3D printing, the native CAD file was brought into VELO3D’s pre-print Flow software. Once the design was set up in the software, the Inconel part was printed in about 3.5 days on the Sapphire system at Duncan Machine Products (the contract manufacturer for this project). Additionally, VELO3D’s Assure software monitored and reported critical aspects in real-time, indicating off-nominal measurements. Indeed, the software serves to capture relevant data points, along with trend analysis, in a comprehensive build report that gives end users key information. Reproducible and repeatable outcomes are essential for users to gain trust in the AM process, which is why VELO3D has put emphasis on developing and improving this software solution.

Metal AM: the future of green technologies?

Mohawk’s engineers explained they were excited about the potential of AM and believed it could make a big impact on their business going forward. Walton comments: “3D printing opens up new markets for us and is a great fit because our specialty is custom machines. It definitely creates new opportunities for cost-efficient prototyping as well as cost-competitive manufacturing of production parts for custom systems.” Indeed, the engineers were able to make no compromises to design intent, innovate faster, and reduce manufacturing costs, all the while boosting performance. For more information on VELO3D’s technology and applications, you can visit their official website.

This material is based upon work supported by the U.S. Department of Energy’s Office of Energy Efficiency and Renewable Energy (EERE) under the Solar Energy Technology Office (SETO) Award Number DE‐EE0008374.

What do you think of metal 3D printing’s role in developing more efficient energy applications? Let us know in a comment below or on our Facebook and Twitter pages! Sign up for our free weekly Newsletter, all the latest news in 3D printing straight to your inbox!

Are powders a barrier to the development of metal additive manufacturing?

Is 3D printing in an office space dangerous for your health?