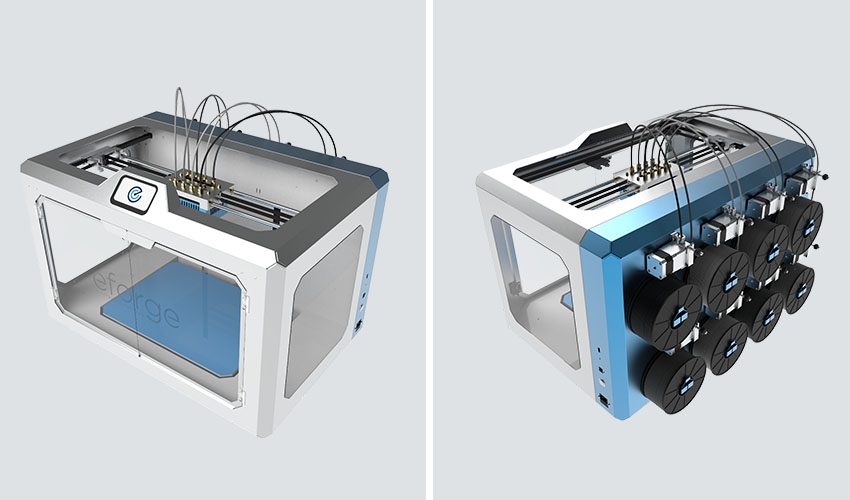 The electronics industry is a young yet growing area of 3D printing. Until now, this sector was mostly used for prototyping purposes, however higher-volume additive manufacturing of electronics are in demand and solutions should grow in the years to come. One of the first companies to release a solution is the company Electronic Alchemy. The Alabama-based company is expected to deliver a 3D printing system capable of delivering functional electronics as soon as October 1st.

Their system is called eForge and their prototype, version 0.6, was built, tested and delivered to NASA at the end of June. If everything goes as planned,  the commercially available eForge will be version 1.0. Electronic Alchemy explains that electronic device components and sensors can be designed and 3D printed on demand, or alternatively downloaded from the shared  library on their design portal.

Technical Specifications on the eForge

The eForge presents a moveable, heated platform bed, an extruder block and LCD touch screen. The extruder block will feature 8 extruders which allow simultaneous printing of up to 8 materials with independently controlled temperatures of up to 300°C – the 8 spools of filament material can be attached at the back of the 3D printer. Moreover, the print bed on the eForge is auto-leveling and can heat to 120°C and achieve a Z-axis accuracy of 1.35 microns. 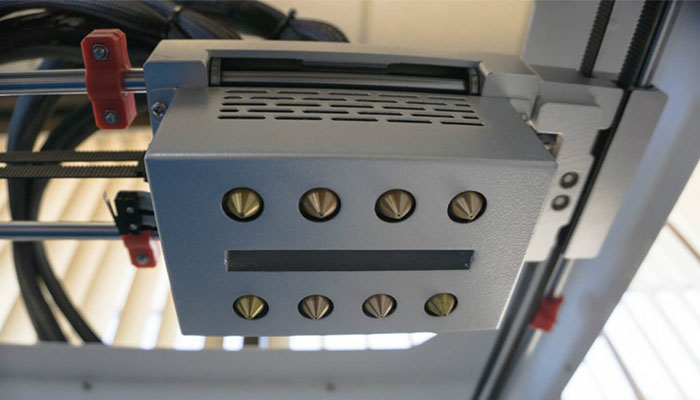 Recently, the company performed a test by designing a capacitive driven pressure sensor and printing it on their system. The pressure sensor is a two-material device that was designed on TinkerCAD. Once the layout was completed, the OBJ file was exported to a slicing software where G-code was produced and exported to a USB. The G-code files were selected on the interface for printing. The first layer, often the most tricky, is a layer of resistive material. Following this, the system printed a layer of capacitive material and finally the last layer of resistive material was added. The final device, 20 x 25 mm surface area and 5 mm thick took about 9 minutes to print. 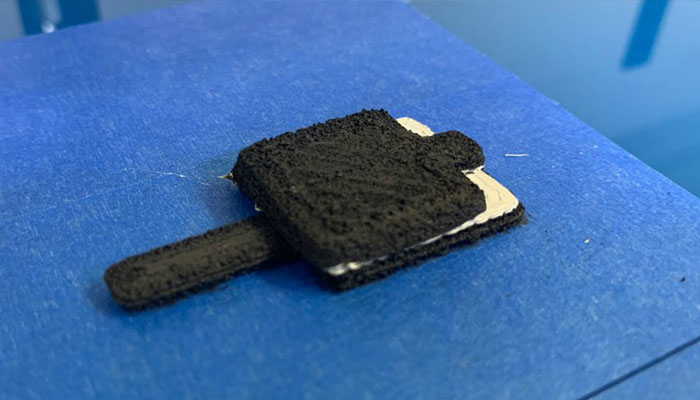 The company also explains that they have worked and received support from NASA for the last two years. Why is NASA investing in 3D printing? They explain: “The advancement of additive manufacturing is of paramount importance to NASA. Resupply missions to astronauts in low earth orbit can take months or even years. The ability to 3D print tools and other items will allow astronauts to create the items they need, on demand, without waiting for costly resupply missions. This is of particular value as it relates to mission critical devices and components, like the chemical sensor printed on the eForge.”

What do you think of the eForge prototype? Let us know in a comment below or on our Facebook and Twitter pages if the listing above was useful! Don’t forget to sign up for our free weekly Newsletter, with all the latest news in 3D printing delivered straight to your inbox!