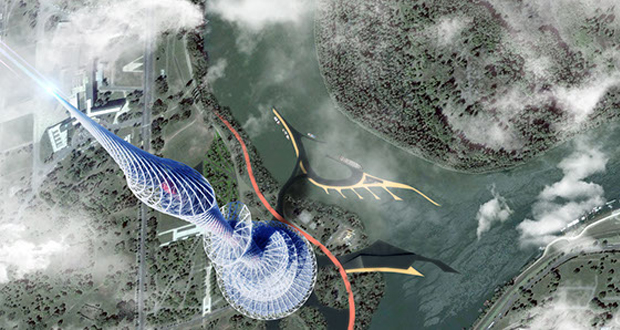 The United Arab Emirates are already known for implementing the most innovative ideas in 3D printing, so the additive production of buildings is nothing new in Dubai. In May of last year, they unveiled the first 3D printed office building and now, in cooperation with the startup Cazza Construction Technologies, it has been announced the their 3D printed high-rise building is being planned. 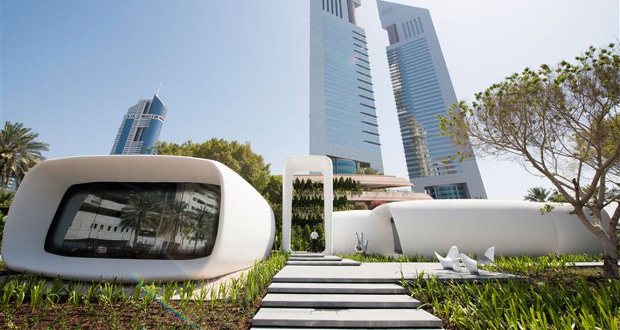 This office was build in only 17 days

At the end of 2016, Dubai signed a partnership with Cazza as the United Arab Emirates is looking to produce a quarter of the buildings planned in their projects by the end of 2030, by means of 3D printing. For this latest project, Cazza wants to use a new technology called “Crane Printing”. This technology would allow the construction of buildings that are more than 80m in height (about 262 ft.).

“When we first thought about implementing 3D printing (in the construction industry), it was mostly houses and low buildings. Developers always asked us if it was possible to produce 3D printed skyscrapers. This has prompted us to carry out research on this technology for larger structures”.

How does this technology work?

Cazza Construction Technologies has so far only experienced building flat buildings. With the new Crane Printing Technology, they will be able to raise the bar (literally). The technology itself is based on the manufacturing of existing materials such as concrete and steel. The mobile robots for 3D printing are mounted on cranes, which will provide the lifting. According to Fernando De Los Rios, COO of Cazza, the system is compatible with all cranes and no special designs have to be made for this project. The process is to be as cost-efficient and environmentally friendly as possible, which is why they combine mobile robots for additive production and conventional construction methods. 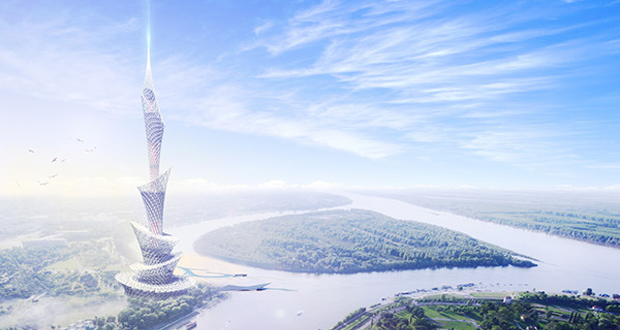 “Through our technologies, we can build architecturally complex buildings in the shortest possible time […] the high costs for the technology will be reduced as soon as we go into mass production, says CEO Chris Kelsey. 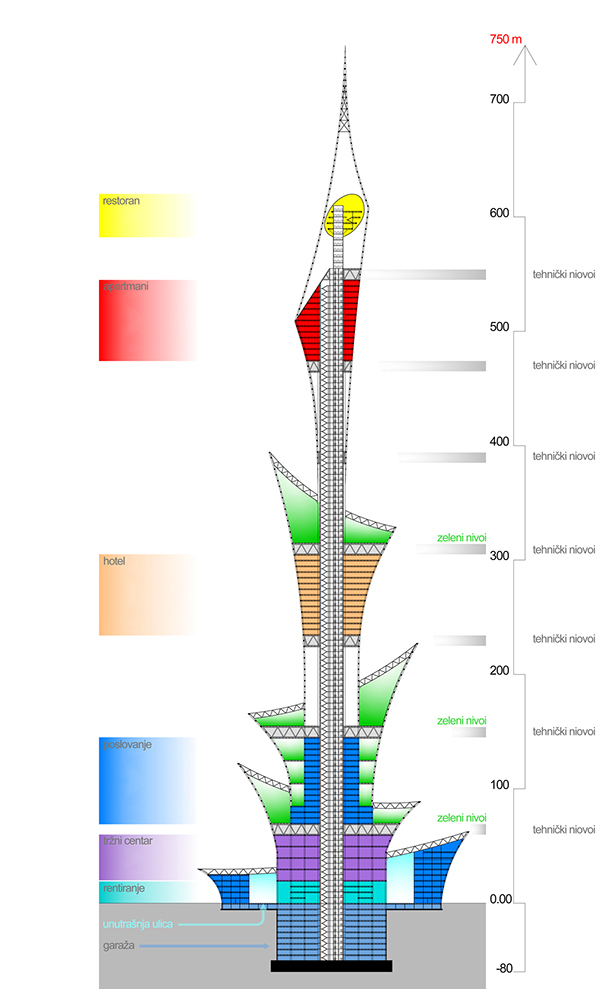 The concept includes several facilities including hotels and restaurants

So far, it is not officially known how high the high-rise will be. According to the interview with Construction Week Online, the concept design by Aleksandar Grusanovic is to be implemented. The “Belgrade Tower” stands with its unique form and is intended to accommodate restaurants, apartments and a hotel. According to the official drawings,

the tower measures 750 meters (about 2,460 ft.), but such a size would be a real Goliath task for the Cazza team as it is its first project. It would be interesting to know more about the technology behind the idea, but the company isn’t quick to show their hand.

Nevertheless, the young startup has created great excitement in the construction industry and has aroused a lot of interest from investors. Just recently, an unknown Saudi wanted to buy the company for $38.6 million, but Chris Kelsey rejected the bid. Cazza Construction Technologies is currently not for sale, but it is definitely open to investors who wish to help push their creations forward.