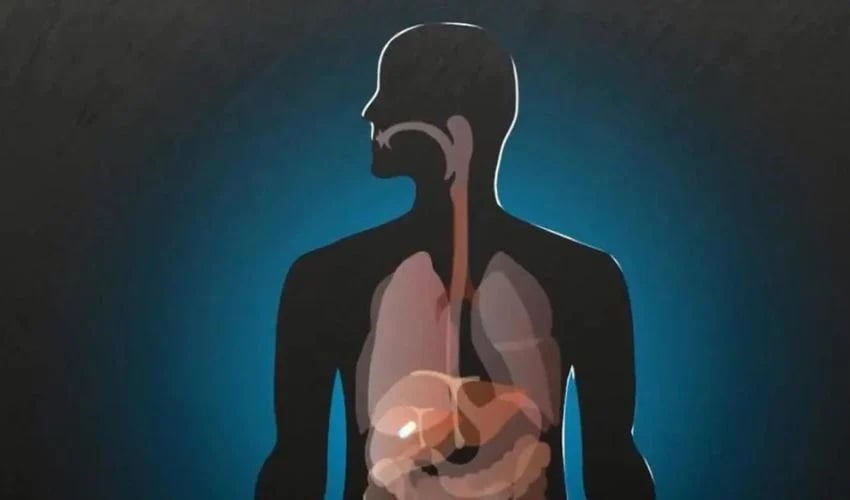 Concordia University researchers developed a new platform technology that uses ultrasonic waves to create complex and precise objects. The researchers have succeeded in using sound to solidify liquid into plastic. This so-called direct sound 3D printing could make it possible in the future to create implants directly in the body.

In Direct Sound Printing (DSP), ultra-high frequency sound waves are concentrated for only a trillionth of a second on a spot of liquid resin. This brief but powerful concentration causes the formation of a tiny bubble, which in turn has enough energy to trigger a chemical reaction that solidifies the resin. Most 3D printing methods currently in use are based on either photo (light) or thermal (heat) activated reactions, which then achieve precise manipulation of polymers. This newly developed direct sound 3D printing method could therefore provide a third option for creating new objects. Professor Muthukumaran Packirisamy, corresponding author of the research report, commented:

“Ultrasonic frequencies are already being used in destructive procedures like laser ablation. We wanted to use them to create something”

What is Direct Sound 3D Printing?

DSP is based on chemical reactions created by pressure fluctuations in tiny bubbles suspended in a liquid polymer solution. The researchers found that by using a specific type of ultrasound at a specific frequency and power, they could create very localized, highly focused chemically reactive regions. The reactions caused by ultrasound wave-driven oscillations in the micro-sized vesicles are intense, even though they last only picoseconds. There, the temperatures reach a pressure that is about 1,000 times the air pressure at sea level and about 15000 degrees Celsius. The reaction time here is so short that the surrounding material is not affected by the high temperatures thus caused.

Concordia University researchers experimented with a polymer called polydimethylsiloxane (PDMS), which is already used in additive manufacturing. Using a transducer, an ultrasonic field was generated that penetrates the body to selectively solidify liquid resin, depositing it on a plate form or other previously solidified object. The transducer moves along a predetermined path, creating the desired object pixel by pixel. Direct sound 3D printing could offer new, previously unimagined possibilities in additive manufacturing. Sound can penetrate solid bodies or devices, offering the possibility of making implants directly inside the body, rather than surgically inserting implants made outside. For example, researcher Mohsen Habib says DSP introduces the possibility of non-invasive printing deep inside the body. 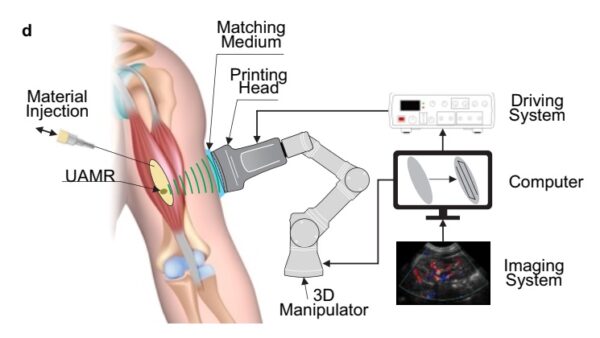 The versatility of this direct sound 3D printing process could benefit industries that rely on highly specific and sensitive equipment. For example, DSP could be used in aerospace engineering and repair because ultrasonic waves penetrate opaque surfaces such as metal shells. This could allow maintenance teams to service parts that are deep in the fuselage of an aircraft and difficult to reach by other means. DSP could also have medical applications and be used to print implants or the like inside the bodies of humans and other animals. Watch the video below to learn more about the topic or you can download the paper from Nature Communications HERE.

Would you have an implant printed directly in your body in the future?Let us know in a comment below or on our Linkedin, Facebook, and Twitter pages! Don’t forget to sign up for our free weekly Newsletter here, the latest 3D printing news straight to your inbox! You can also find all our videos on our YouTube channel.