Published on September 3, 2019 by Alexandrea P. 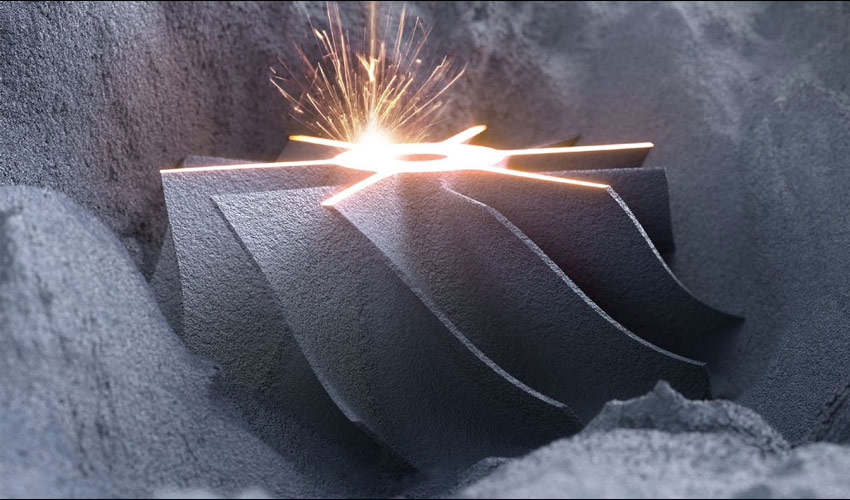 In 1994, EOS patented its process called Direct Metal Laser Sintering (DMLS), while in 1995 the Fraunhofer Institute introduced the term SLM for Selective Laser Melting. The two techniques are similar, however to avoid any confusion we will use the term Laser Powder Bed Fusion (LPBF). The terms can seem confusing, DMLS uses the word sintering when in fact it works by melting. Similarly, PBF uses the word fusion, when you cannot melt a plastic, you can only sinter it. However, Selective Laser Sintering (SLS) is part of the PBF family. 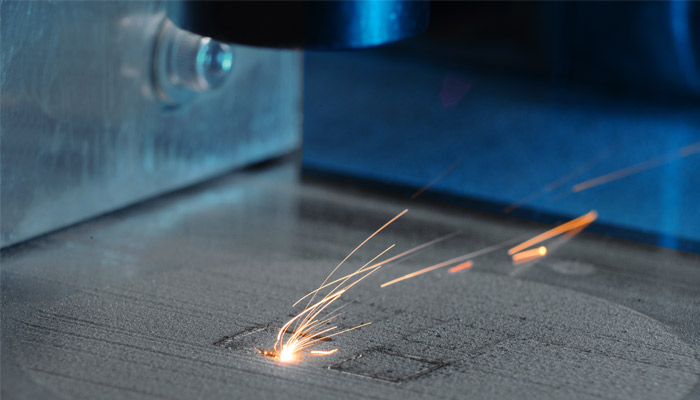 What you should remember is that the difference between sintering and melting is quite simple: melting involves moving from a solid to a liquid state thanks to the high-temperature of the heat source; sintering does not allow the material to reach its liquid state because the temperature of the heat source is not high enough. In the case of sintering metal, the metal particles are agglomerated together, but the result is a fairly weak part. To illustrate this point, let’s take the example of stacking apples: there will always be a gap between two fruits. The 3D printed parts will therefore have a low mechanical strength, unlike fusion (i.e. melting) where the material, because it reaches its liquid form, fills these holes.

Like any 3D printing technique, the design of a part begins with the creation of the 3D model using CAD software. The part is then cut into a multitude of layers by a slicer – in this case, the thickness of a layer generally varies between 20 and 60 microns.

In order to start the printing process, the 3D printer fills its chamber with an inert gas and then heats it to the optimal printing temperature. A thin layer of powder is then applied to the build platform, according to the layer thickness previously defined by the software. The fiber optic laser (200/400 W) then scans the cross-section of the part, melting the metal particles together. When the layer is finished, the platform moves down, allowing another layer of powder to be added. The process is repeated until the final part is obtained.

The 3D printer must then be allowed to cool and the unmelted powder removed from the tray to see the printed part. The part is attached to the build plate thanks to printing supports; Unlike SLS technology, these supports are recommended because they reduce the warping and distortion phenomena observed at high temperatures. They are generally removed by cutting or machining methods or by wire electro-erosion. The parts can be heat treated to reduce residual stresses and improve mechanical properties. Further post-processing can involve CNC machining steps and polishing processes to offer a better surface quality. 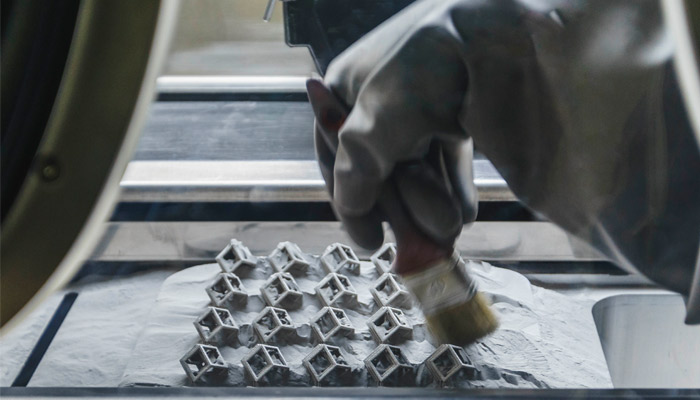 As you will have understood, LPBF uses metallic powders to design more or less complex parts. Metallic and alloy materials such as stainless steel, cobalt-chromium, aluminium, titanium and inconel are most often used. Some precious metals (gold, platinum, silver) are sometimes used, but almost exclusively in the jewellery sector. The strength of the parts obtained is comparable to that obtained by casting or machining techniques. LPBF is one of the few additive manufacturing technologies to be used in production.

The aerospace, automotive and medical (especially dental) sectors are very fond of this technology. It offers a geometric complexity that is impossible to achieve using conventional manufacturing methods while reducing their final weight and the number of components to be assembled using techniques such as topology optimisation. This results in shorter production times and very resistant custom parts. However, metal 3D printers and metal powders are very expensive and do not allow the manufacture of very large parts. 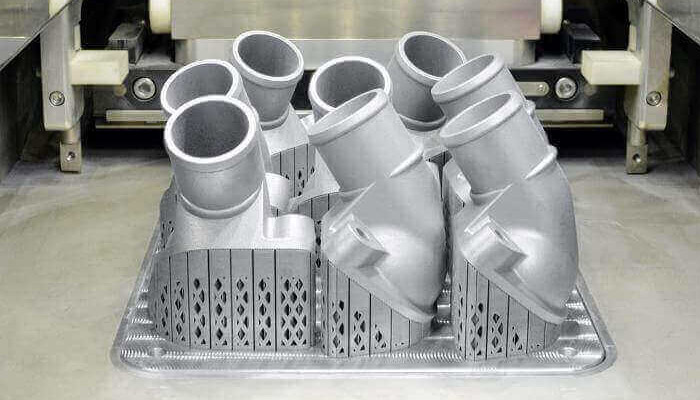 One of the technology pioneers is the German EOS with its EOS M range, which offers a complete production solution for any industrial company. The company was joined by 3D Systems in 2013 following the acquisition of the French company Phenix Systems, which specializes in the development of DMLS machines. Of course, the German company SLM Solutions, but also Trumpf, Renishaw and the Italian company Sisma are some important players. If you are looking for more manufacturers of LPBF 3D printers, have a look at our listing of the main market players of metal AM systems HERE.

Was this guide useful? Let us know in a comment below or on our Facebook and Twitter pages! Sign up for our free weekly Newsletter, all the latest news in 3D printing straight to your inbox!