3D printing news News What is the Difference Between SLA and MSLA 3D Printing? 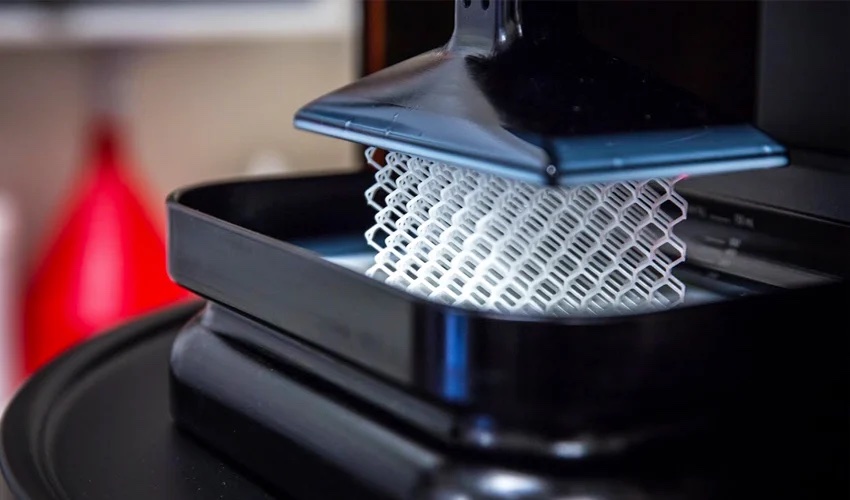 Within resin 3D printing there are a number of different manufacturing methods. Processes like SLA, DLP or MSLA are all available, differing depending on which light source or process by which the photopolymer solidifies is used. In addition, many large companies in the industry have also developed their own resin additive manufacturing solutions, with slight modifications that allow them to be patented as proprietary technologies. This is the case of BCN3D with its VLM 3D printing process, Prodways with MovingLight, or Carbon with DLS. However, today we want to focus on two specific methods which are SLA and MSLA. And though they may sound familiar, in fact that are extremely different. We took a closer look at how each one works, what their similarities are and, finally, how they differ from each other.

On one hand, stereolithography (SLA) technology uses a laser that solidifies the resin layer by layer in the 3D printer tank. Once the layer is finished, the build plate descends again to make way for the next one. Thus, the process is repeated until the final piece is obtained. On the other hand, the so-called Masked Stereolithography Apparatus (MSLA) is a modified form of SLA 3D printing. Although it is based on the same principle of light curing the resin using a light source, the method is somewhat different. Specifically, instead of using a laser beam to trace the layers, MSLA printers use a larger ultraviolet light source which is then selectively masked with an LCD screen to create the design. 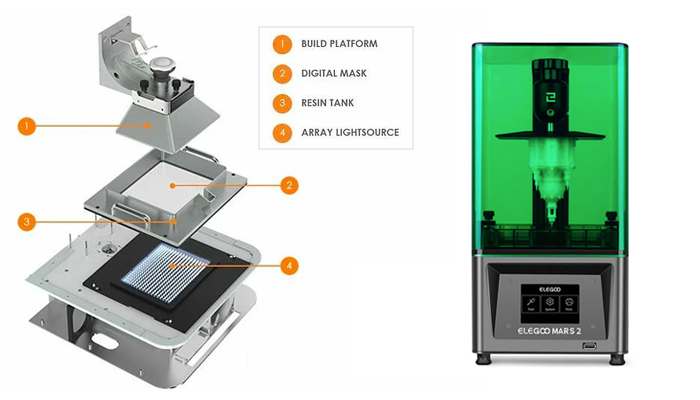 Characteristics of SLA and MSLA Technologies

As we can see, the main difference between SLA and MSLA 3D printing is the light curing process for the resin and the light source. Therefore, the composition and elements of the 3D printers will vary from one machine to another. As the exposure of the layer to UV light is different, it also affects the printing speed and production times. While traditional SLA 3D printers rely on the number of layers and the amount of material in each layer to be laser cured, MSLA technology relies solely on the number of layers being printed. This difference in operation means that MSLA solutions have a speed advantage on each layer, especially when printing multiple objects at once.

On the other hand, the horizontal resolution is different in each process, even though the layer height in the MSLA process is identical to that of SLA. In SLA machines, the resolution is based on the diameter of the laser beam, while in MSLA it depends on the resolution of the LCD screen. Although high-resolution 4K displays are available today, the prices are quite high, so this can be a barrier when choosing the light source. However, SLA technology also has an advantage in this respect. Since the laser beam is adjusted by a mirror, there are no steps in the X/Y axes. In turn, the use of a pixel-based display means that MSLA solutions do face steps in the X/Y axes, although the severity of the effect is based on the pixel density of the display. 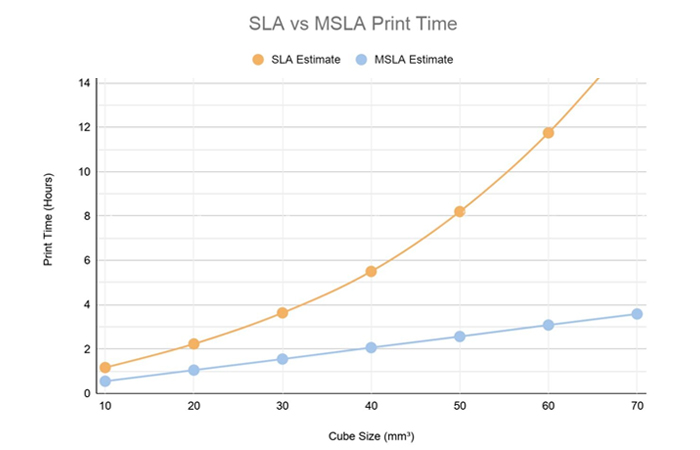 Still, there are other aspects in which both manufacturing methods have things in common. If we focus on the part design and the lamination steps in the slicer, there are a number of parameters to take into account for SLA and MSLA technologies. In particular, we must pay special attention to the orientation of the parts, as the printing time is also determined by the height of the part. In terms of post-treatment, both methods must follow the 3 typical steps: cleaning, curing and surface finishing. During the cleaning process excess resin and supports are removed from the part by soaking it in isopropyl alcohol (IPA). Care must be taken at this point as both technologies can damage the surface to which the support structure is attached. Afterwards, curing is performed as a post-curing polymerization after the one that occurs in the resin 3D printing process.

After this analysis, we can get an idea of which resin 3D printing technology is most suitable for our parts. Although MSLA solutions are not yet as democratized as SLA, they are proven to be an almost seamless improvement over traditional stereolithography. The reduction in manufacturing times is a great advantage over any other 3D printing method. Also, as prices continue to drop over time, standard SLA printers will likely begin to lose popularity.

What do you think of SLA and MSLA technologies? Let us know in a comment below or on our LinkedIn, Facebook, and Twitter pages! Don’t forget to sign up for our free weekly Newsletter here, the latest 3D printing news straight to your inbox! You can also find all our videos on our YouTube channel.