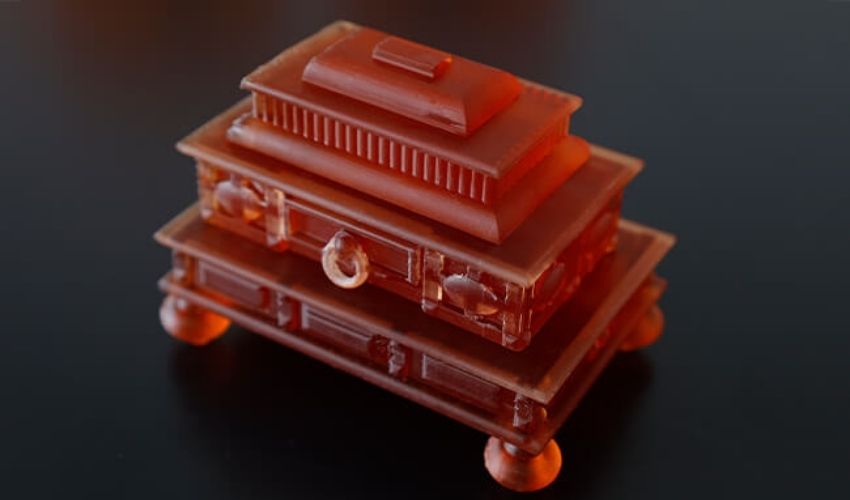 3D printing is another way for artists and creatives to visualize ideas and break new ground in the creation of art objects. In the past, we have already reported on artists who use additive manufacturing to produce lamps, pieces of furniture or acoustic elements. But museums have also already recognized the potential of the technology. A current example of a museum using 3D printing for some models on display is the Amber Museum in Gdańsk, Poland. There, objects by emerging industrial designer Jakub Pastuszak will soon be on display and while they are not actually made of amber, they are either inspired by it or will represent models of well-known amber art.

The 3D printing in the museum in Gdansk

The Amber Museum in Gdansk is moving to new premises and will open its doors to visitors on July 24, 2021. In the future, the various exhibitions on amber will be located in the newly restored Grand Mill from the 14th century, in which contemporary art will be found alongside historical amber pieces. Jakub Pastuszak, a local industrial designer, will also have the opportunity to install four additively manufactured installations there. Pastuszak has been working as a designer for three years and will graduate in 2022 with a degree in industrial design from the Academy of Fine Arts in Gdansk. The industrial designer wants his work to focus on the interaction between people and objects, and says himself about the use of 3D printing, “The lack of contact with living matter creates a cognitive dissonance, which is not good for the implementation of the design. 3D printing can help avoid the risk of the projects remaining only in the sphere of three-dimensional concepts.” The artist himself sees 3D printing as a tool for artists that can be used to produce objects in a time- and cost-efficient manner, for which additional specialists would otherwise have to be hired. 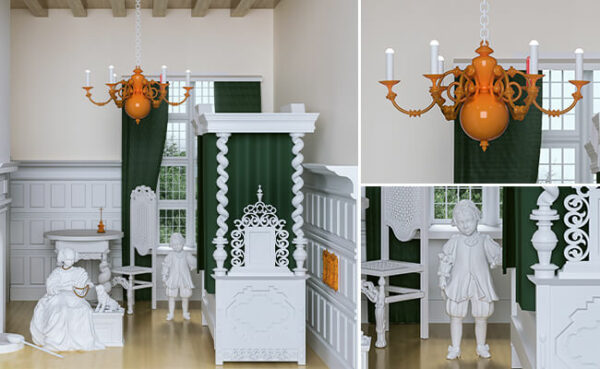 A 1:6 model of a 17th century craftsman’s room is one of the additively manufactured objects in the exhibition, for which the Amber Museum would alternatively have had to commission miniaturists to make. Because there are few of these, completion would take several years and involve high costs. In addition, the production of replicas and models using 3D printing involves much less waste, which makes the technology more environmentally friendly compared to traditional methods.

In addition to the 1:6 model of the room, the artist from Gdansk was commissioned by the Amber Museum to create a 3D model of an amber cabinet of curiosities, an Amber Craftsman’s House, and a model of the famous 40-million-year-old lizard found in amber. Pastuszak realized the commissions together with museum staff and 3D designers. Luckily, Jakub Pastuszak’s workshop had a variety of Zortrax equipment ready for the job. For the museum’s jobs, the LPD and LPD Plus machines were used for larger models of furniture and figures, while a UV LCD printer was used to produce objects with fine details such as sculptures, faces, hands or the chandelier. 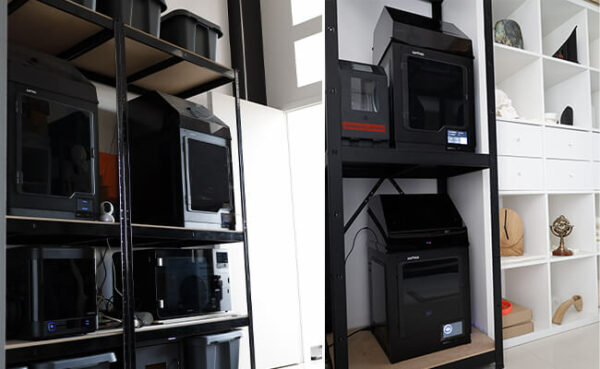 The team studied the details of the 17th and 18th century originals in detail beforehand, created the 3D models accordingly, and finally additively manufactured the parts and polished and smoothed the surface with a Zortrax Apoller as part of the post-processing. For more information on how 3D printing was used by the artist for the museum, click HERE.

What do you think of how Jakub Pastuszak has used 3D printing? Let us know in a comment below or on our Facebook and Twitter pages. Don’t forget to sign up for our free weekly newsletter, with all the latest news in 3D printing delivered straight to your inbox!