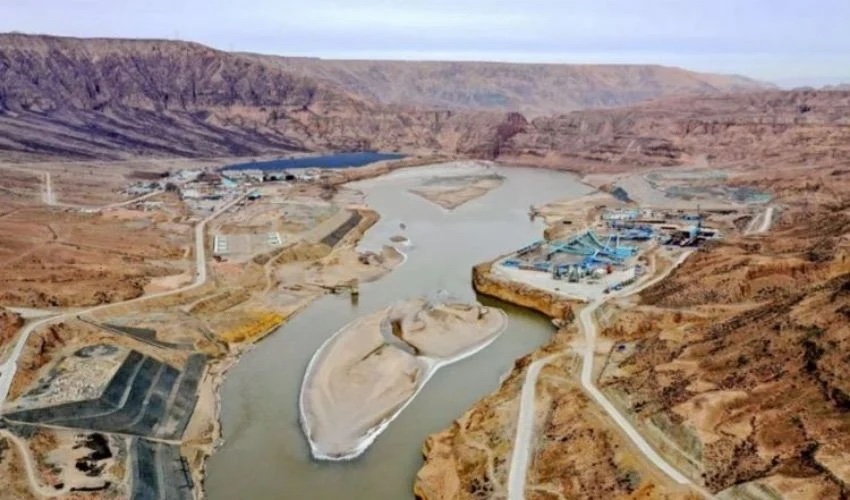 China is already widely known for its focus on innovation and new technologies. Recently, the East Asian country announced, that it will be relying on additive manufacturing in addition to artificial intelligence to build a dam on the Tibetan Plateau. What is surprising about the project is the fact that no human workers will be involved in the buliding of the dam. The construction, which is expected to be completed in the next two years, is also set to become the world’s largest 3D robot printing project.

The soon to be 3D printed dam stands out in a number of ways.  Not only because of the innovative process, but also because of the environment in which it’s being built. Though large-scale additive projects have already been implemented in China, they have always relied on the support of skilled human workers. For example, the world’s largest 3D-printed pavilion and the first retractable 3D-printed bridge were both built in China. This time Chinese manufacturers are setting a different standard for dam building by completely dispensing with human workers. The project importantly shows what is possible  when combining additive manufacturing with artificial intelligence in the field of construction. 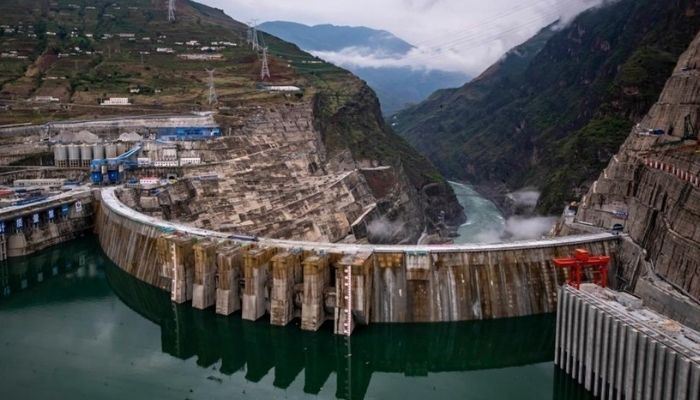 The dam is estimated to be having a total size of ~355′ ft (photo credits: Xinhua)

The project, which is being carried out by the Science and Technology Department of Tsinghua University, is focusing on building the Yangqu Dam on the Tibetan Plateau layer by layer. After the two-year construction period of the dam, it will then be used to supply the Yangqu Hydropower Plant, which will provide the Chinese province of Henan with about 5 billion kWh of electricity every year. In concrete terms, this means that a total of 100 million people will be able to benefit from the 3D-printed dam, as it will secure their electricity supply. The electricity will be transmitted through a high-voltage transmission line of about ~4920ft, which has been built separately for the transmission of green energy aiming at sustainability. Liu Tianyue, one of the lead scientists of this project, comments that they want to “free people from heavy, repetitive and dangerous jobs” with this highly innovative project.

According to the Tsinghua University scientists, the Yangqu hydroelectric power plant is expected to reach a total size of ~520ft upon completion, which would make it the largest robotic 3D printing facility in the world, larger than the two-story office building in Dubai, the current world record holder.  As for the additive manufacturing process, no information has been made public by the scientists regarding the technologies used. It is only known that the excavators, trucks, bulldozers as well as rollers are used without relying on human operators. That is simply made possible thanks to the artificial intelligence that controls these vehicles. 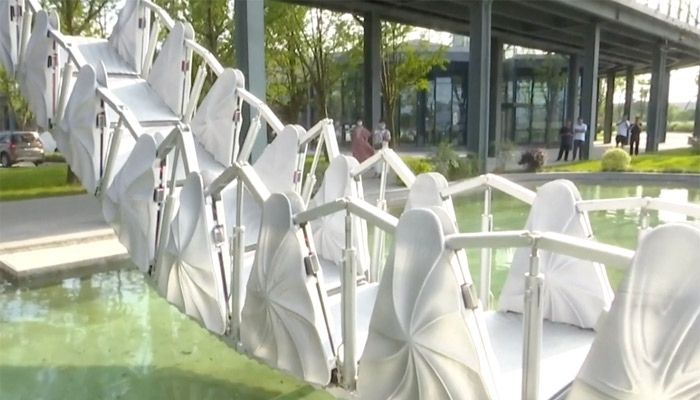 The 3D printed retractable bridge is quite the success

What do you think of the 3D printed dam in China? Will you apply to be one of the participating companies?Let us know in a comment below or on our Linkedin, Facebook, and Twitter pages! Don’t forget to sign up for our free weekly Newsletter here, the latest 3D printing news straight to your inbox! You can also find all our videos on our YouTube channel.