Crane WASP; a modular 3D printer for the construction industry The Italian 3D printer manufacturer WASP quickly specialised in the Fused deposition modeling and now offers a wide range of machines of any size. We remember their 3D delta printer measuring 12 meters in hight and was 7 meters wide, the BigDelta, able to extrude concrete. The company are this time announcing a new solution for the construction sector. The Crane WASP “Infinite 3D printer”, a modular machine accommodating to the needs of the industry. It was presented on the 6th and 7th of October in Massa Lombarda.

In 2015, WASP introduced its BigDelta machine which initially aimed to allow the construction of affordable housing; the Italian company had announced a year later that they would be able to build an entire ecological village called Shambalha. Equipped with 6 modular arms to assemble, the BigDelta could move a load of 200 kg and would be compatible with local materials such as straw or soil. WASP wanted to upgrade its 3D XXL printer and have now unveiled its iteration, the Crane WASP. 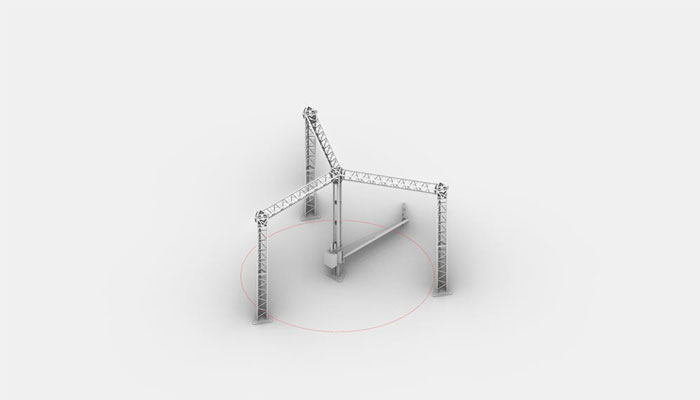 It is a collaborative and modular 3D printer with several configurations. According to the manufacturer, it consists of a main base on which we add the different types of cranes that expand the printing area. The basic module offers a print volume of 6.60 meters in diameter and 3 meters in height. It would be able to extrude conventional concrete, bio-sourced concrete and natural pulp. By adding ties and print arms to the module, we would get an infinite manufacturing system, hence it being called the “Infinite 3D printer”.

The Italian manufacturer states: “It is not necessary to ‘cover’ the entire area involved in the construction with the printing area of the WASP Cranes because they can be reconfigured and can advance with generative attitude depending on the growth and shape of the building. More WASP Cranes, when working together, have a potentially infinite printing area and can be set by the on-site operators following the evolution of the architectural project.” Just like the BigDelta, the 3D printer is easily assembled as well as removable afterwards. 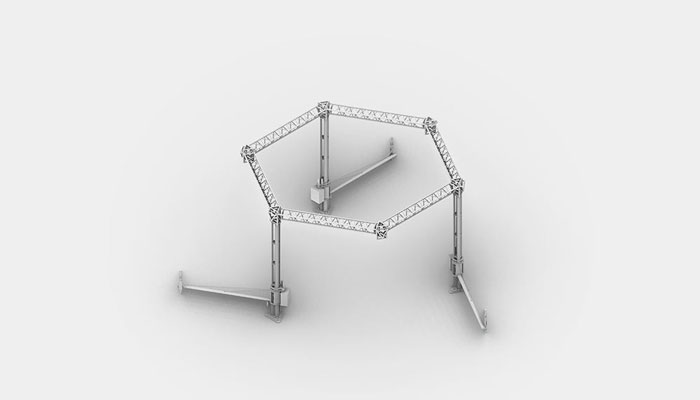 WASP first tested the crane via their construction project called Gaia, a house printed in 3D from a mix of earth, straw and compost. The house was presented October 6th and 7th in Italy. Find more information on the official event page .

What do you think of the Crane WASP solution? Let us know in a comment below or on our Facebook and Twitter pages! And remember to sign up for our free weekly Newsletter, to get all the latest news in 3D printing send straight to your inbox!