Cocuus on the Integration of 3D Technology in Food Production 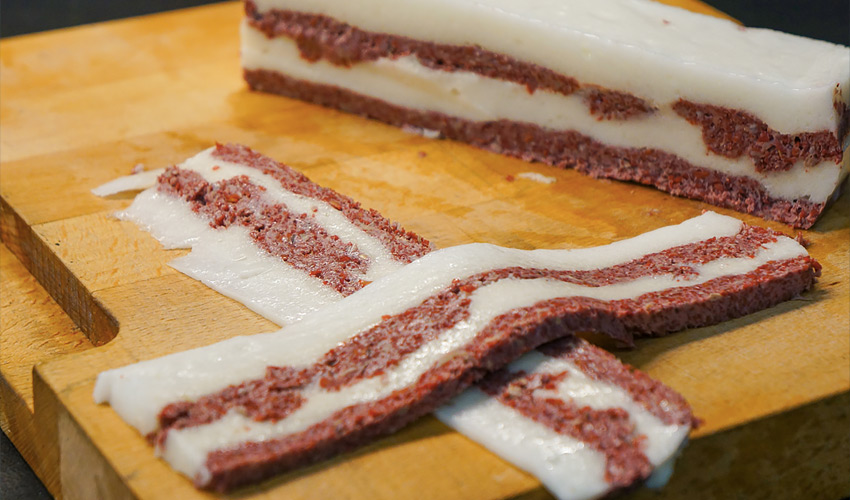 Today, additive manufacturing is not only used for the creation of prototypes using thermoplastics. Advances in the development of new materials have allowed this technology to be implemented in a wide variety of sectors. This is also the case in the gastronomy sector. More and more companies are looking for solutions to 3D print food in a simpler way or without the use of animals. One of these companies is the Spanish company Cocuus, which has developed its own additive and subtractive manufacturing solutions to be used with food. To learn more about the company and its implementation of these cutting-edge technologies, we met with one of the founding partners, Patxi Larumbe.

3DN: Can you briefly introduce yourself and your relationship with 3D printing?

We are a company that has been designing 3D printers for 20 years. People have known about 3D printers for 6 or 7 years, but we have been in this field for much longer. So we are people who have been present in the genesis of 3D printing since its inception. As for me, I am Patxi Larumbe, Strategic Director of the company and one of the founding partners, together with Daniel Rico. As far as engineering is concerned, I am an expert in CAD CAM CAR systems, robotics, industrial laser cutting systems. 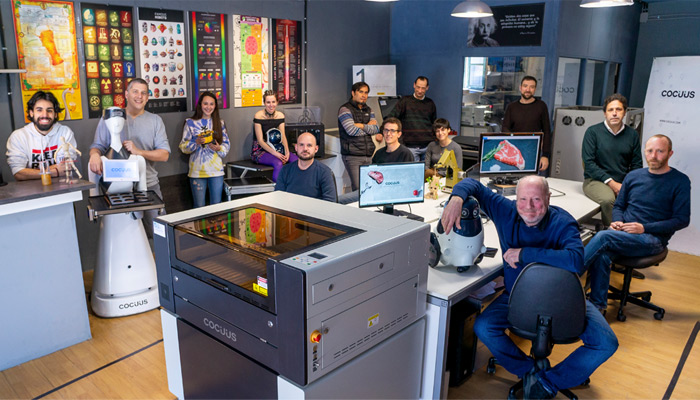 I built the laboratory in Cizur Menor to dedicate to the research of laser applications in industry, education and gastronomy as I am expert in almost all the processes applicable in the use of lasers. This includes CO2, fiber, ruby, diode and UV diodes, calculation of optics for process optimization, beam and optical alignments, use of DSP cards, robotics, stepper motors, servo motors, drivers, Cartesian axes, delta, and systems with galvos. In addition I have knowledge in the field of show laser illumination. Such as the programming of systems with ILDA standard, programming of arduinos and firmware marlin and GBRL, stereolithography systems.

3DN: How did the idea of creating Cocuus come about?

When the 3D printing patent came to an end, after 20 years, we decided that we were not going to create 3D printers that print plastic, like everyone else does. So, we decided to start focusing on food 3D printing. This is because we believed at the time, and rightly so, that it was going to be a field with less competition. Food 3D printing is something that is done by very few companies in the world.

And like the best companies, it all starts with a few meetings of “makers”, at tables crammed with arduino boards and beer cans alike. That was the seed of a friendship and an alliance that would eventually lead us to leave our jobs and bet on entrepreneurship, something very difficult to do, but it is that same initiative and belief in what we do that has made us get here, even if we still have a long way to go. 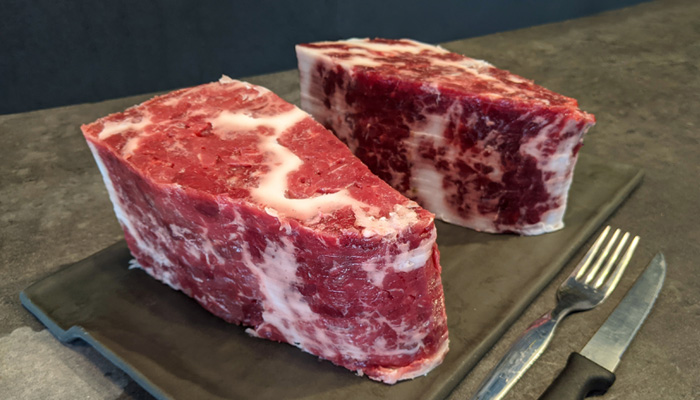 The first laser machine we assembled was used to prepare dinner for our friends, creating different dishes that surprised both for their novelty and for the potential that such a technology would have in the restaurant market. And from there arose the interest in providing chefs with new working tools, both for cutting the base product, as well as for molds or to change textures or make engravings and drawings on food.

3DN: Could you explain the 3D food printing technology from Cocuus?

We are using this 3D technology in several fields and with different approaches. The first is the use of a disruptive 3D technology that is based on subtractive printing instead of additive printing, which is completely different from what we have around the world. What we do is we use laser machines that are a little bit bigger than the size of an oven, and we put the food in there and we shape them based on cut-outs. The leftovers are recoverable and we have also discovered how different foods react to such an intense beam.

Not only that, we find that caterers, chefs, caterers and events companies are very attracted to the options it presents for marking or engraving on food. And as we do these projects, we like what we do more and more. I remember a project with some kids at school when the lunchroom staff said, “Kids don’t even look at the fruit.” We carved some apple turtles with our machines and at the end of the event there wasn’t a single one left.

Then we decided that we were missing color in our products and we applied it thanks to food inkjet printing. To be clear: we use a paper printer with food inks, but instead of printing on paper, it paints on a donut, on a cake, or on the foam of coffee or beer. 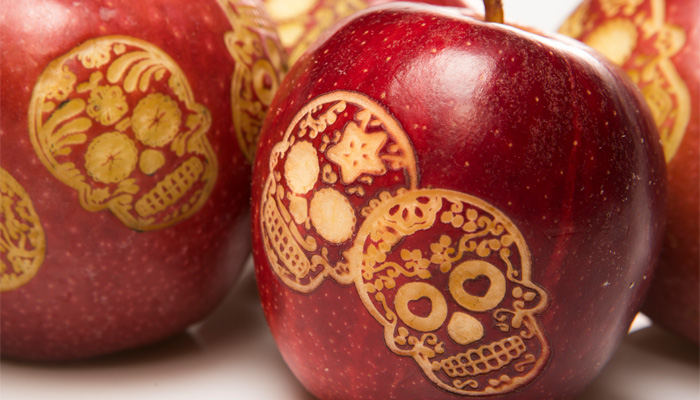 Drawing made with a laser engraver on an apple (photo credits: Cocuus)

And with the pandemic, we had to leave this type of products a bit to the side, because there were no events of any kind and the hospitality sector suffered a lot all that time, so it was going to be difficult to offer any of these services. So we turned our attention to developing geriatric and hospital 3D printing, to produce food that is a an easier to consumer replica but whose external appearance very similar to real food dishes, for people who cannot chew and with swallowing or dysphagia problems.

Finally, we are now fully engaged in bioprinting, which consists of printing mimetic products with an appearance and texture as similar as possible to meat and fish products, but using as raw material either vegetable protein products or cells grown in bioreactors.

The main advantage that we offer to the market is that whenever we evaluate a project, it has to have industrial projection and scaling. We don’t tackle anything that can’t be done very quickly and industrially. So unlike our competitors we make machines that produce products very fast. And we are also developing machines that can be fed with different ingredients so that, with slight modifications, they can be used to produce cell-based as well as plant-based products.

In terms of limitations, there will certainly be some types of food that will not be replicable, but the biggest limitation or obstacle may come from not being able to properly transmit the benefits on a planetary scale: 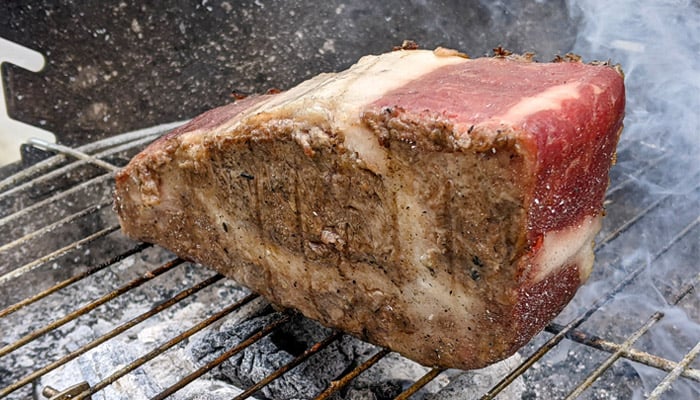 3DN: Where do you see 3D food printing in the next few years?

We have to evaluate what 3D printing is. If we talk about 3D printing as taking dough and turning it into an object, then most of the future of 3D printing is in the hands of global production. What we believe is that there are definitely going to be factories where chops come out and cows don’t go in. You can find more information on our website HERE.

What do you think of Cocuus’ food 3D printing? Let us know in a comment below or on our Facebook and Twitter pages. Don’t forget to sign up for our free weekly newsletter, with all the latest news in 3D printing delivered straight to your inbox!