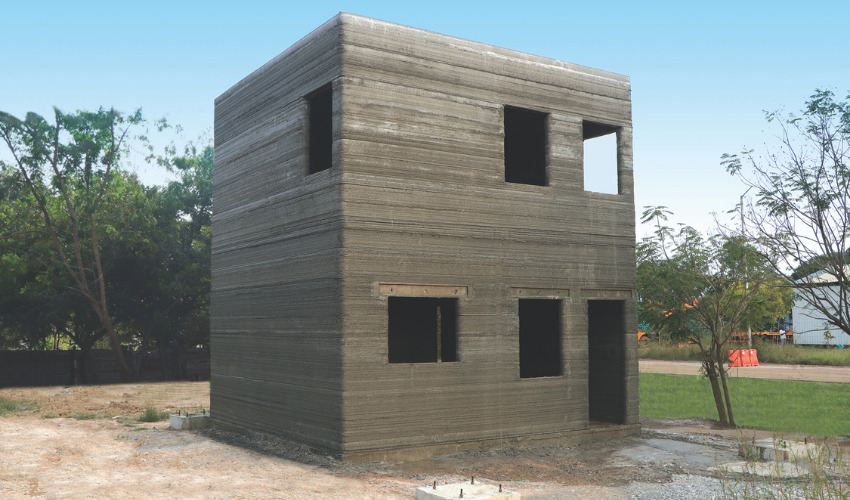 L&T Construction has announced that it has developed India’s first 3D printed two-story building. The building was created using a COBOD printer and is the second Indian 3D printed house, the first was a single storey house also built by L&T Construction with a COBOD printer. The building is fully compliant with Indian building codes and was made with a 3D printable concrete mix, developed by L&T construction’s in-house team. Additive manufacturing (AM) is becoming increasingly prevalent in the construction sector, with more and more companies looking using 3D printing for faster and cheaper construction projects. 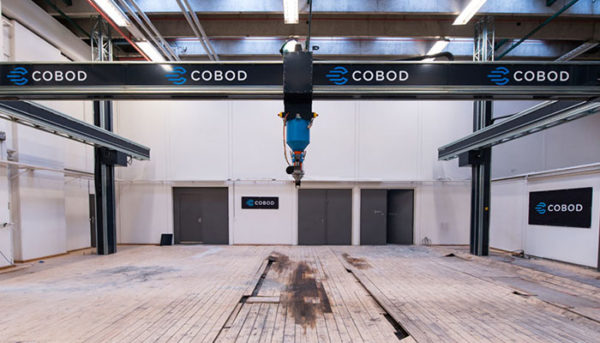 The project is notable for its use of conventional concrete in in 3D printing process, COBOD mentions in its press release that up to this point, most 3D printed buildings have been made with ready mix mortars, except for the previously mentioned BOD which was also created using real concrete. Ready mix mortars are both more expensive and weaker than regular concrete, making the use of concrete in this project a significant milestone in the additive manufacturing construction sector. Nelson commented, “L&T Construction’s project marks a huge step forward for our industry, on a global scale. Not only is the project showing that more and more conventional construction companies are adapting 3D printing, but the 3D printing of a real concrete made by L&T themselves is significant, as this helps to drive down the cost even further.”

V. Satish, L&T director & senior executive vice president agreed, highlighting the importance of concrete 3D printing in construction: “3D concrete printing is one of the disruptors with the potential to radically redefine construction methodologies and I am extremely happy that by demonstrating our growing expertise in 3D printing, we are well position to push the boundaries of automated robotic construction.” L&T Construction is the largest construction company in India, ranking among the world’s top 30 contractors. The 65m2 two-story building is located close to Chennai and used concrete made by L&T’s in-house team, incorporating locally available raw materials and methods for integrating reinforcement with the 3D printed concrete. 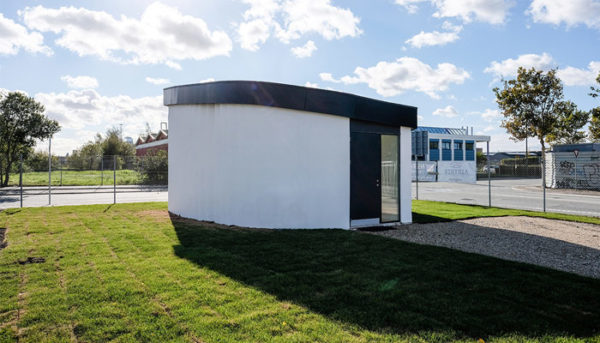 With 3D printing, manufacturers hope that building houses will not just be faster and cheaper, but also more sustainable as well. Many hope that buildings like these will provide solutions to a number of problems in society, including ending homelessness. You can find out more about COBOD’s projects at its website HERE.

What do you think of this 3D printed building? Let us know in a comment below or on our Facebook and Twitter pages! Sign up for our free weekly Newsletter, the latest 3D printing news straight to your inbox!