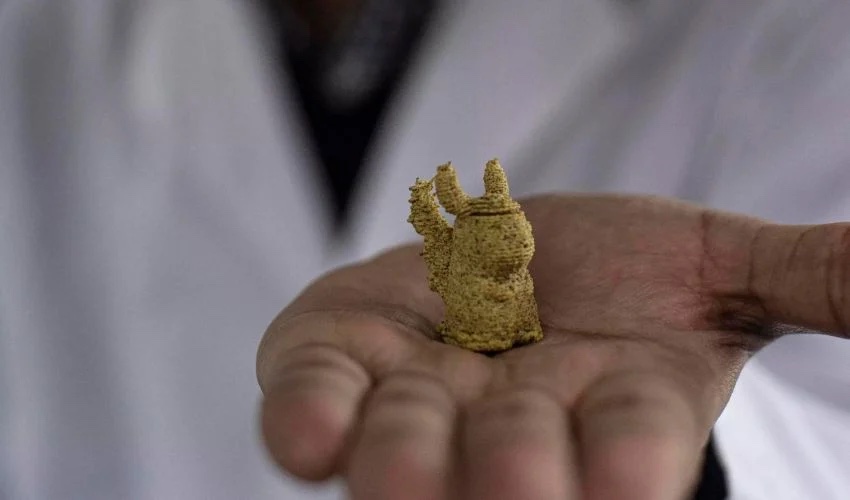 Nutrition experts from Chile have used 3D printing to develop food for children that not only looks good, but is also packed with valuable nutrients. The healthy food simply contains dehydrated Cochayuyo, an algae that is commonly eaten in Chile, some instant mashed potatoes, and hot water. With these 3D printed creations, the experts hope to revolutionize the food market in the future, especially in terms of children’s nutrition.

Cochayuyo, often referred to in English as New Zealand bull kelp or its scientific name Durvillaea antarctica, is an edible algae, which has been an important food resource for the Chilean indigenous people for centuries. The seaweed belongs to the botanical family of Phaeophyta, also called brown algae, and is native to the cliffs of Chile. There it grows on rocks and especially in places with intense waves and depth. The algae are still collected there today under sometimes dangerous conditions and dried on the rocks.

The alga is said to have healing properties. For example, it is used against heartburn and constipation, but also has a cholesterol-lowering and weight-reducing effect. It is also rich in important nutrients such as omega-3 fatty acids, iodine, polyphenols, vitamins B and B1, and iron. In addition, having 11g of protein per 100g, it is an important source of vegetable protein. There are many possibilities for the consumption of the Cochayuyo seaweed and it is very easy to prepare. It only takes about 15 to 20 minutes to cook and dehydrate it. It can then be used in soups, salads, stews, as an ingredient in paellas, and much more. 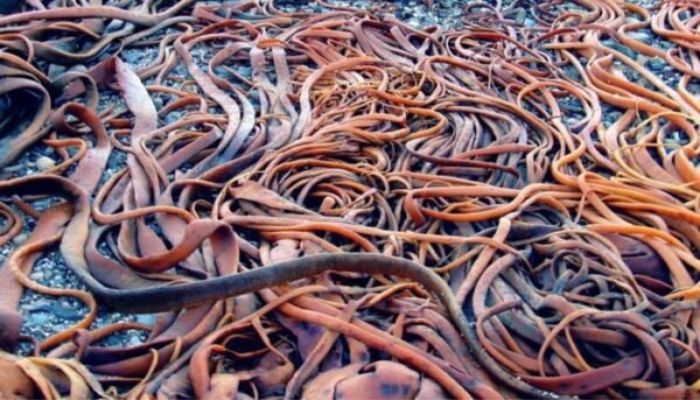 Using 3D printing, Roberto Lemus, a professor at the University of Chile, and several of his students have succeeded in developing nutritious edible figurines. Because these are intended to appeal primarily to children, they are produced in all sorts of shapes, such as in the form of Pokemon or animals. Though, the main focus, according to Professor Lemus, will be on the nutritional content of the figurines. According to him, the product should be very nutritious for people, but it must also be tasty so that children also like to eat it.

“We’re looking for different shapes, fun figures, visuals, colors, taste, flavors, smells,” Lemus says. “The product has to be highly nutritious for people, but it also has to be tasty. “

To make these figures, dehydrated Cochayuyo algae are ground into Cochayuyo flour, which is then mixed with instant mashed potatoes. After that, hot water is added to form a gelatinous substance. According to Lemus, the starch contained in the mixture stabilizes the printing process. This substance then serves as the raw material for the 3D printing process, in which the figurines are produced in just seven minutes with the help of a food 3D printer. The project, which has been in research for around two years, is still in its infancy, but the goal is to provide children with nutritious snacks that are not only healthy but also fun to eat.

What do you think of the project to make 3D printed food in Chile? Let us know in a comment below or on our LinkedIn, Facebook, and Twitter pages! Don’t forget to sign up for our free weekly Newsletter here, the latest 3D printing news straight to your inbox! You can also find all our videos on our YouTube channel.