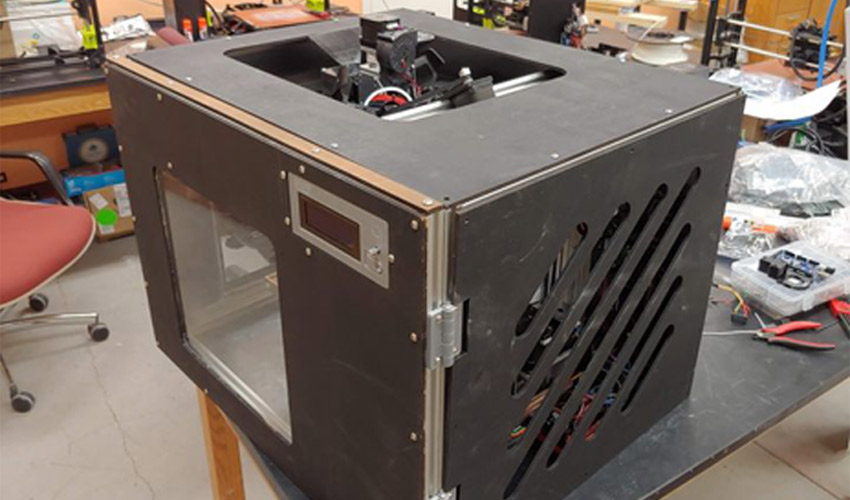 At Michigan Technological University, a team revealed plans for an open-source 3D printer called Cerberus. This additive manufacturing solution would be capable of extruding high-performance materials at a relatively affordable price, since the machine itself can be built for less than $1,000. A great feat for the additive manufacturing market, which until now has offered much more expensive professional solutions. The 3D printer would be compatible with PEKK and PEI (better known under its trademark ULTEM), and it can replicate itself, i.e. print its own parts.

In 2004, the RepRap made a lot of ink flow on the market: Adrian Bowyer, RepRap’s inventor, designed the first self-replicating printer, which is able to quickly manufacture its own components. This type of machine is generally made up of accessible parts that can be easily found on the market. Until now it was mainly compatible with standard materials such as PLA. However, recently, Joshua Pearce of the University of Michigan has developed an open-source model capable of processing high-performance materials, mastering very high temperatures for a very low price. 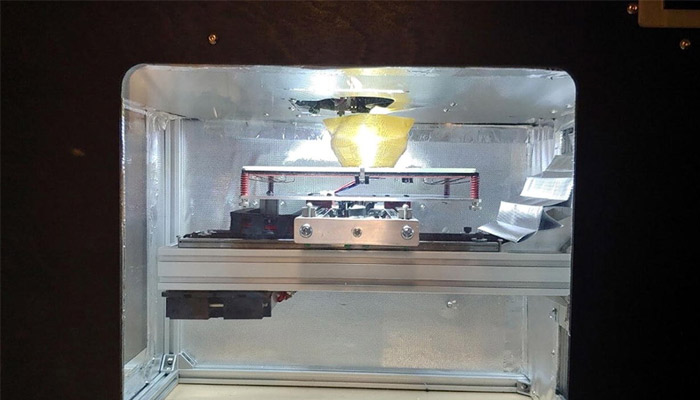 The machine in process of 3D printing. (Image credits: OSF)

The Cerberus 3D printer has three print heads – the name was inspired by the three-headed dog guarding the Underworld in Greek mythology. One of print heads is capable of reaching up to 500°C thanks to a V6 metal nozzle, while the E3D heating plate can reach 200°C. The printing chamber is closed and has a 1kW heating core capable of rapid start-up. What is interesting is the way the chassis has been designed: everything can be placed outside the heated chamber, which makes it possible to maintain the right temperature, avoid any warping and reduce the cooling fans at the same time. An optional pellet extruder is also available, further expanding the range of compatible plastics.

Why build an open-source 3D printer?

If Joshua Pearce wanted to put the files of the 3D printer online, it is to offer an efficient solution to all those concerned in this particular context of health crisis. While COVID-19 has upset all markets, the additive manufacturing sector has still managed to innovate, for instance by proposing protective equipment. Thus, the Cerberus 3D printer could be an inexpensive solution for manufacturing medical devices that can be sterilized and that will, a priori, be more resistant and durable over time. However, it should be noted that the assembly of the machine parts remains relatively complex. 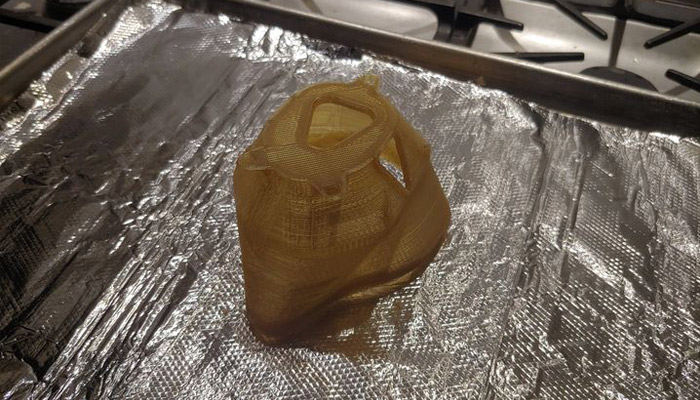 Joshua Pearce explains that he has performed several tests on his Cerberus machine such as creating a PEKK face mask. He reports an average tensile strength of 77.5MPa for PEKK printed at 390°C and 80.5MPa for UTLTEM at 380°C. The team states that their test was successful, that no deformation was observed and that the piece remains perfectly functional even after being sterilized at 150°C. The material could also be annealed to bring the maximum temperature to 260°C, which is more than sufficient for complete sterilization.

You can find more information and project sketches HERE. What do you think about Cerberus 3D printer? Let us know in a comment down below or on our Facebook and Twitter pages! Don’t forget to sign up for our free weekly Newsletter, with all the latest news in 3D printing delivered straight to your inbox!