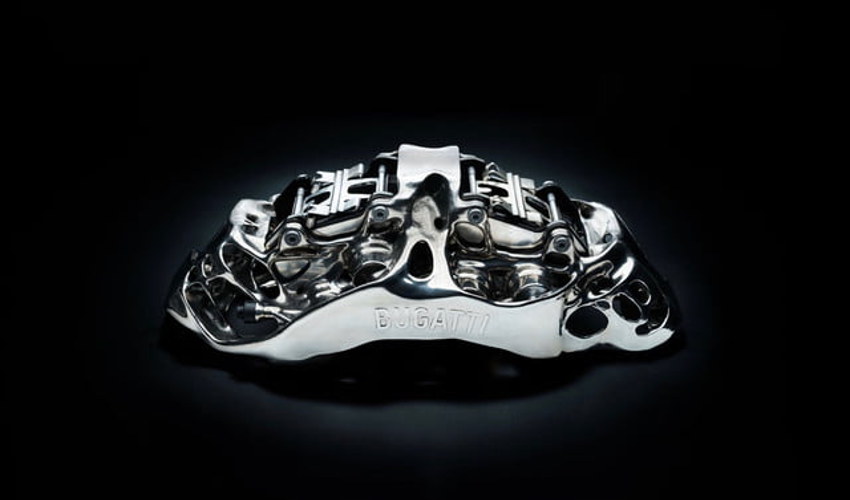 Bugatti are without a doubt one of the most extraordinary car companies to ever exist. Their cars are faster than anything else, whilst still being luxurious and aesthetically stunning. Recently however, Bugatti have announced that they created the world’s first 3D printed brake caliper.

Before judging this piece, you also need to remember that the reason Bugatti cars are so incredible is because every single part of the car are made to save weight and go faster. Even small parts of the car like this brake caliper are carefully engineered for small marginal gains. Though it doesn’t look very different, this piece is made out of titanium, and Bugatti say it is the largest part to ever be 3D printed from it. Bugatti is owned by the VW Group and this project was part of Bugatti’s attempts to showcase 3D printing’s applications for them. 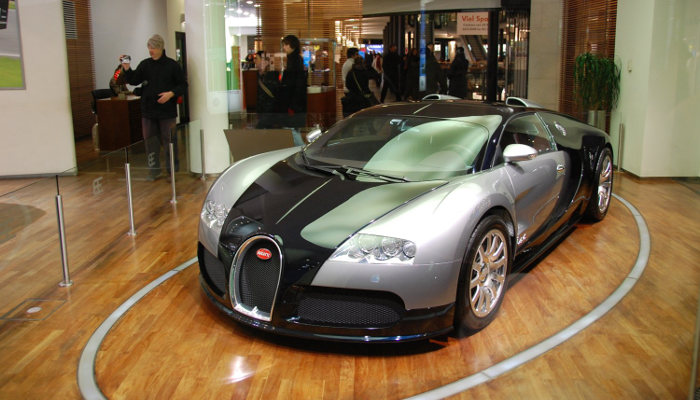 Bugatti are known for creating a number of extremely fast, yet luxurious supercars.

Currently, brake calipers are mostly made from materials such as aluminium. It functions on the disc brakes to ‘clamp down’ on a rotor attached to the wheel hubs. This slows the vehicle. The differences between the new titanium 3D printed calipers and current aluminium ones are profound: the prototype was far stronger and weighed 40% less.

Previously, titanium was a very hard material to work with. However, 3D printing offers new levels of customisation and geometric complexity that traditional production processes just do not offer. Bugatti therefore collaborated with German company Laser Zentrum to 3D print the part from titanium. The printing took 45 hours and was composed of over 2,200 metal layers. The part was then subjected to post-processing before being finished. 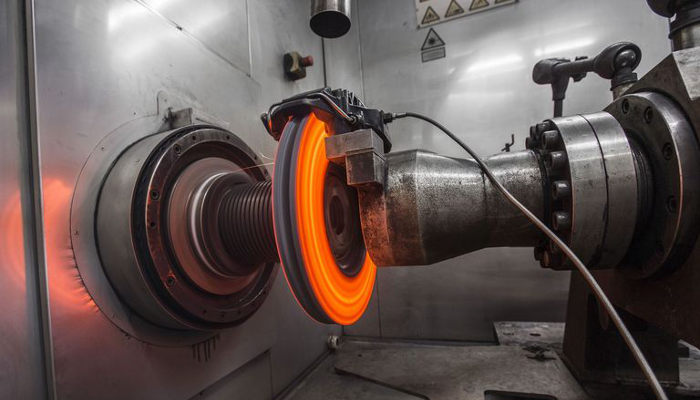 A picture taken during the 3D printing process of the titanium brake caliper.

3D Printing to be integrated into all VW cars?

Though initial tests look good, Bugatti hasn’t tested the brake caliper on any production cars yet. This is however a big win for 3D printing which is showing even more use cases in manufacturing and in transport. Bugatti say they will test this piece in actual production cars in 2018. Perhaps this is just the beginning however. If VW Group notice how effective 3D printing is with cars, they may implement it in their other models. We will have to see how adoption of this innovative technology takes off in the future

What do you think of Bugatti adopting 3D printing in its cars? Let us know in a comment below or on our Facebook and Twitter pages! Sign up for our free weekly Newsletter, all the latest news in 3D printing straight to your inbox!

The Best 3D Printing Videos from 2021