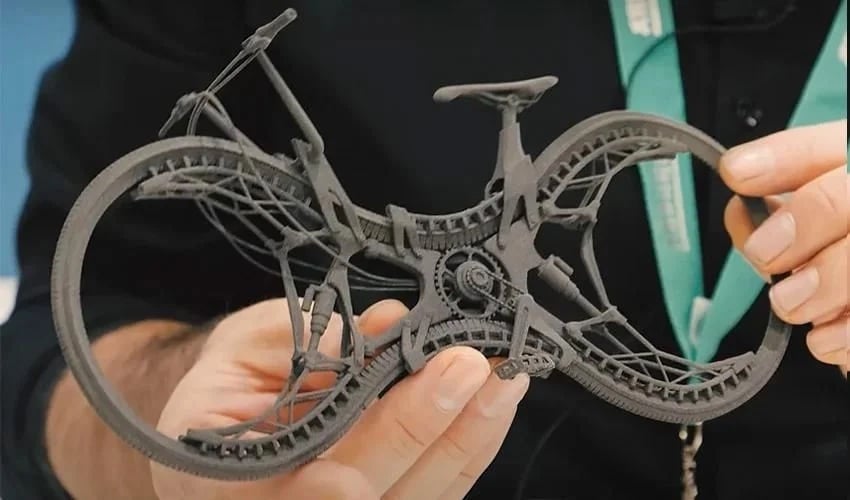 Can you imagine riding a bike that is designed completely differently than what we know today? Well, German designer Stephan Heinrich has brought this idea to life using additive manufacturing. The Infinity is a concept that could break the rules of design as we know them today. It’s an all-wheel drive bicycle that at first glance seems like an idea from the future, but which could be closer than we think. Though currently modern engineering marvel is still in the concept stage, 3D printing has made it possible to bring the idea of this bike to life and demonstrate its long-term viability.

This is not the first time that 3D printing and bicycles have come together in a project, especially in the development of parts. In general, this technology allows the production of bicycle frames optimized to reduce the final weight of the bikes. In this case, however, 3D printing played a completely different role than we’re used to. It was used to build the small prototype of this revolutionary all-wheel drive bicycle concept. Though, it still remains to be seen whether the idea will come to fruition and whether 3D printing will be used to manufacture some of the parts. 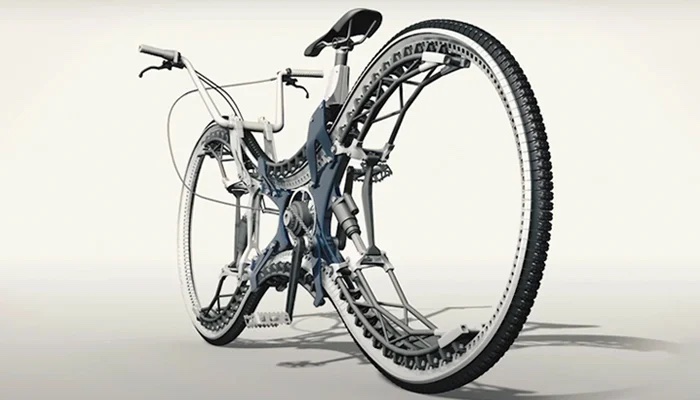 The all-wheel drive bicycle would have a monotypic chain system that forms a temporary rim on the wheel sections and a toothed belt drive in the inner groove. The method by which the bicycle propels itself is at the center wheel, as the crank generates the power needed to move the wheels. Thus, the bicycle is set in motion with the help of the short chain and an 8-speed gearshift, which is not comparable to that of conventional bicycles. Heinrich used selective laser sintering technology from the manufacturer Sintratec to develop this small-scale prototype.

The bike’s name, “The Infinity,” comes from the structure of the four-wheel drive itself, which is shaped like the infinity symbol. As for damping, Heinrich says the 3D-printed bike will have independent suspensions front and rear. This will allow the bike to adapt to and handle all kinds of bumps. The designer is still working on developing this concept, but he is sure it could revolutionize the market and break current design norms. “If the necessary funding is raised and strategic manufacturing partners support the project, the bike could soon go from a concept to a prototype and then to a commercially viable product for the masses,” he concluded. Whatever the future holds for this idea, we’ll keep you posted on any new developments.

What do you think of the new type of bike? Let us know in a comment below or on our Linkedin, Facebook, and Twitter pages! Don’t forget to sign up for our free weekly Newsletter here, the latest 3D printing news straight to your inbox! You can also find all our videos on our YouTube channel.