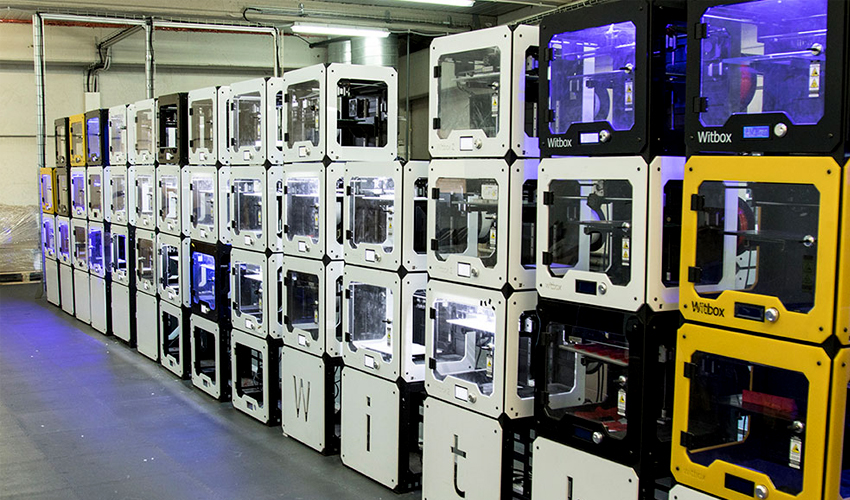 If you have ever thought about a 3D printing factory and what the history of 3D printer manufacturing, this is the article for you. How long does it take to build a 3D printer? What process is necessary for the production of these innovative machines? BQ have opened the doors of their factory to us in Noáin, Navarra. Therefore, we went to check out the production of one of the largest 3D printer factories in Spain.

BQ produce 414 products a day, ranging from the robot Zowi to their three 3D printers; the Witbox 2 (which we tested here), the Hephestos 2 and  the Witbox Go! The Witbox Go is notable as it is the first 3D printer with Android OS. BQ have recently become one of the bestselling 3D printer brands, selling 50,000 3D printers per year across 50 countries. 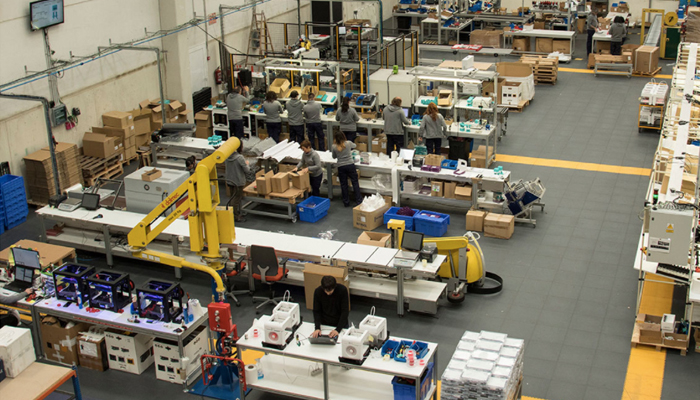 How does a 3D printing factory work?

After years of study and research, BQ engineers developed the first prototypes of their 3D machines. These were extensively adapted into the models currently on the market today. When arriving at the factory there are two differentiated spaces, the storage center with the products and materials necessary for 3D printer assembly, and the production and development area where technical engineers and workers are. 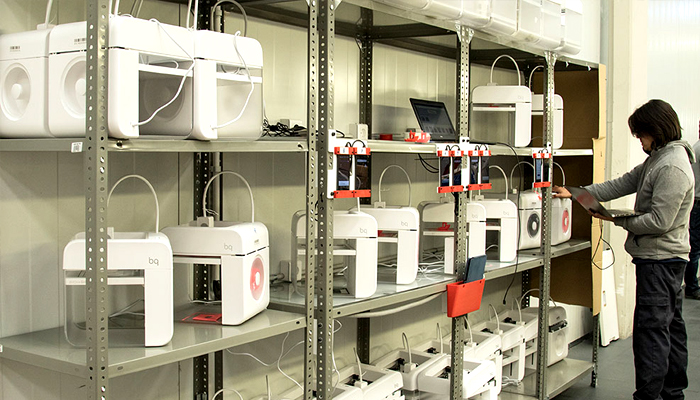 Review of the production of 3D printers Witbox Go!

BQ is a brand that has always promoted the RepRap movement and the replication of printers by other 3D printers. Therefore, it has a large room with 3D printers working all year round to create pieces of other 3D printers. In BQ’s factory, experts check the printers so that they comply with the highest level of quality standards. They perform different printing tests that check the extruder, the machine’s speed, and the printed models’ quality.

The factory prepares for the Christmas

BQ’s factory production increased between November and February as demand increased. This was partly due to the Witbox Go’s arrival this year. Created to convert 3D printing into something much more accessible, the Witbox Go allows you to create 3D models in just a click. In addition, the Witbox Go is extremely easy to use, operated by Android’s Operating system. 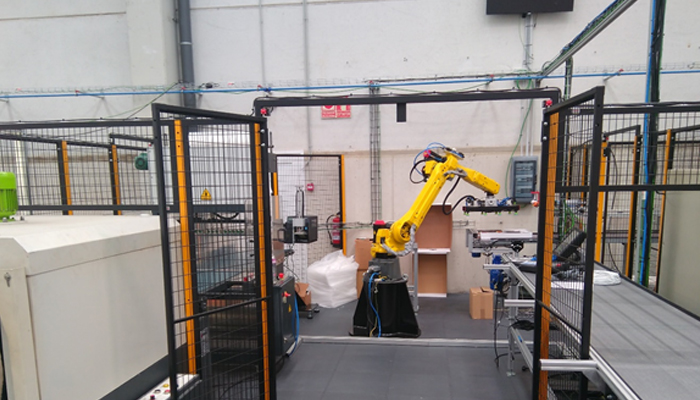 Robotic system for the preparation of 3D printer kits

With hours of production and development, within the Navarra 3D printing factory, BQ has managed to bring 3D technologies to the world and make 3D technologies much more accessible to all. We will have to see what BQ decide to do in the future in regards to new 3D printers. Perhaps they will target an even cheaper model to take over the consumer market, or create an industrial 3D printer to rival some of the 3D printing giants. 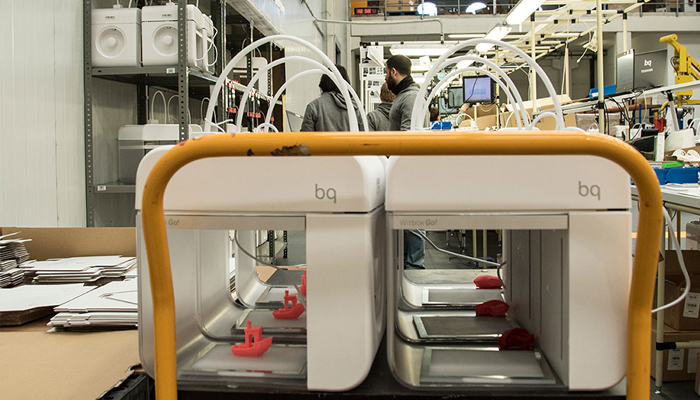 You can view all of BQ’s printers on their website here.

What do you think of BQ’s 3D printing factory? Let us know in a comment below or on our Facebook and Twitter pages! Sign up for our free weekly Newsletter, all the latest news in 3D printing straight to your inbox!