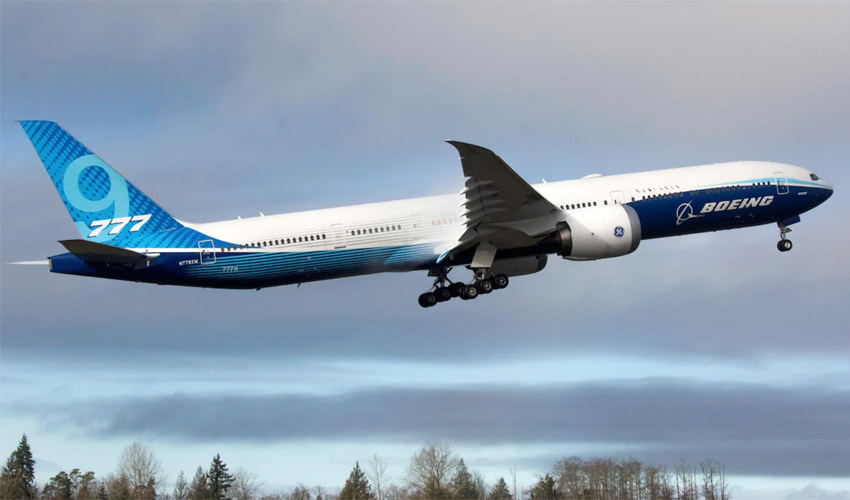 The Boeing 777X successfully completed its first long-haul flight last Saturday, placing it among the largest twin-engine aircraft on the market. What’s particularly exciting about this new aircraft from the U.S. giant is that its two GE9X engines incorporate more than 300 3D printed parts, produced by GE at Avio Aero in Cameri, Italy, and GE’s Additive Technology Center in West Chester, Ohio. Several sizes of components were designed, from temperature sensors to fuel mixers to heat exchangers.

Boeing has been interested in additive manufacturing for some years now, mainly for the production of spare parts. The American group is gradually taking another turn as it seeks to integrate 3D technologies into its production processes: its new Boeing 777X is perfect proof of this. Based on the Boeing 777, the group’s best-selling model, it would be the largest jet on the market but also the most economical. The aircraft would produce fuel emissions 10% lower than those of the competition. 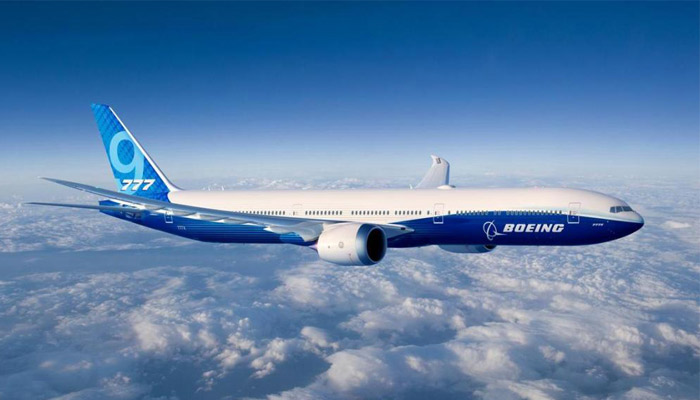 The Boeing 777X took many years to develop

The Boeing 777X was produced in collaboration with GE, which leveraged several of its advanced manufacturing technologies, including additive manufacturing with its laser powder bed fusion machines. The GE9X engines are particularly interesting because they integrate several 3D printed components. For example, the fan blades and their enclosure were made from carbon fibre composites, reducing their weight and the number of blades from 22 to 16. Another example is the 3D printed metal fuel nozzles, which reduce fuel emissions and thus lower costs. The engines are impressive in size, with a fan diameter of 3.4 metres!

Ted Ingling, GE9X programme manager, explains: “The Boeing 777X flight test programme with the GE9X will validate the performance objectives and benefits of this aircraft/engine combination. The GE9X is the most fuel-efficient jet engine that GE has ever produced. We have found additive manufacturing to be very powerful, especially in the early stages of development, where it allows the design team to rehearse concepts much more quickly.“ 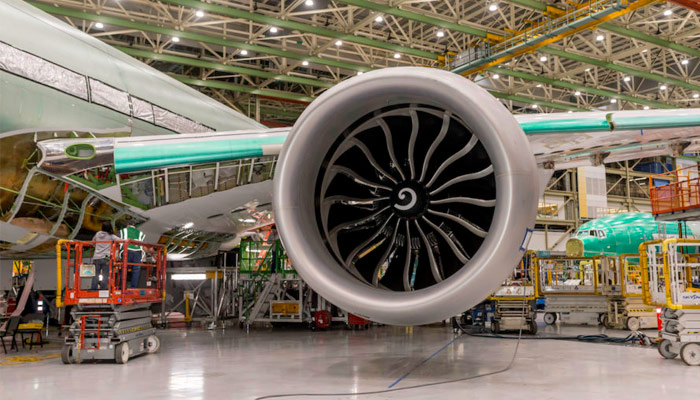 The GE9X engine is one of the most powerful engines on the market.

In terms of performance, the Boeing 777X should offer more advanced aerodynamics than the competition with a larger wingspan and foldable wingtips. Better cabins have also been installed to “offer the flying experience of the future“: larger windows, wider cabins, more convenient access to luggage, etc. It can accommodate 384 passengers and successfully completed its first long-haul flight (Everett – Seattle) last Saturday. You can find more information about this new model on the American manufacturer’s website and see it take off in the video below:

What do you think of the Boeing 777X? Let us know what you think in a comment below or on our Facebook and Twitter pages! Don’t forget to sign up for our free weekly Newsletter, with all the latest news in 3D printing delivered straight to your inbox!