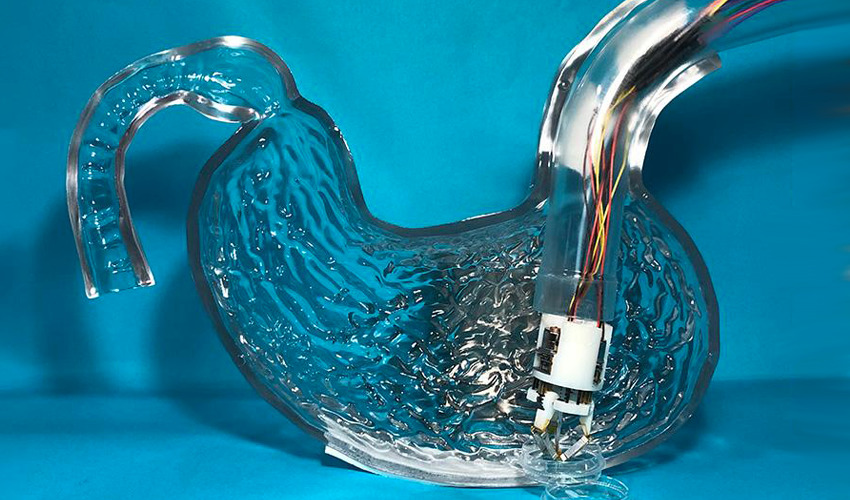 Bioprinting technologies have been advancing quite rapidly in recent years. In the medical sector, this method allows cells and biomaterials to be combined and deposited layer by layer, aiming to create biomedical models with the same properties as living tissues. In addition, there are many bioprinting projects that focus on the creation of human organs in three dimensions. Today we present you a new application of 3D printing in medicine, which could potentially facilitate the treatment of ulcers of the digestive system. The recently developed technique involves printing directly onto stomach. How does it work?

The team of researchers developed a micro-robot that is 30mm wide and 43mm long ( when folded), and can reach 59mm once it is deployed. David Hoelzle, a mechanical engineer at Ohio State University, said, “The team has designed ingenious mechanisms that enable a compact system to penetrate the body and, once the narrow entry restrictions are overcome, it deploys to cover a large work area”. For the sake of the experiment, the Chinese researchers attached the device in question to an endoscope to introduce it into a transparent stomach model. When it arrived at its destination, the prototype was able to begin bioprinting gels loaded with epithelial and muscle cells on the stomach wall!

These 3D printed tissues maintained their viability and managed to proliferate for 10 days, which means that they could eventually heal real ulcers in the digestive system. Normally, conventional treatments are slow and not always completely effective, which is why this in situ bioprinting project could represent a great advance in the treatment of gastric wounds. Tao Xu, one of the main authors of the study, states: “Future research could reduce the width of the micro-robot to 12 millimeters and equip it with cameras and other sensors that would enable it to perform more complex operations.” 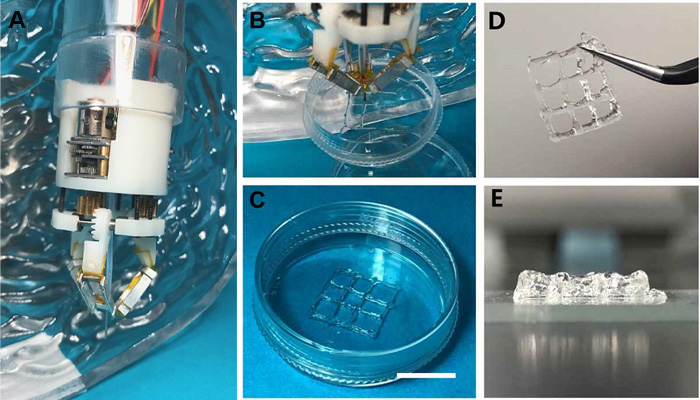 The only problem the research team faced during their experiment was that the biomaterial only remained stable if it was at colder temperatures. However, at normal body temperature, it was too liquid to form structures. Thus, another study developed by Hoelzle and collaborators, opted for a gel that kept its shape at warmer temperatures. According to Hoelzle, this technique cannot be used to 3D print complex organs, but it could help to enhance surgical interventions with simpler structures thanks to bioprinting. You can find more information about the project, HERE.

Do you think bioprinting directly onto stomach is a more effective way to deal with gastric problems? Let us know in a comment down below or on our Facebook and Twitter pages! Don’t forget to sign up for our free weekly Newsletter, with all the latest news in 3D printing delivered straight to your inbox!

How to avoid 3D printing problems

Formnext Connect: what to expect from the event in 2020?